8 Obvious Reasons Why Women Should Train Differently Than Men

When it comes to weight training, we all have different goals. However, the difference between male and females is significant enough to be discussed and we’d like to have the honor of explaining why women should train differently than men.

Now, obviously any differences are biological and it’s fascinating to learn how men and women differ regarding the response to training stimuli and even dietary choices. But, since some individual women can handle more intense training and resistance loads than other women of lesser physical stature, the extent of the differences may not always be significant or present.

So take this general information as just that because anything beyond is subjective based on each person’s genetics and willingness to train their butt off. But, there is plenty of evidence to support the reasoning for the provided information.

There are metabolic differences between men and women, with the advantage going to the female lifter of course. How so? Well, women have lower arterial blood pressure which allows more oxygen to get to the muscles and this makes it easier to train under stress for longer periods of time. (1)(2)

Also, women tend to have less lactic build up which is responsible for that agonizing burn in the muscles. This allows women to keep training through the pain of the lactic acid build up; which usually makes workouts rather difficult to get through. (2)

This is a great benefit because it can result in more lean muscle mass and strength gains. Now, does this mean men could get better results if they could better handle metabolic stress? Probably. What to what extent is uncertain but there’s a likely an advantage to not being limited by lactic acid.

2. Women Don’t Need As Much Rest Between Sets

It’s a rare thing to see a woman taking long breaks in between sets and that’s because they simply don’t need it. On the other hand, you might often catch more men sitting on a bench or walking around for a few minutes before they do another set.

Now, it’s not just because women get straight to business and don’t like to take breaks (There’s a little truth to this statement). But rather, women can recuperate a little quicker because of their tolerance to metabolic stress like previously mentioned, more slow twitch endurance fibers, and less overall power output during a set. (3)(4)

A study which compared both genders actually found women to recover faster during equal effort sets.

So since most women on average have less natural physical strength than the average male, they often do not have the same amount of sheer power to exert themselves to the same extent. But if a woman did have the same strength, this would probably no longer stand as true. Since this is based on averages, we’ll assume the average female is physically inferior regarding brute strength.

Therefore, women do not need quite as much as recovery before they are back in the gym training. But there’s a little more to it than just power output because women don’t suffer as much muscle damage and they recover faster as a result of having more protective estrogen which naturally protects against a lot of muscle tissue breakdown. (5)

But this doesn’t go for all women since there are really strong female lifters out there who really push the limits with high intensity. On average though, men deal with more metabolic stress when they lift at full intensity and they have more fast twitch fibers which fatigue much faster than slow twitch fibers seen more in women. (3)

4. Women Can Get Better Results With Higher Reps

Women generally have fewer amounts of fast twitch muscle fibers than slow twitch fibers. Men are the opposite having more fast twitch fibers and less slow twitch. This is a biological difference between the two genders which explains why men are generally more explosive when it comes to training and athletic performance. (3)

Fair enough… so basically fast twitch muscle fibers are responsible for explosive movements like jumping, punching fast, powerlifting, sprinting etc. due to being thicker and contracting much faster. (6)

So what we’re trying to get at is female lifters can benefit from high rep sets by utilizing these slow twitch fibers which will result in more muscle mass and strength gains. A slower tempo during training is a smart way to train with higher volume sets.

Why do women do better with higher fat diets? Well, first off, women oxidize more fat than men during endurance activities, whereas men oxidize more carbohydrates and protein on average. So, this means a woman can eat foods higher in fat like avocados, nuts, salmon grass-fed beef and burn them for energy more than she could by eating sweet potatoes, rice, and oatmeal. (7) 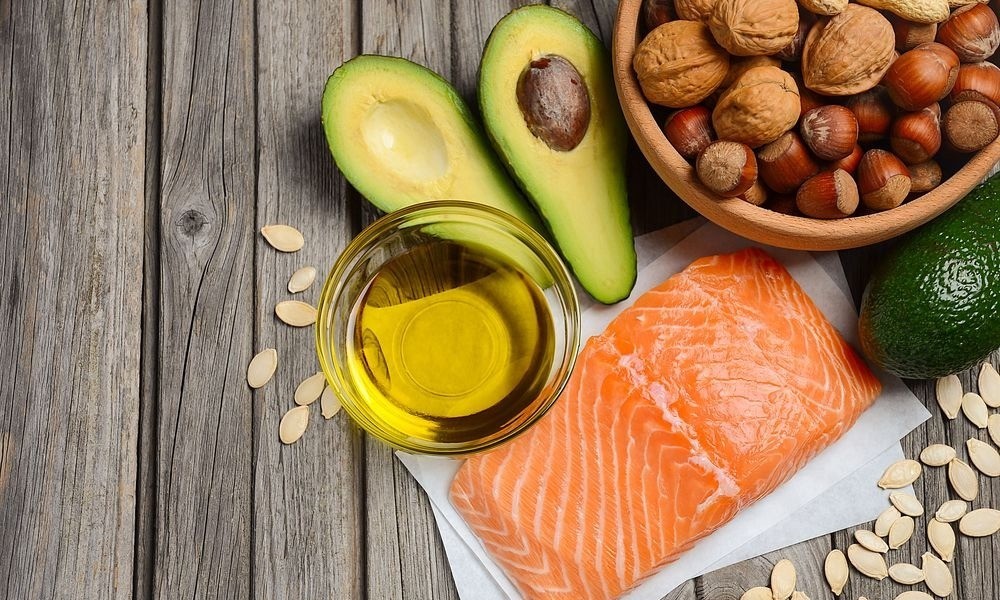 But high fat is also vital to a woman’s hormones and health because it regulates estrogen and testosterone which are both crucial for muscle building but the benefits go much further. Omega-3 Fatty Acids are essential fats not made by the body and they are vital for cell membrane development in the body, preventing inflammation and also staving off heart disease according to research and evidence. But you must get your Omega-3’s from food sources like Fish, Flax seeds, oils, leafy vegetables etc. since the body cannot produce any. (8)

It’s also important to note that the less fat a woman has, the smaller her breasts will become since estrogen is directly related to fat intake. So low estrogen means less breast tissue development.

So what does this have to do with training?

Since women utilize more fats than carbs when training, fat intake should be increased so you can properly fuel for any activities. This may or may not be bad news depending on whether or not you love carbohydrates (We all do). But we have to utilize how our body chemistry works with certain nutrients and make necessary adjustments in order to make the best gains possible!

Now, because women tend to need a few more sets than men to build muscle, they can really benefit from higher volume training. It’s just that a female lifter generally cannot generate the same power output as a male lifter, which means more volume can work wonders for sufficiently stimulating a muscle. (9)

But that’s not all… the estrogen women produce protects against muscle damage due to being anti-catabolic in nature, and estrogen also prevents protein break-down in the muscles during activity. That’s right men… women have the capability to outlast you in the gym! (5)

So go ahead and get some extra sets and reps in. You won’t over-train unless you’re doing excessive amounts of exercise.

Studies have shown women to outlast men in certain long distance activities but there are a few reasons why and we’ll tell you. First off, studies show women to outlast men in endurance events lasting longer than two hours due to fat being a primary fuel source, so the glycogen storage lasts longer for back up fuel. So, for example, a man needs the glycogen storage as an energy source and it burns up more quickly than fat. (10)

Another reason women may outlast a man in extended activities is that they tend to be smaller in frame size and energy expended during activity is less when compared to men. But heat is another factor here because since heat production is proportional to body size, women can handle it better than an average man. (10)

Now, this isn’t to say all women are smaller and weigh less than men but we’re speaking in general here (Remember, there are always exceptions and this info is subjective beyond average comparison).

The abundance of slow twitch fibers contributes largely to the endurance advantage.

It’s true that women tend to be quad dominant, meaning that they carry more muscle in this area, and tend to lean toward more quad activation during compound leg exercises. Now, this is nothing to complain about being a lady, as a lot of men would love bigger quads but often times for a woman, the hamstrings and glutes lag behind causing an imbalance between the front and back leg muscles. So the best exercises to correct this issue are ones which develop the posterior chain (Backside of the body) muscles. (11)(12)

Incorporating these movements into your workout routine will do wonders for creating a better balance between your quads, hamstrings, and glutes. This is not only good for your physical structure but it makes a big difference aesthetically.

Women and men have a few biological differences; which means their training style should be slightly different on average. This doesn’t mean both genders don’t have any similarities because there are many. But women do have several advantages and disadvantages compared with men; which should be taken into consideration for optimal fitness performance.

Now, women should still train hard with high intensity because explosiveness can be improved. However, we may not be able to increase the number of a certain muscle fiber type as research is mixed on the subject. So we may be forced to work with the cards we were dealt biologically.

But, this doesn’t have to be a bad thing as everyone can improve and overcome any perceived limitations due to what some scientific studies say. Both men and women have disadvantages when compared to the other sex when it comes to physical performance and appearance but it’s just how nature intended it to be…