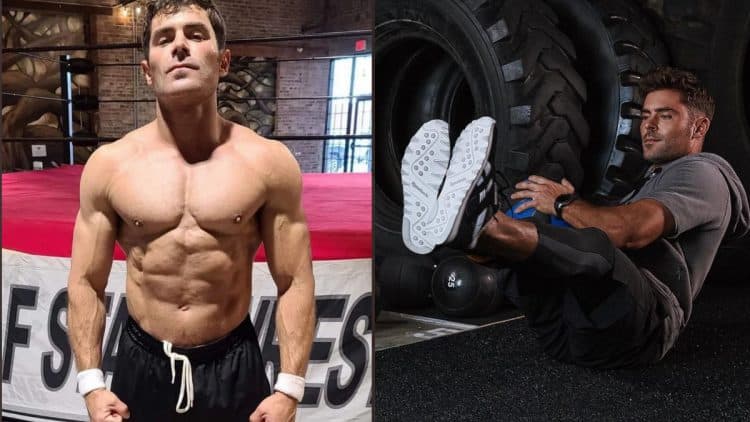 Hollywood actor Zac Efron has taken on many notable projects since starting his pop journey as a Disney superstar. In a recent photo shared on Twitter, Efron looks absolutely jacked while training for his role in the upcoming movie The Iron Claw.

Efron first made headlines for his work in the popular Disney movie franchise, High School Musical. The success of the film skyrocketed his star power as a teen actor. Efron is featured regularly on the silver screen.

In 2017, he went viral for his insane physique in preparation for a role in Baywatch. He followed a strict diet and training regimen to pack on the pounds. Megastar Dwayne ‘The Rock’ Johnson was also a part of the film. Besides shooting the film together, the pair also got the chance to hit a workout, with Johnson serving as Efron’s hype man throughout the training session.

Following the release of Baywatch, Efron talked about what it took to achieve the transformation. He spoke freely about how difficult it was for him to get his physique dialed in. He added that he wouldn’t do it again unless something ‘worthwhile’ came up. It appears Efron has found a project now, and it requires him to get into fighting shape.

In a recent photo uploaded on Twitter, Efron looks insanely jacked while training for the role of a professional wrestler in the upcoming film The Iron Claw. This film will feature a wrestling pioneer during the second half of the 20th century.

Zac Efron also played serial killer Ted Bunny in the movie Extremely Wicked, Shockingly Evil, and Vile. The 35-year-old has maintained his impressive frame throughout his time in the spotlight. For his 34th birthday in 2021, Efron shared a photo while in Thailand for a movie shoot, showing off his lean abs.

Last month, he revealed that he currently uses intermittent fasting to maintain his energy levels every day and keep his body in ketosis. He tried various different diets and was even vegan for a while but decided to switch after his body wasn’t processing vegetables properly. He now follows a really specific clean eating plan, consisting of clean fish or meat with sweet potatoes.