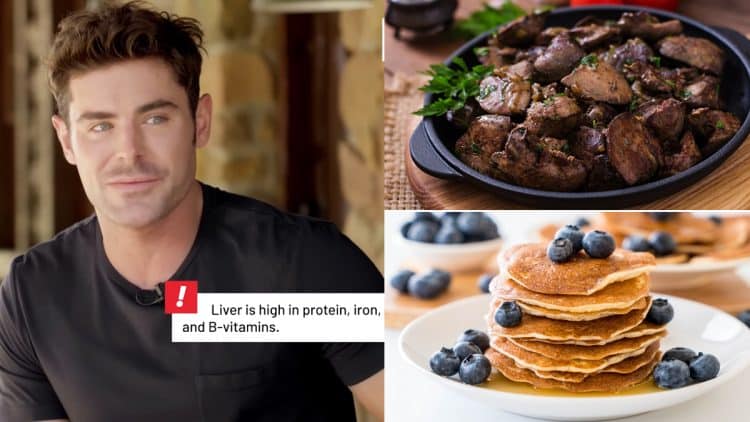 Zac Efron sports one of the most shredded physiques in Hollywood. He made headlines for his improved build in the film, Baywatch recently. In a video uploaded on the Men’s Health YouTube account, Efron gave insight into the crazy diets he’s utilized for different roles and what he currently eats.

Efron first gained attention as a teen actor for his work in Disney movies, including the popular High School Musical franchise. He made headlines after he packed on the pounds for a role in the 2017 movie Baywatch. Efron went on an extremely strict diet to gain a significant amount of muscle mass for the character. The film also featured Dwayne ‘The Rock’ Johnson, who motivated Efron during their workouts together on the set.

Besides being an actor, Efron is also a fitness enthusiast and likes to work out. He even shared his fitness journey for a brief period on his YouTube channel called Gym Time, featuring training sessions with different celebrities. Last year, Efron showed off his ripped abs on social media. He looked incredibly lean.

In a recent video uploaded on Men’s Health YouTube account, Efron shared the various kinds of diets he tried in preparation for his roles and revealed that he is currently on an intermittent fasting diet plan.

He had a strict schedule for his most-ripped role in Baywatch.

“I adopted a really specific eating regimen. Clean fish or meat with sweet potatoes, like that. I just did that for the entire film. So that was the most extreme I had ever gone. I think I was in ketosis the entire film.

“Beer run was really fun. I just got to eat whatever I wanted.”

Zac Efron shared his favorite kinds of food to eat.

“I feel good when I have bananas and sweet potatoes. I think I get the most bang for my buck out of those ones. Also plantains for some reason give me good energy for some reason.”

“This is kinda of a weird one but I really like organ meats so I love liver and onions, things like that. So typically I’ll break fast around 10:30 or 11, but thats after I do some cardio. First meal of the day usually starts with bone broth. I really love bone broth, it’s satisfying, it’s good for your stomach.

Some sort of veggies with a really clean source of protein whether it’s chicken, beef, venison, elk anything. Then I usually have my highest carbohydrate meal sort of in the evening. That’s usually another really good source of meat and healthy carbs like sweet potatoes or quinoa.”

Efron made it clear that his roles require a lot of discipline and dedication to keep his fitness levels high. With his current plan of intermittent fasting, Zac intends to eat healthier while still maintaining an impressive frame.

Learn everything about fasting