Life and Accomplishments of Cydney Gillon 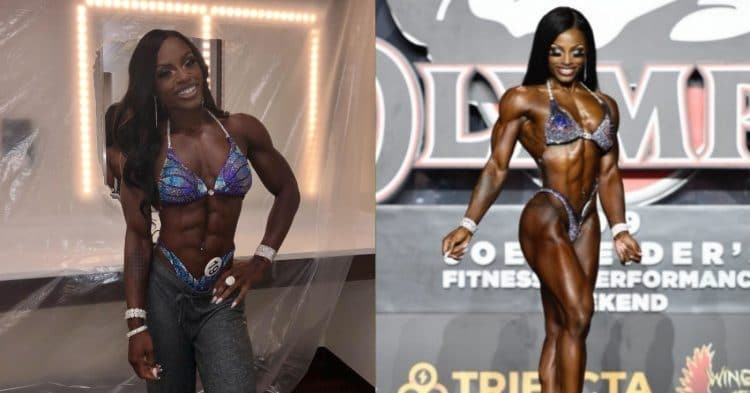 As a four-time winner of the Ms. Figure Olympia, Cydney Gillon has proven herself to be one of the best athletes in the division’s history. Things were not always this easy for her though, as it took a lot of hard work to get to that point.

This is how she went from colligate track athlete to one of the greatest Figure bodybuilders of all time.

Born to bodybuilder parents, Cydney Gillon was drawn to bodybuilding at an early age. That being said, she never considered a career in fitness, and just enjoyed competing.

This led to her entering her first Fitness contest at the age of 14, simply looking to scratch that competitive itch. At the same time as she was feeling out the world of competition, she was also a solid track and field athlete.

Gillon carried this interest in track through to her college days, where she continued to develop her athleticism. It was around this time that she found herself really attracted to bodybuilding, earning her IFBB Pro Card at the 2021 NPC Nationals in the Figure Class, at just 20 years old.

After college, Cydney Gillon put all of her focus into bodybuilding, with her endeavor on the field coming to a close. This allowed her to get more knowledge on the best practices for diet and training.

That being said, she was still quite naturally talented and never scored below tenth place on the pro scene. This allowed for her to get an invitation to the Olympia for the first time in 2014, where she placed ninth in the Figure division.

Year over year, Gillon would make improvements as she continued sculpting her physique. This led to things heating up big time in 2017, where all this hard work culminated in her winning the Figure Olympia for the first time.

This began a streak that has still not come to a close at the time of writing. After winning that show, she came in second at the two following contests she competed in the next year.

Yet Cydney Gillon would close 2018 out in a big way, winning the Arizona Pro, and then the Figure Olympia. Since those contests, she has yet to score any lower than first place, winning the 2019 and 2020 Olympias.

Outside of the competition floor, Cydney Gillon has kept a busy life. She is the CEO of Cake Factory Fitness, where she is an online coach, and the Owner of Cylence Clothing.

In addition to that, Cydney is well known for being a contestant on the reality competition show Survivor: Kaôh Rōng. She made it far in the show too, ending the competition in fourth place after failing to win the fire building tie breaker event.

Surprisingly, Cydney Gillon does not work out as much as you may think. She usually only goes to the gym around three times a week, with the following training split in those days:

In most cases, Gillon works out for about two hours for every session. Although she cuts down on the length of training time, and increases the intensity of the sessions as competitions draw closer.

Below are some of the workouts that Cydney Gillon uses the most:

Back and Biceps Workout

When it comes to her diet, Cydney Gillon makes adjustments to what she eats depending on what her current goals are. That being said, she feels it important to consistently eat every 2-3 hours to keep her metabolism running.

Every major meal consists of vegetables and lean proteins while keeping carbs and fats relatively to a minimum. Below is what her average meal plan usually consists of on a daily basis.

Just because there is a level of natural talent that comes from Cydney Gillon, does not mean she has not had to work hard for everything she has accomplished. She has come back from every setback better than the time before.

This perseverance and ability to improve has led to her not just being one of the best bodybuilders in the Figure Division’s history, but a true fan favorite in the sport. She is a great source of inspiration for those looking to follow a similar path.

The Olympia is the most iconic bodybuilding show. Joe Weider’s Fitness and Performance Weekend, which hosts the Olympia showdown, today...