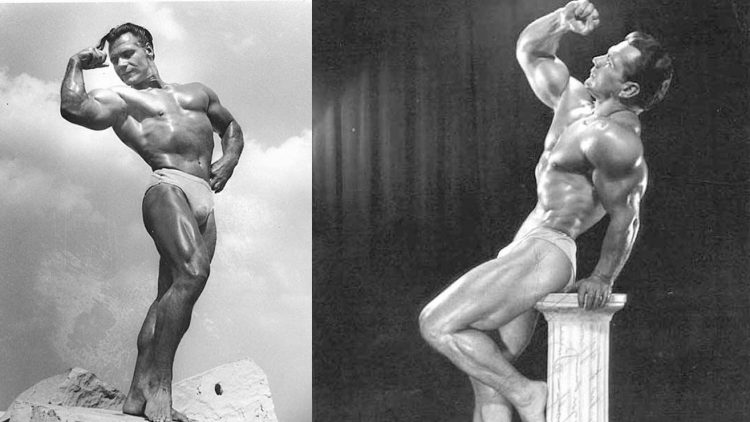 John Carroll Grimek is the only man ever to win the AAU Mr. America title more than once. His wins in 1940 and 1941 were so overwhelming that contest organizers from then on implemented the single-victory rule.

Grimek exhibited a Herculean visage and was as strong as he looked – evidenced when he represented the United States as a weightlifter at the 1936 Olympic Games in Berlin. In 1948, at 38 years of age, Grimek beat the young sensation Steve Reeves at the NABBA Mr. Universe in London.

A year later, in his last contest, the AAU Mr. USA, he beat Reeves again – as well as Clarence Ross, George Eiferman, and Armand Tanny – and retired from bodybuilding competition undefeated. Expert at controlling his muscles and agile in acrobatic posing moves, he possessed extreme power; he was still able to squat with over 400 pounds for reps well after retirement age.

With his combination of proportionate body lines and raw power, John Grimek served as the perfect hybrid between the pre-war “bodybuilder as strongman” genre and the modern “one sport only” bodybuilder.

John passed away on November 20, 1998, and will forever be remembered for his philosophy of life – always keep your focus on good health as the primary motivation for your toil, and build muscle the old fashioned way – earn it by hard work and dedication.