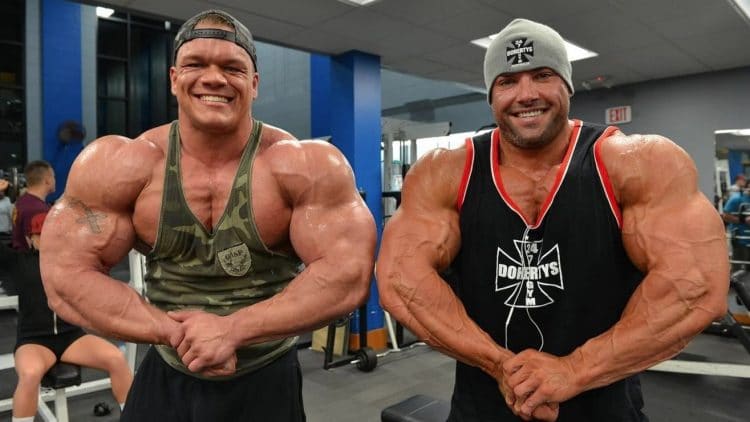 The whole bodybuilding community is still reeling after the tragic loss of a talented bodybuilder in Dallas McCarver.

McCarver 26, was just beginning his career in the sport and had already reached amazing heights in his short experience on stage.

Josh Lenartowicz the winner of Tampa Pro 2017, a close friend of Dallas McCarver was the one to see the tragedy unfold first hand.  Dallas McCarver invited Josh to stay with him in the U.S to prepare for the Olympia at the gym of 212 Olympia champion Flex Lewis.

According to reports, Dallas choked on some food and was found on the floor by Josh when he returned from his cardio session.

Josh tried everything possible to revive Dallas, but it was already too late.

Josh Lenartowicz released a video message speaking on Dallas McCarver as a man as well as this horrible tragedy as a whole. It’s a true loss and Josh clearly has felt the brunt of this tragedy.

Appreciate all the kindness being sent to @dallasmccarver family, fans and friends.
I can’t believe it still, finding a friend like that is heart wrenching and not being able to bring him back is even worse.

Remember the person he was-happy, generous, friendly, loving, hard working. Life is taken for granted, he was here full of life one moment and gone the next ? To people trying to contact me try my whatsapp as I can’t receive messages. Thanks for the support. Tried to train, don’t know about the O. It’s so damn sad.

This is truly heartbreaking to watch, but it also shows how much love and respect Josh Lenartowicz has for his fallen friend.

Josh already skipped most of the 2017 bodybuilding season due to a death in his family and with McCarver’s tragedy and how he was involved, Josh clearly has felt the brunt of this tragedy.

We send our deepest condolences to Dallas McCarver’s family and friends.

Conor McGregor, Paulie Malignaggi Come Face To Face And Get Into Heated Confrontation

Following an intense health scare a few years ago, Josh Lenartowicz has steadily worked to get his life back on...

Around a year ago, shocking news came out that Josh Lenartowicz had a brain tumor, and was in a coma....