After a brain tumor left bodybuilder Josh Lenartowicz in a coma a few years ago, the bodybuilder talks about recovery and the fake drugs he was receiving in Australia during prep. 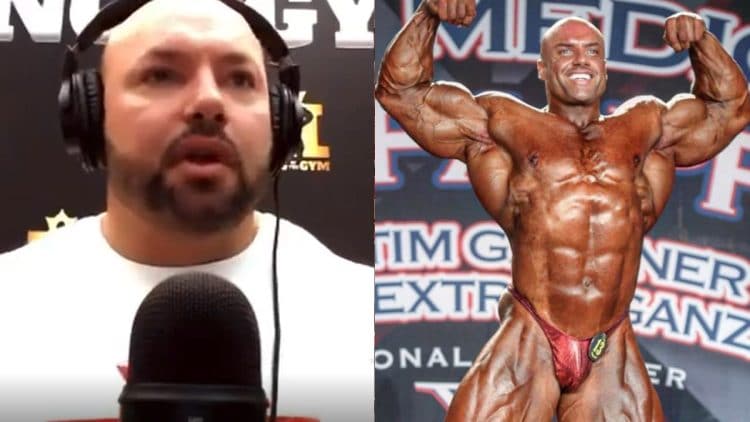 Following an intense health scare a few years ago, Josh Lenartowicz has steadily worked to get his life back on track to make his return to bodybuilding. Lenartowicz reflected on the harrowing journey with Dennis James and explained that Australia is infamous for having fake drugs and medications.

Men’s Open competitor Lenartowicz revealed in 2019 that doctors informed him of a tumor in his skull. This revelation came after he told doctors about uncharacteristically bad headaches. According to Josh, the tumors are hereditary and mentioned that his younger brother suffers from a similar condition. During a sit-down with Tony Doherty in 2019, Josh announced that he would be unable to compete at Mr. Olympia due to an ongoing medical issue.

After going through a surgery filled with complications, Josh’s seizures became so intense that doctors put him into a medically induced coma for more than a week. Later, Josh was told by doctors that things weren’t healing correctly, thus, going under the knife for a second round was needed.

Speaking with Dennis James on The Menace podcast, IFBB Pro Josh Lenartowicz explains how he found out about his brain tumor.

“Man, I got back from, I won the Bigman contest in Spain. My wife was pregnant. It was in Spain. Tried pale for the first time, life is great. Europe went to Body Power for a guest appearance, then coming home for Mr. Olympia. I started getting these weird headaches, and I was like ‘I never get headaches what’s going on here?’ I went to the doctor, and said ‘hey man, I’m getting these headaches and I never get headaches’. He said take some aspirin, and I said I have a little lump here (points to head). And my brother, when he was 18, he had this tumor. I’m like ‘maybe…nah, you’re okay. Take the Asprin’. I went home, couldn’t sleep.

Following his victory at the Bigman show in Spain, Josh began getting headaches during his 2019 Olympia prep.

Went back the next day, and said I needed a scan. I said, ‘I want this scan for my head’. He said, ‘alright’. I’m a hypochondriac man, I think if I wasn’t, bad things would have happened. You and I know bodybuilding. Everybody is going to die some way. The goal in life isn’t to live the longest, but at the same time, you need to do things to protect your health and your family and stuff. So, doing things the right way is important.” Josh Lenartowicz shared.

Josh revealed during the drug panel that he was taking growth hormone. However, the evaluation from the medical professional indicated that Josh wasn’t on growth hormone. Lenartowicz sees this instance as an example of the rampant problem with fake/artificial pharmaceuticals in Australia.

“We have it the worse in Australia. Everything is fake. Horrible. So, even in the hospital, the endocrinologist comes in, because I was in the hospital four weeks. He said you’re on GH, you’re not on GH. I said, ‘yeah I’m on GH. He said “no you’re not, we did all your tests. You’re not on it at all” I was like ‘who’s the pharmacist here?’ As soon as I was in a hospital, they ran a whole panel of everything. Of course, you go and get ready for the big show, you’re going to do what’s required. So, that’s what I mean man. People said, ‘oh it’s because of this because of that, that’s why Josh has the tumor’. I said to him after, ‘man my career is done right?’ He said it’s got nothing to do with bodybuilding. If you get back into competing you would be like a really good recovery story. It would be a good thing to put your mind into.”

As a prominent bodybuilder, taking months off training was a difficult hurdle to get over for Josh. He believes if not for his strict attitude regarding health, he might have never discovered the brain tumor in the first place.

“So not training, it hurts. So I wanted to get back into it, that was almost like 3-4 months. It’s just dealing with the pain and agony because after that point. After the Arnold there was nothing to focus on. It was just living in pain. I thought, ‘I need to get myself back to normal’. I went to my friend’s place, first session back. Because I was on so much medication at the time, trying to deal with this pain, because that’s what happened. I went back to the surgeon, and said something is wrong. I’m in pain and just trying to throw medications at it.

“Of course, you come off a show, you detoxing your body. I always did bodybuilding the right way. The safe way. That’s what was kind of annoying to me, that this happened as well. At the same time, if I wasn’t so strict about my health, I probably wouldn’t have found it. Something bad would have happened. Imagine that. I had this ruthless kind of mental attitude, didn’t matter what happens to me I’m doing the show and Olympia. I’m not getting the surgery, it was just bad.”

Lenartowicz’s experience with fake GH is an eye-opener. At every level in the sport, including the professional level, fake drugs and pharmaceuticals are a sneaky problem. Fortunately, doctors also informed him that his cycle-related medications were not responsible for his brain tumor or corresponding seizures.

Josh is adamant that he trains safely and in spite of that, still ended up with a life-threatening condition. The IFBB Pro returned to competition at the 2020 Arnold Classic where he placed 11th. Despite undergoing a series of health scares, Josh is focused on recovery and healthy living. During Josh’s discussion with James, the IFBB Pro confirmed that he hasn’t retired yet.