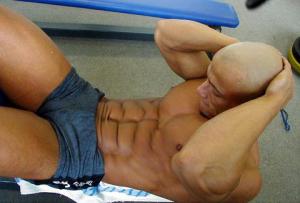 Everyone wants a six-pack. I mean six-pack abs of course. I guess if you aren’t interested in six-pack abs then chances are you’re more interested in a six-pack of beer but I’m wandering off topic already and I just got started. My point is that the abdominal area, when developed and with body fat levels low enough to show the muscles that are part of this region, is the measuring stick that everyone in fitness or otherwise uses to determine how fit a person is. As such, everyone wants a ripped midsection (phew, managed to get this thing back on track). The exercises that everyone performs to get the abs that will stop people dead in their tracks when they see them are crunch variations. Crunches, side crunches, weighted crunches, reverse crunches, crunches wearing gravity boots, crunches in a chair, on the floor, on a bench…I think you get my point, but is this the best way to build a strong and ripped midsection? Is the plank the simple answer to the non-stop crunching madness? Let’s take a closer look and see what we can determine to come to some sort of conclusion as to which is the better exercise: crunches vs planks.

When people talk about the core we instantly think of ripped abs. The kind you can do your laundry on. 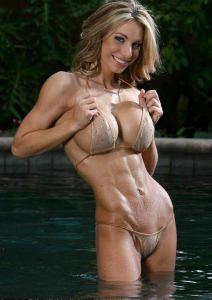 The core is made up of many more muscles than just that six-pack, however, and is quite a complicated ‘link’ between the upper and lower body’s muscles. The major core muscles are the pelvic floor muscles, transversus abdominis, multifidus, internal and external obliques, rectus abdominis, and erector spinae. The minor core muscles include the latissimus dorsi (lats), gluteus maximus, and trapezius. Basically, everything you do at the gym involves the majority of the muscles listed above in one way or another, but the two exercises most used to directly train these muscles are crunches and planks. Which one of these two exercises will strengthen your core most effectively and therefore provide you with the strong midsection you seek that will impress everyone in the summertime?

The crunch, and its many variations (as mentioned above), is what everyone associates with ripped abs. Crunches work the rectus abdominis (the long, flat muscle that extends vertically from the pubis to the 5th, 6th, and 7th rib and is responsible for flexion of the lumbar spine). The movement, however, places far from ideal pressure on your back at its weakest point – the back of the spine which has the most nerves (with the highest risk of nerve damage) and this is the part that bends and strains during a crunch. The shape of your back in a crunch is exactly the opposite shape that your spine is supposed to be – straight. This means that performing a crunch is literally reversing the correct form of your spine and as a result your vertebrae and disks are being compressed in the process which can potentially lead to nerve damage further leading to changes in the mechanism of your spine and the muscles that support it. Your spine is always meant to remain neutral and never flexed, which means if you do choose to include crunches as part of your regimen, they should be done with a neutral spine and not a flexed spine. This may not be a crunch as you know it, but it sure beats never being able to squat or deadlift again due to a lower back that has become so destabilized due to the excessive spinal 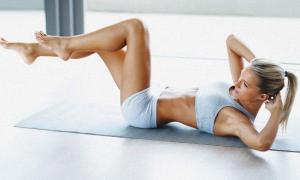 flexing it has been asked to do.

The plank, however, is all about a neutral spine. It looks extremely easy – until you try it that is. The plank is an isometric exercise, which means the angle of the joint a muscle length does not change during contraction. This is the polar opposite of the flexing action of the crunch. The primary muscles worked in planks are the rectus abdominis, transversus abdominis and erector spinae. Secondary muscles worked are deltoids, trapezius, rhomboids), glutes and quadriceps. Hmmm, is that more muscles than the crunch uses?

The main focus of the plank is to draw your abdomen towards your spine (by contracting the primary muscles of the core). By doing this the deeper muscles such as the transverse abdominis that supports your spine become stronger also. This means you’ll be able to use more weight on your squats, deadlifts, overhead presses, bench presses – basically anything that involves lifting a weight. This indirectly leads to a more muscular mid section as all of the above involve the muscles of the core, not to mention all of the above will build an all around impressive physique which will frame those abs that much better.

Do I even need to say which exercise is the clear and obvious winner of this vs battle? The plank of course. It will build your core much more effectively than will crunches and strengthen your entire body in 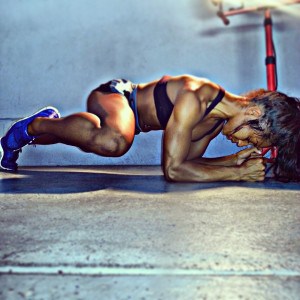 the process. The crunch does effectively build the six-pack muscles, but often at the expense of your spines stability and this translates into weakness in your lower back and in your other lifts. You certainly don’t need to crunch to build a great set of abs, but by performing planks you will increase the poundage of your other lifts which will translate into great abs without even directly working them. See what I’m getting at? Sometimes the direct route is not in fact the best way to the destination. Building a great foundation and allowing your entire body’s strength to enhance the other lifts you perform to build your abs may in fact be the ideal template to follow.

Plank tips for the beginner and advanced ‘planker’ alike: