Mexican wrestler star Goya Kong snapped her leg in half during a bout when she was attempting to wipe out three opponents in the Lucha Libre AA Worldwide.

The 30-year-old was immediately rushed to hospital from the Juan de la Barrera Olympic Gymnasium, in Mexico.

Footage from her bout shows her front-flipping off the ring onto the trio.

She landed badly and cried out in agony the moment she twisted her leg.

Kong, the daughter of Mexican wrestling legend Brazo de Plata, underwent surgery and is set to face 6-12 months out of the sport.

Kong told her fans from her hospital bed:

“Despite the fact that it is a bad injury, I want to carry on,”

She added: “God sends his best warriors into the worst battles.”

She also posted pictures on her Instagram of her recovery, adding that she has been told not to stand on her leg. 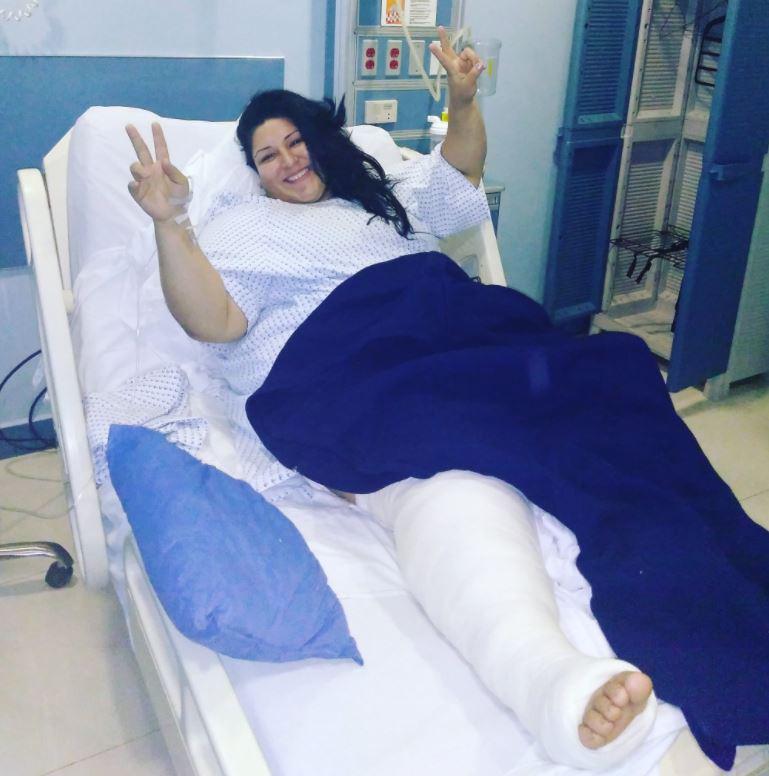 Kong’s been warned by doctors she will need a mobility aid to move around for the next few weeks.

Kong, real name Gloria Alvarado Nava, is a member of the Alvarado family.

They have been associated with Mexican wrestling since 1931, when her grandfather first appeared in the ring.

WATCH: Chanel Jansen About Rich Piana’s Death And What’s Next