So von Moger didn't get convicted, but was required to donate $500 to the court fund, which will be donated to a charity determined by the court. 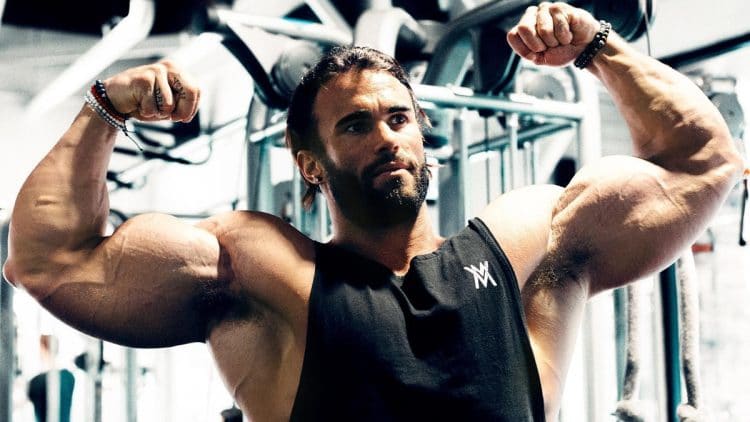 Calum Von Moger’s life has been chaotic since the start of this year. Firstly, he hit the spotlight because of the road rage incident, but the public was stunned after the Australian star jumped through a second-story window. Therefore, Calum spent eleven days in the hospital and recently got out. Yet, he found himself almost immediately in court for an incident that occurred in January.

On the 31st of January, a police officer stopped Calum Von Moger after he discovered that his vehicle was not registered. However, upon seeing Calum, the police officer noticed that something was not right, so he called for backup. They searched Calum’s vehicle and found testosterone, needles, cannabis oil, white crystal powder, prescription drugs, and Viagra.

“The shoulder bag isn’t mine. I was driving friends around all weekend and they were using drugs and left it. It’s not mine, but I know I was in possession of it.”

Calum admitted to using so many steroids that it made him incapable of producing natural testosterone. However, according to Daily Mail, Calum pleaded guilty to possession of illegal substances in the Melbourne Magistrates’ Court on Thursday. These include testosterone, cannabis, methamphetamine, and ice.

Just arrived in Moscow for the @snproexpo the weather is great! ☀️ I’ll be there November 9th – 11th. See ya ther

Calum Von Moger pleaded guilty to the charges, but the sanctions ruled by the court did not turn out too bad for him. They did not convict him for the charges due to his lack of prior offending and previous good behavior. They just ordered Calum to donate $500 to a charity chosen by the court.

Bernard Campigli explained how Von Moger’s problems started upon arriving in Los Angeles. Apparently, Calum became a victim of car-jacking with firearms. In addition, he also tore his quad and had to temporarily stop his bodybuilding career. This all had a huge impact on him, so he started suffering from anxiety and depression.

After everything seemed to be back in place, Calum discovered that he had a child and started fighting for custody. All the stress that came with it, alongside an addiction to certain illegal substances led Calum to a lot of trouble, ultimately resulting in the recent jump incident.

Some sources were stating that Calum Von Moger’s jump incident was actually a suicide attempt. Hopefully, his road to recovery continues to go well. It may be nonetheless proof of people’s belief in him that the court chose not to punish him severely.

Von Moger’s main goal is to straightened out his life, so that he can go back to the US and reconnect with his son and his girlfriend, both of whom have come to Melbourne to support him while he is going through this ordeal.