Sources claim that Calum Von Moger purposely jumped through the window in the attempts to end his life. 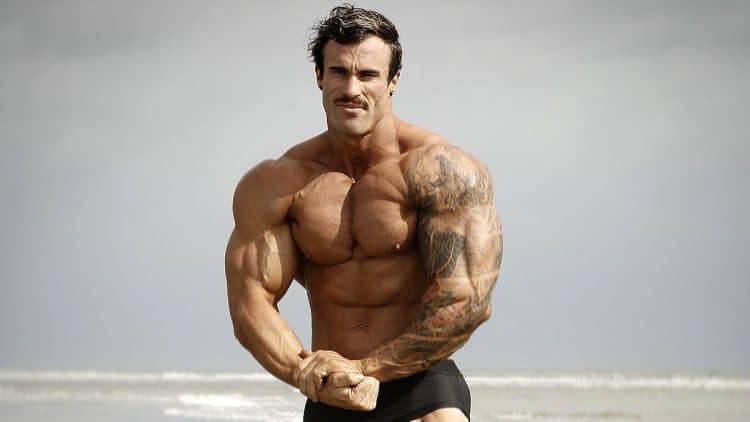 One of Australia’s most famous bodybuilders, Calum Von Moger, is still in the ICU after his recent incident. On May 6, Calum plunged through a second-story window, which allegedly left him immobile. First responders also saw severe cuts on Calum’s body, which were thought to be caused by the shattered glass. However, the man who originally brought the story to light, Nick Trigili, has now revealed new information in his latest YouTube video.

Nick states that Calum Von Moger allegedly jumped through the window with the aim of ending his life. According to him, multiple sources have confirmed this version of the story, and it seems like the incident was indeed Calum’s suicide attempt.

“I did verify this multiple times, and allegedly, Calum Von Moger tried to commit suicide.”

Nick explains that reportedly a couple of Calum Von Moger’s friends went to his place to check up on him. When they got there, Calum was allegedly already cutting himself. It is also reported that it took detectives three days to clean Calum’s home from the blood which was left behind him. At one point, Calum got a moment alone in one of the rooms, and that is when he jumped through the window.

What possibly led Calum Von Moger to take these actions?

Although no one except Calum Von Moger knows the real reason why he attempted to kill himself, it is not hard to guess. There are some claims that he was under the influence of drugs, mixed with his rough past few years, it is easy to believe that it pushed Calum over the edge.

In the initial report, sources explained that Calum Von Moger’s parents kicked him out of the house, and he probably felt abandoned after that. He also allegedly chased a man down with a machete under the influence of drugs. Not long after, Calum apologized for his actions and promised to become a better man.

Calum Von Moger’s behavior can be attributed to numerous difficulties which he has faced in the past few years. Calum suffered biceps, quad, and knee injuries, all in a very short timeframe. Of course, his physique took a big hit, which would be a problem for the majority of professional bodybuilders.

Calum Von Moger faced another shocking moment in 2020 after finding out that he has a secret biological child. It seems like these circumstances combined led him to abuse drugs, which has now taken a massive turn for the worse.

Calum Von Moger is reportedly still sedated, with no information on when doctors plan to wake him up. Hopefully, Calum will recover quickly and find a way to use these happenings in order to turn his life around.

Team FitnessVolt like to wish Calum Von Moger, his family, and friends peace and comfort in this difficult time.