Calum Von Moger has allegedly injured his spine and the medical attendants took him to the ICU after he was not able to walk. 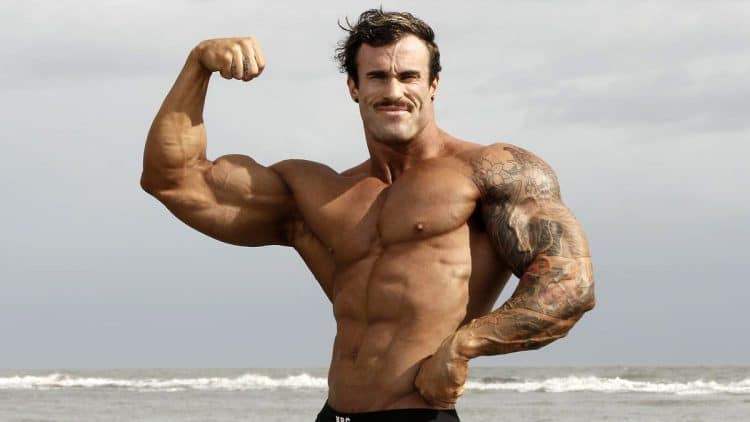 The man once described as Arnold Schwarzenegger’s successor, Calum Von Moger, has put himself in a lot of trouble lately. From being one of Australia’s greatest bodybuilding prospects, Calum became a very troublesome person, which has now escalated even further. According to Nick Trigili from the “BodyBuilding & BS” YouTube channel, Callum Von Moger has jumped through the window, which was stationed on the second story of a building or a house. This incident happened on the afternoon of May 6th.

“Allegedly, this incident happened because he was still high on meth… For whatever reason, he jumped through the window. Not out the window, but through the glass. When he landed, he damaged his spine to the point that he couldn’t walk, and now he is sedated in the ICU.”

Calum Von Moger was allegedly kicked out of the house, which was owned by his parents very recently, as they found the house in a complete mess. So this incident happened in Calum’s new living place. Apart from becoming immobile from his fall, he also got cuts all over his body from the shattered glass.

“It does not look good. I don’t want to say too much because I really don’t have all the fine details… But from my sources, allegedly it is really, really bad.”

Nick Trigili confirmed to FitnessVolt that his source is very well-founded, as the person who reported the news to him is at the hospital, which is why he got the news so quickly. He will also share new information with us, and we will update the article accordingly.

Related: Calum Von Moger Reveals His Secrets To Getting A Massive Chest

Calum Von Moger originally found fame after portraying a young Arnold Schwarzenegger in the movie “Bigger”. He then got a role in the Netflix hit “Generation Iron 2”. Alongside becoming a model for Gucci in 2019, it definitely seemed like Calum was living his dream life.

Although all of those things were great, it seems like Calum’s bodybuilding career took a big hit after his bicep injury in a tandem workout with Chris Bumstead. Just months after that, he got injured again falling down a cliff. However, Calum’s life heated up in 2020 once he discovered that he had an unexpected child. The news about his biological child came at a point while Calum was still recovering from his knee injury , so it is clear that his life started to get very complicated at this point.

Most recently, Calum Von Moger got involved with drugs and other illegal doings, as he chased down another individual with a machete in an act caused by road rage. Shortly after that, Calum Von Moger vowed to become a better person in the wake of his legal troubles.

We wish Calum Von Moger a speedy recovery and will update the news with information as it becomes available. As of this writing, there is no confirmation of Calum, his family, or his friends regarding this incident. However, the sources are very credible, so it most likely did happen.