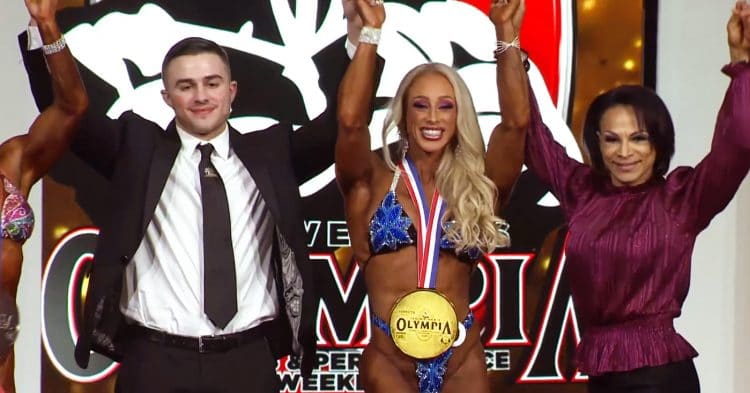 Fitness Olympia Results: This division of the 2020 Mr. Olympia brought some of the most interesting action of the entire competition so far. These women have been working hard to prepare, and this has been paying off on stage. In particular, the battle between current and two-time champ Whitney Jones, and former four-time champ Oksana Grishina.

These ladies put on quite the show in the prejudging on Friday, with Jones and Grishina making it in the final four, alongside Missy Truscott and Ariel Khadr. The four of them returned to the stage on Friday evening for the finals, and went head to head in an attempt to be crowned Ms. Fitness Olympia. Unfortunately there was a bit of confusion with the readings of the final scores, as they were so close that they caused a misunderstanding.

Originally it was read that the returning champ Oksana Grishina who won, but after some shuffling it was revealed that this was not the case. At the end of the day, it was Missy Truscott who was given the first place honors, much to the surprise of fans.. She was followed closely behind by Grishina in second and the former champ Whitney Jones placed scored third.