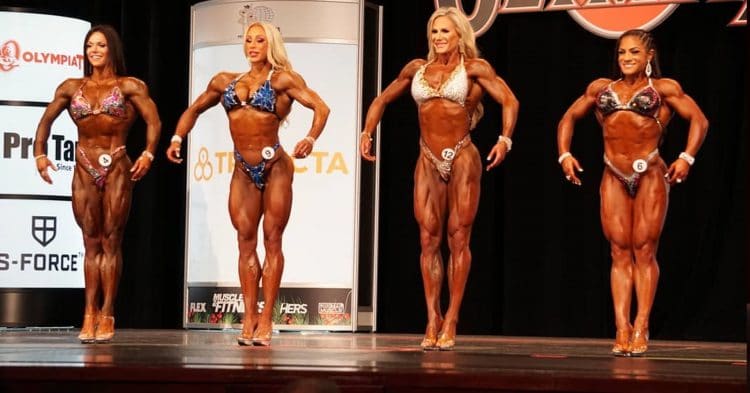 The Fitness division has been one of the most consistently exciting divisions in the women’s side of bodybuilding. This trend continued at the 2020 Mr. Olympia, after these ladies had their callouts for the day.

When Whitney Jones won her second straight Fitness Olympia title last year, it seemed like the start of a long and dominant reign. As impressive as she looked though, there is also some other extremely talented women in this division. Most notably is the return of Oksana Grishina, who will be coming back for one final run after about three years away from competition. It was expected that these two women would be exciting to watch come face-to-face, and so far they have not disappointed.

The Fitness athletes competing at the 2020 Mr. Olympia took to the stage on Friday for their callouts, with the results below. The top athletes will be competing in the finals later this evening, so be sure to check back for those results.

Shaun Clarida is an American professional bodybuilder that competes in the IFBB Pro League. The 40-year-old has competed in the 212...

Bodybuilder Blessing Awodibu is an Irish professional bodybuilder and a social media star. He competes in the Open division of the...