The 2021 CrossFit Games Rulebook has been dropped which, along with details from Dave Castro, begins to pain the picture of the 2021 season 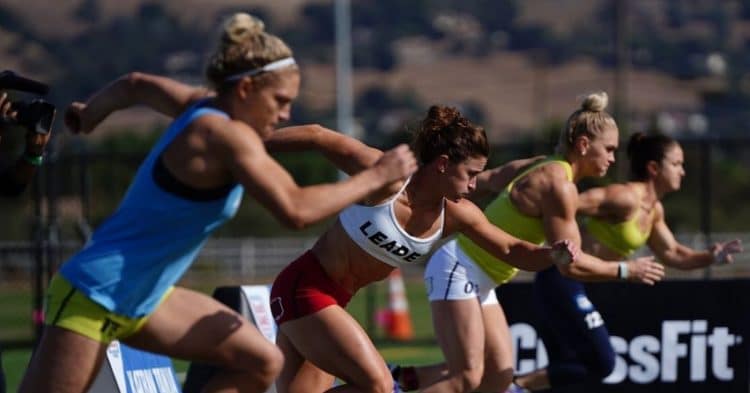 We may only have dipped our toes into the waters of 2021, but there is already some big news. This comes from the release of the 2021 CrossFit Games rulebook, which answers some questions about this season’s expectations.

Last year’s CrossFit Games saw some understandable shakeup, after the world began to delve into a global pandemic. The format for the year was unlike any other, and left the majority of the contest to a virtual format.

It started with an announcement from Dave Castro. CrossFit’s General Manager of Sport took to his Instagram to drop some nuggets about what to expect from the 2021 CrossFit Games season.

As always, athletes will be broken up into different regions to qualify for the Games, but there are some key differences this year. Chief among these is the way in which the globe will be divided into regions for athletes to compete.

Castro revealed that the six regions that will be selected for the season, are made up of six out of the seven continents, divided as such. The only continent missing is Antartica, as every other region is divided by the already established lines.

The next drop of information came the following day, when the 2021 CrossFit Games Rulebook was dropped. This was a treasure trove of information on what to expect from the coming season.

There was some info about the year that was missing, mostly regarding the Semifinals, and prize money for the Games. A lot of this will come in time, as the landscape of the global pandemic becomes more clear.

However we were able to get some interesting things of note, regarding the CrossFit Open. This started with the confirmation that your continent will determine where you qualify. Some other big changes to this year’s rules include:

The top five individual athletes worldwide will be given prize money in the following order:

There are several changes made to the Quarterfinals of the 2021 CrossFit Games season. The most notable of these is the way in which the amount of athletes who qualify is determined.

The top 10% of individual and 25% of teams that register for each continent will advance to the Quarterfinals. Furthermore, athletes will be allowed to compete in both individual and team events.

Teams will be made up of two male and two female athletes, with an additional man and woman alternate. Another noteworthy change is that if an athlete or team declines their invitation, CrossFit will not be backfilling their spot.

Additional Information About The 2021 CrossFit Games

The 2021 CrossFit Games will be including an adaptive division, which has a serious and devote set of regulations. For the Open, there will be 8 categories of adaptive athletes who can compete, including:

As far as drug testing is concerned, not much has changed in the rules for the 2021 Games. That being said, it is still a very intense set of procedures that is important to review in detail.

Stay tuned to Fitness Volt for more coverage and updates on the 2021 CrossFit Games.