CrossFit Games mastermind Dave Castro offers a Post-It glimpse of what is ahead in Stage 2 of CrossFit Games. 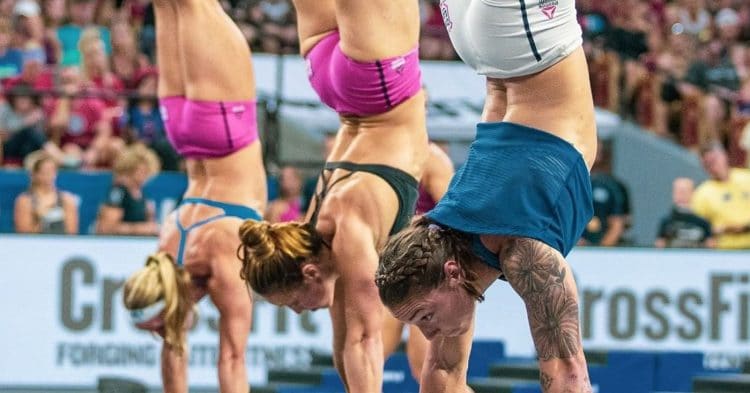 Stage 2 of the 2020 Reebok CrossFit Games is just days away, and CrossFit Games director and creator of programming Dave Castro has posted a sneak peek on Instagram for the athletes. The sneak peek included only a Post-It, and the words in all caps, “Day 1 2020 Games = 2007 Games and then some.”

Some fans commented with excitement. One said, “A CrossFit total again, I’m excited!”
Another said, “Like fit all of the 2007 events into day one of 2020 games? That would be awesome…….to watch.”

The 2007 CrossFit Games looked as follows:

If Dave Castro is speaking literally through the mystique of his Post-It, athletes can expect these challenges, and then some.

It’s the first real hint that athletes and fans alike have had for the finals, which are scheduled for next week to start on Monday, October 19, and run through October 25. The Stage 2 of the Reebok 2020 CrossFit Games will take place in Aromas, California, at the location affectionately referred to as The Ranch.

Ten athletes are already in preparation to become the Fittest on Earth, with 5 each for the Male and Female categories. Only one in each category can walk away with the title, but all 10 are superstars all the same, considered among the best in the world.

Related: Check out the athlete lineup for 2020 CrossFit Games Finals

As previously reported, for the men, Mat Fraser walks into Stage 2 at the top of the leaderboard and will fight to keep his title and become a five-time reigning champ. He is followed by Noah Ohlsen, Justin Medeiros, Samuel Kwant, and Jeffrey Adler, who surely can taste the thrill of wanting to unseat a reigning champ.

In the women’s category, Olympian and Commonwealth gold medalist, Tia-Clair Toomey is hoping to become a four-time champion, and she walks into Stage 2 as the winner on the leaderboard from Stage 1. She will be competing against Brooke Wells, Haley Adams, Katrin Davidsdottir, and Kari Pearce.

The schedule for the Reebook 2020 CrossFit Games has been posted by Crossfit games on Instagram. These are the dates that will include streaming.

If you want to know how to watch the CrossFit Games, they will be broadcasted on the Internet and on CBS Sports on the above dates. CBS Sports is expected to air two 30-minute shows leading up to the events, and have hinted at a documentary slated for later in the Fall.