212 bodybuilder Guy 'QUADRO' Cisternino decided it was time to hang up his posing trunks after the Texas Pro show. 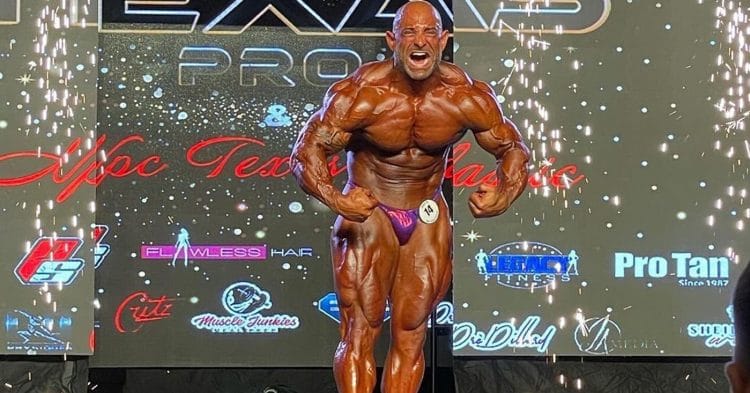 IFBB veteran bodybuilder Guy Cisternino Jr. announced his retirement from competition following a 6th place finish at the 2021 Texas Pro. The event took place August 13-14th in Irvine, Texas, where many of the world’s best competitors battled it out for an Olympia invite.

While it was an exciting event, reality set in for Cisternino who broke the news in front of a sold-out crowd in Texas. The 212 competitor earned his Pro Card at the 2008 NPC National Championships and has been one to watch out for at many of the top bodybuilding shows.

He has a few notable wins including his first-place finishes at the New York Pro in 2015 and 2016 in the 212 division and while he’s competed at the Olympia on several occasions, his best placing at the event was 6th in 2015. Cisternino’s most recent win was the 2019 Niagara Falls Pro 212.

“I had a certain angel watching down. First, it was Dallas McCarver, then Luke Sandoe, and now John Meadows. I planned on retiring after Tampa pro. I called Tyler Manion on the phone, ‘I’ve been doing this too long. I ain’t going out like that,” Guy Cisternino said, referencing his tie for 16th place at the Tampa Pro. “So if it taught me anything, it was that my goal tonight was to be the best 39-year-old bodybuilder I could be.”

Cisternino has had a rough past few years, almost getting killed in a car crash that’s left him living with pain, and contracting the coronavirus that sent him to the ER.

But despite his struggles, Guy Cisternino has accomplished a lot in the sport.

212 bodybuilder Cisternino competed at the Mr. Olympia for a whopping seven different times in the 212 division.

We wish Guy Cisternino all the best in life and with his future endeavors.