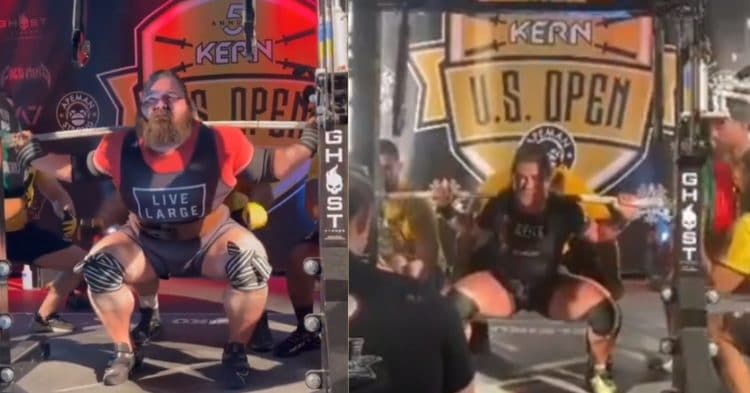 The 2021 Kern US Open took place in San Diego, CA, on April 24 and 25, ending with a list of brand-new world records. There were some firsts in the world, and some new athletes rising to the top of their game in a single lift. Among the firsts was the heaviest raw deadlift by a woman, Hunter Henderson, and Chad Penson is now a name that everybody is talking about.

Here is a look at the overall results.

In order to reach the fairest comparison between athletes, placings are calculated using a system called the Wilks score. While athletes have the opportunity to compete for the top of their divisions, the Kern US Open also gave awards to the top three lifters based on Wilks score.

That score is calculated using a points system, which takes into account the athlete’s total lifted weight and compares that to their overall body weight. The highest Wilks score across every division is the winner.

For the men, Chad Penson took home the highest Wilks Points, and $25,000 as well. These were the overall results:

For the women, Marianna Gasparyan won in the 56-kilogram division and also for overall women with a Wilks score of 692. Hunter Henderson was a sight to behold and had a lot of people talking after her record-breaking event, but placed second overall for the women.

Rules at this meet allowed for knee sleeves over knee wraps for the squat event, a rule used by John Haack. All records crushed during the 2021 Kern US Open took place in the Raw With Wraps division.

On Day One, Chad Penson gave powerlifting a new face by becoming the first male to squat 400kg/881lb, Raw With Wraps in the 90kg-weight-class. For his bench press, he lifted 232.5 kg and ended the first day of the Open with a 364kg deadlift. His 997.5kg total became the new all-time-world record which was 11 times his bodyweight.

Dan Bell is having a great year and could finish now and still be proud. During February’s 2021 Hybrid Showdown II, Dan Bell became the first man to total 2,600lbs. By the time he got to San Diego, he was ready to hit some new marks.

The record for 500 kg squat was held by three men prior to the Kern Open. Dan Bell took that up a notch by 5 kilos, roughly over 10 pounds, and landed the new record of 505kg. It was the heaviest squat lifted for the entire event in the Raw With Wraps category.

Hunter Henderson made women in powerlifting proud, and had competitors on the edge of their seats, by taking home two world records. Her first was a 295kg squat, a record where she unseated prior record-holder Kristy Hawkins, Henderson’s judge for the event.

Henderson also added a 147.5kg bench and 260kg deadlift to her resume of records and finished with a total 702.5 kg. In so doing, the last world record got a jump of 12kg, and Henderson made world history by being the first woman in 75 kg to ever lift that much and break the 700 kg barrier.

Sara Schiff was another female competitor that hit a world record. Her 287kg raw deadlift was another talking point of the day as she took home a new record by beating the prior by barely 2 kilos. The previous record was Jessica Springer’s 285.8kg record. This puts Sara at the top of the women’s 90-kg plus division.

While there were obvious standouts at the 2021 Kern US Open, we feel all of the competitors who participated should be acknowledged for their performances.

How Long Should You Wait to Workout After Eating?