Vitor Hugo Boff and a number of athletes won at the 2022 Musclecontest Brazil Pro, walking away with their invite to 2022 Olympia. 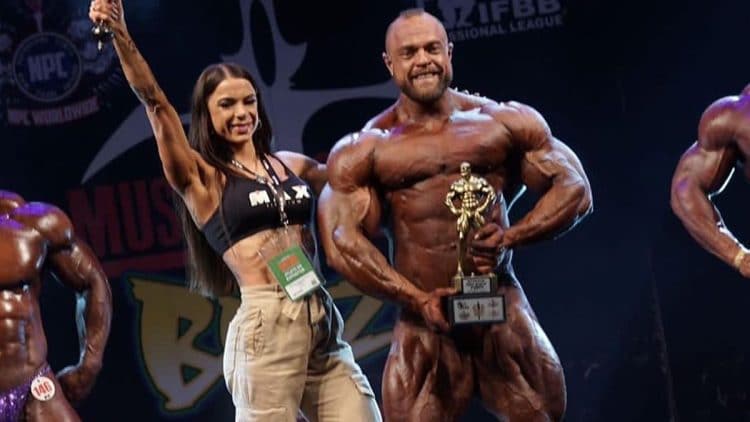 Competitors in Brazil brought their best packages possible, and the on-stage battles reflected that. With roughly six months until Olympia this winter, time is running out for IFBB Pro League bodybuilders to compete for an invitation. Find a full list of winners from this event below:

The show saw a highly competitive contest in the Men’s Open division. Wellington Fernando was a name to keep an eye on going into the event. Despite bringing a refined package, Vitor Hugo Buff walked away with the win, earning his invitation to 2022 Mr. Olympia. Earlier this year Boff participated in IFBB Arnold Classic South America where he place 2nd.

Heading into the contest, many expected a lot from Muzi Maluleke, who seemingly brought his best package to date. However, he was pushed by Jafar Ghafarnezh Adazizi, who won the show and clinched his invitation to the 2022 Olympia. In 2021, Jafar didn’t participate in many shows however he placed third at the Romania Muscle fest pro show.

Plenty of Men’s Physique competitors gathered in Brazil over the weekend. Vincius Mateus brought a well-balanced and conditioned physique over the weekend. In the end, Edvan Palmeira defeated him with arguably the best package of his career and won first place, punching his ticket to Olympia later this year. Last year in the same contest Palmeira placed 11th. Prior to that show, he competed in the 2021 IFBB Europa Pro Championships show where he placed 5th.

Despite a limited number of competitors, Alcione Barreto was determined to take home the victory. However, Leyvina Rodrigues Barros brought the most conditioned physique and won the show, earning her invite to 2022 Olympia.

Ahead of the show, many fans had Elisa Pecini as a favorite given the number of shows she’s won this year. After being pushed on stage by Christiane S. Silveira, Elisa Pecini pulled off yet another victory this weekend. In 2022, Pecini participated in overall seven shows and won three of them including (Musclecontest Brazil Pro, IFBB Patriots Challenge Pro, and  IFBB Mile High Pro).

Heading into the weekend, plenty of fans expected to see Elisama Manoel Benta Zorzetto bring one of her best looks to the stage. Despite bringing an incredible package, Natalia Abraham Coelho walked away victorious and earned her invitation to the 2022 Olympia. With Musclecontest Brazil Pro win, Natalia is on a three-win streak as she is coming off a first-place at 2022 IFBB New York Pro and 2022 IFBB Pittsburgh Pro respectively. 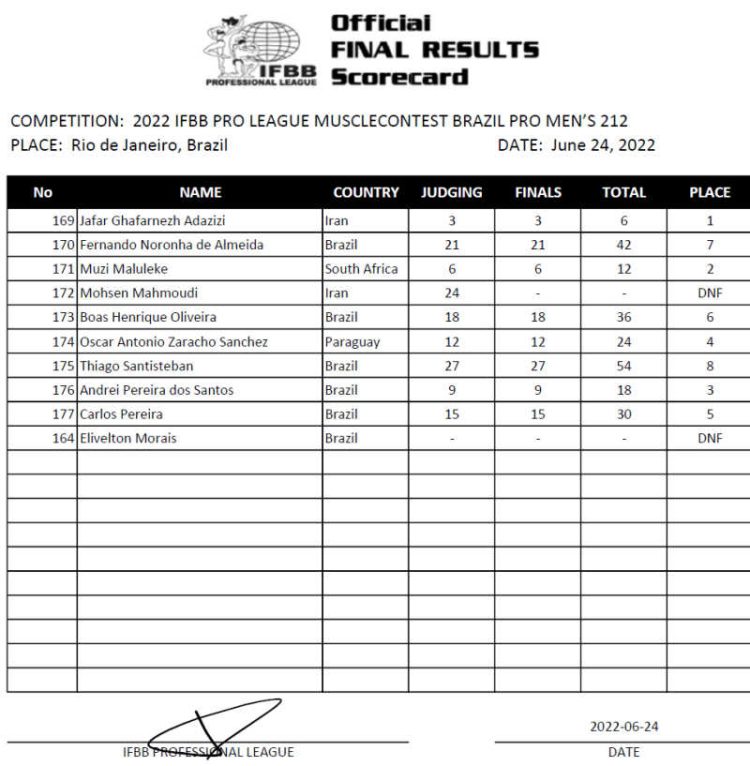 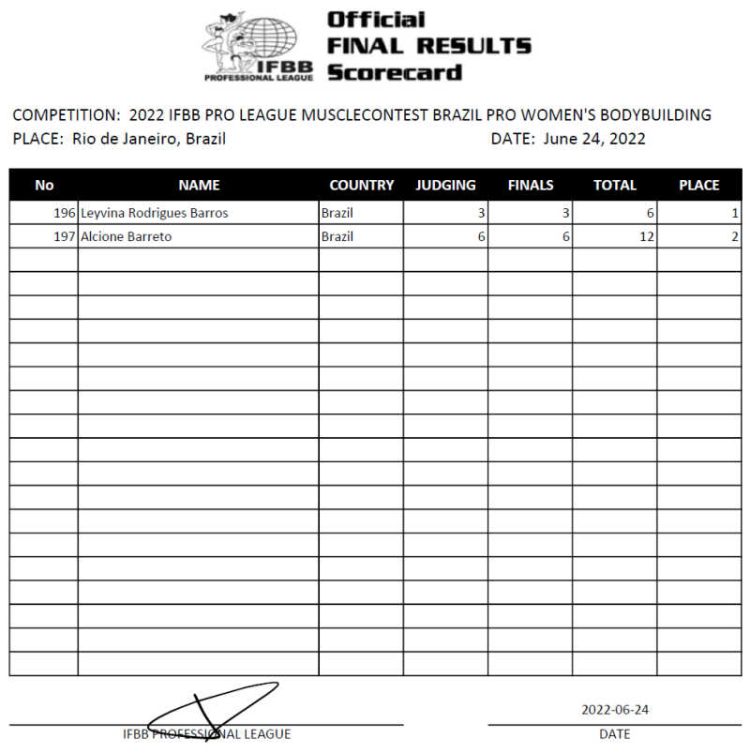 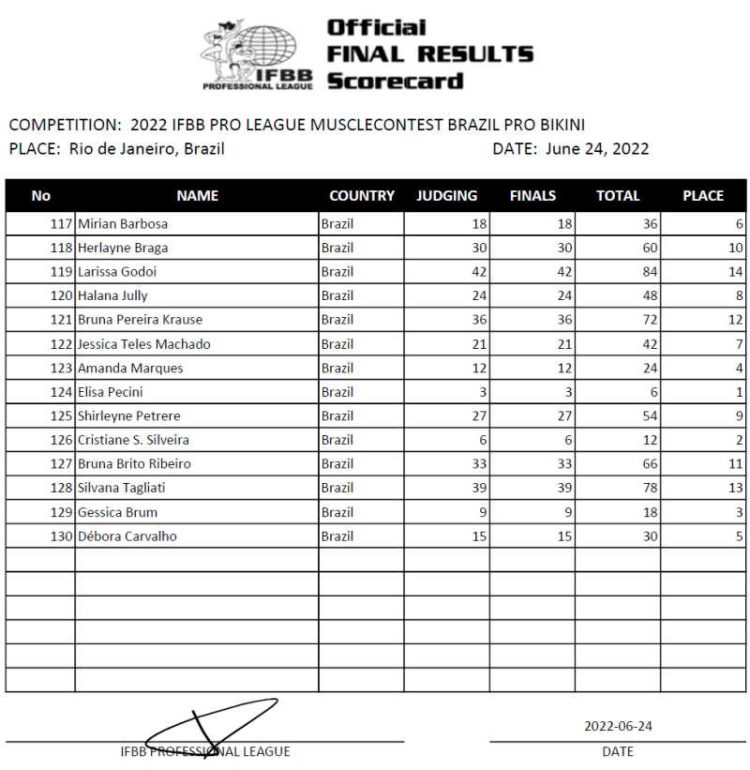 Anticipation for 2022 Olympia continues to build! FitnessVolt congratulates all the winners on their big victories!