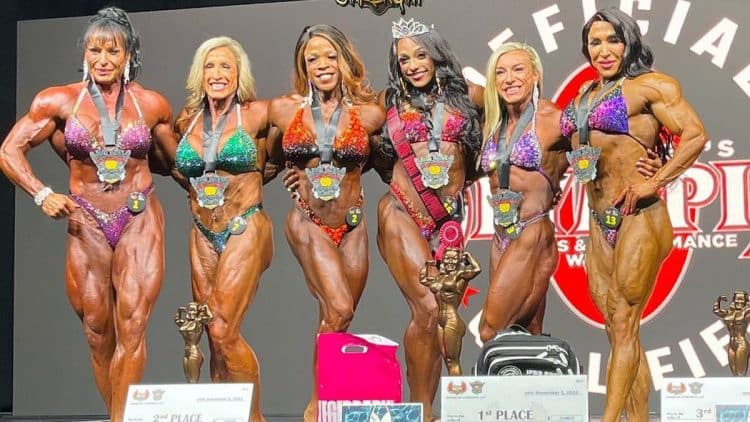 The IFBB is back this weekend with another major bodybuilding event. The 2022 Rising Phoenix Arizona went down on November 5, 2022, Phoenix, Arizona. Competitors from the Bikini, Women’s Bodybuilding, Figure, Fitness, Women’s Physique, and Wellness categories pushed each other in hopes of earning an invite to bodybuilding’s most important event of the year — 2022 Mr. Olympia.

The 2022 Rising Phoenix-Arizona Pro is in the record books now, and Andrea Shaw has won the Women’s Bodybuilding title for the third consecutive year.

This year’s 2022 Olympia and Ms. Olympia contest will start on December 15 and run until December 18. A number of athletes have qualified for the event, however, there is still time for other competitors to earn their right to compete at Olympia, which is slated to go down inside the Planet Hollywood Resort & Casino.

Important bodybuilding icons like four-time Olympia winner Jay Cutler have suggested that this might be the greatest Olympia contest in the show’s rich history. Athletes have until November 20, 2022, to ensure they qualify for the contest.

Check out who won the show below:

In what many considered to be the headliner of the event, Andrea Shaw looked to defend her status as the reigning Women’s Bodybuilding Rising Phoenix Pro champion. The contest had plenty of excitement, and contenders MayLa Ash and Michaela Aycock established themselves as credible threats.

Andrew Shaw, however, looked to have brought one of her best packages to date with eye-catching conditioned quads. This resulted in a near perfect score from the judges, as the two-time Women’s Bodybuilding Olympia Andrea Shaw secured her third straight Rising Phoenix Pro title.

As a notoriously competitive division, the Bikini athletes lived up to the high expectations this weekend. By the end of the night, Jourdanne Lee won the title and cemented her qualification for 2022 Olympia.

Figure competitors battled for supremacy on Saturday. During prejudging, Ashley Garcia found herself as a frontrunner. While she brought an elite package, Autumn Cleveland’s conditioning carried her to the victory.

Fitness athletes gathered on stage in Arizona with some showstopping physiques. Terra Plum found herself as a favorite during prejudging with an impressive v-taper. After a close contest against Sally Williams, Terra Plum got the job done and punched her ticket to 2022 Olympia.

Saturday saw Women’s Physique contenders Melissa Teich and Antoinette Downie go to war. The delts/shoulders of Downie saw her emerge as a title contender. While it was a tightly contested battle, Antoinette Downie left Arizona with the victory and is now 2022 Olympia-bound.

Renee Harshey and Anne-Marie Gobeil found their footing at the contest toward the end of prejudging. Both brought impressive physiques. The conditioning of Renee Harshey overpowered her competitors and the judges agreed. In the end, Renee Harshey won the title and punched her ticket to 2022 Olympia. 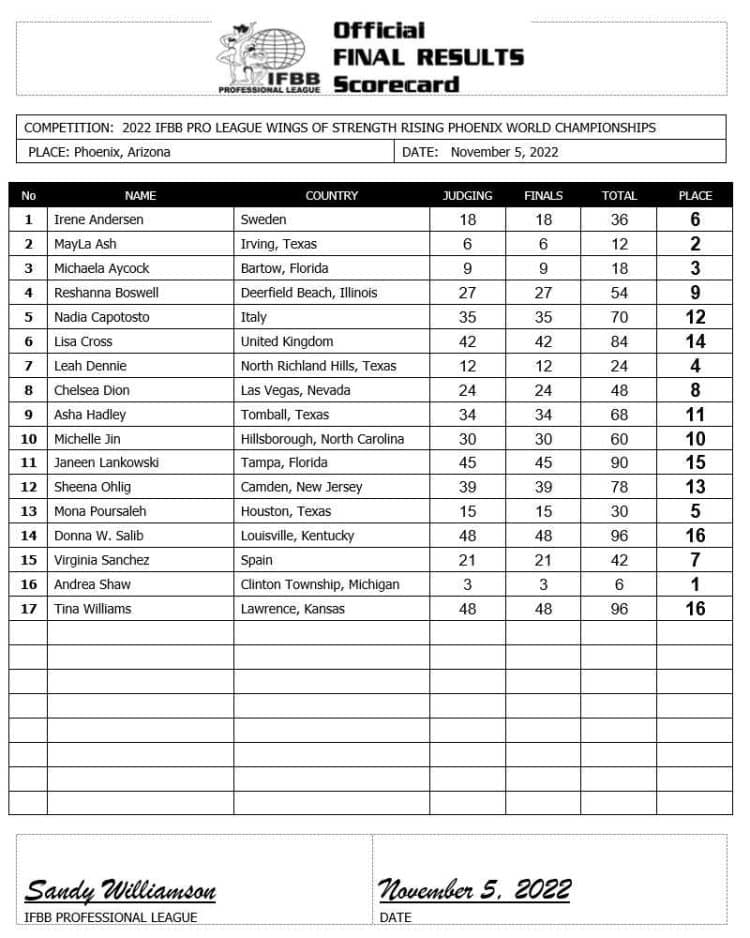 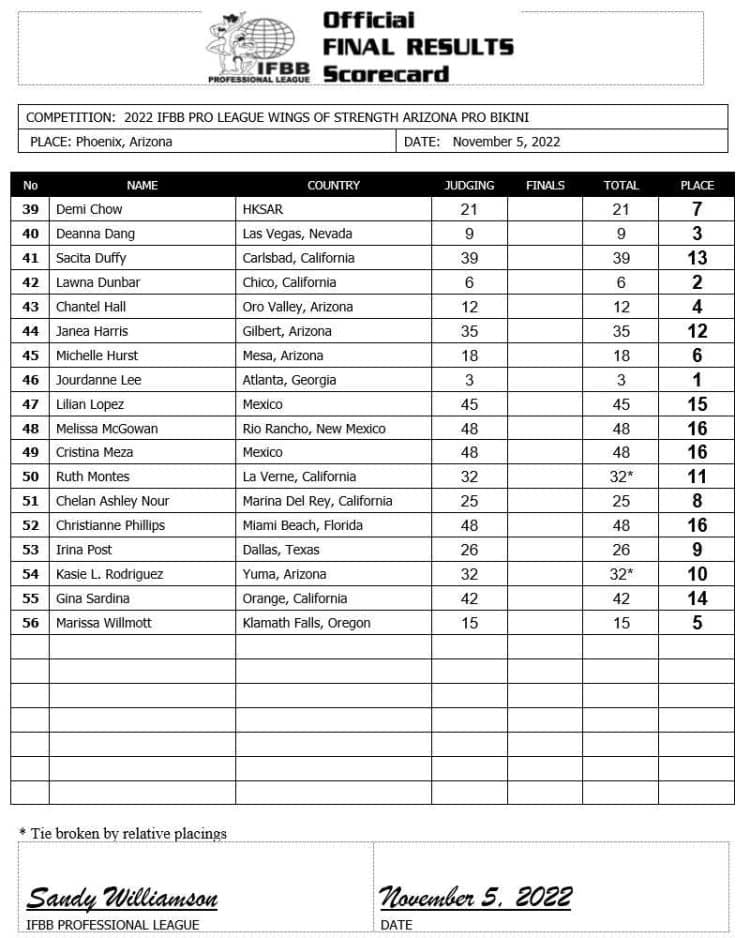 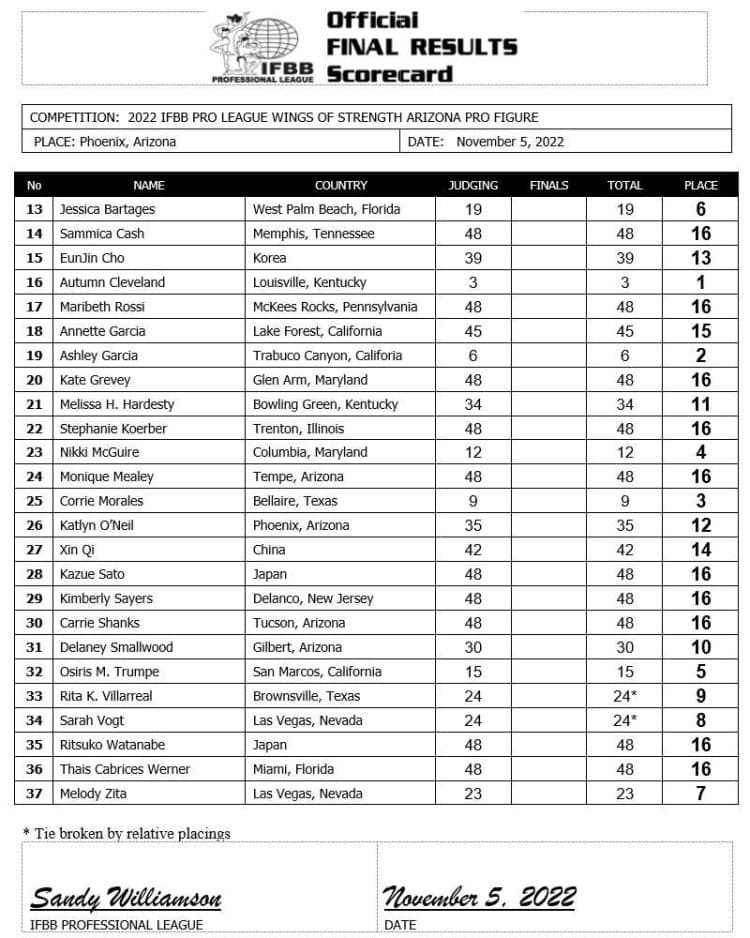 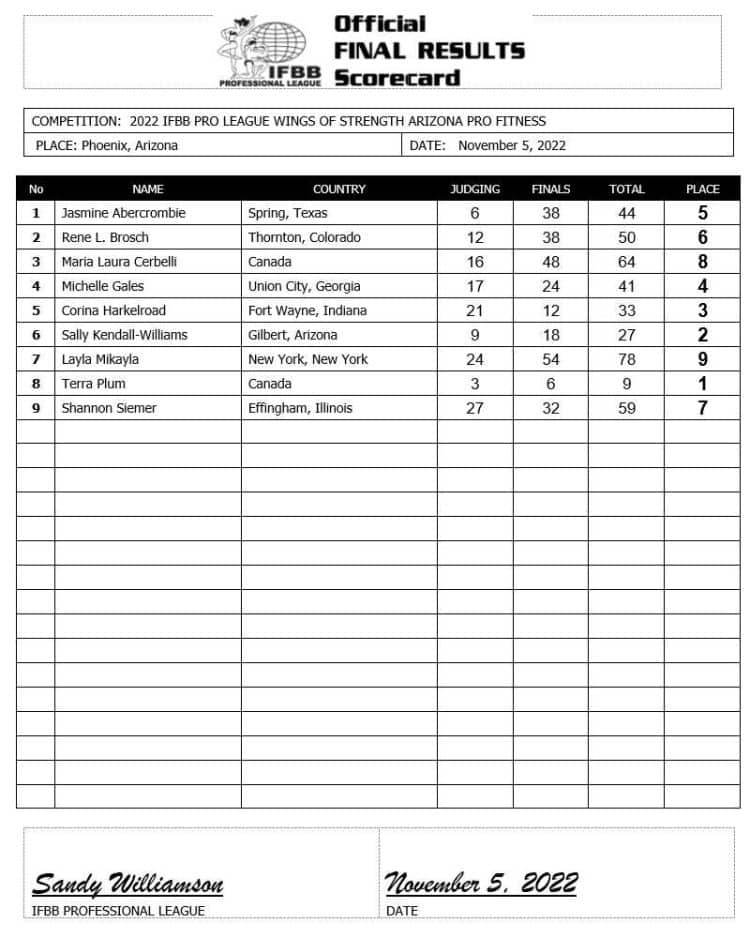 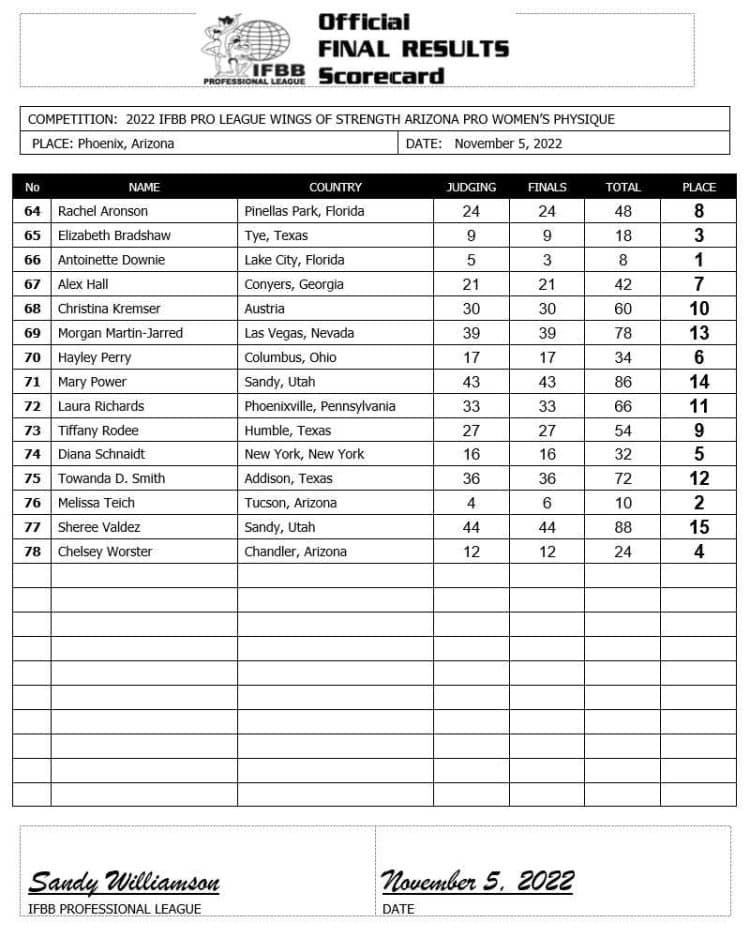 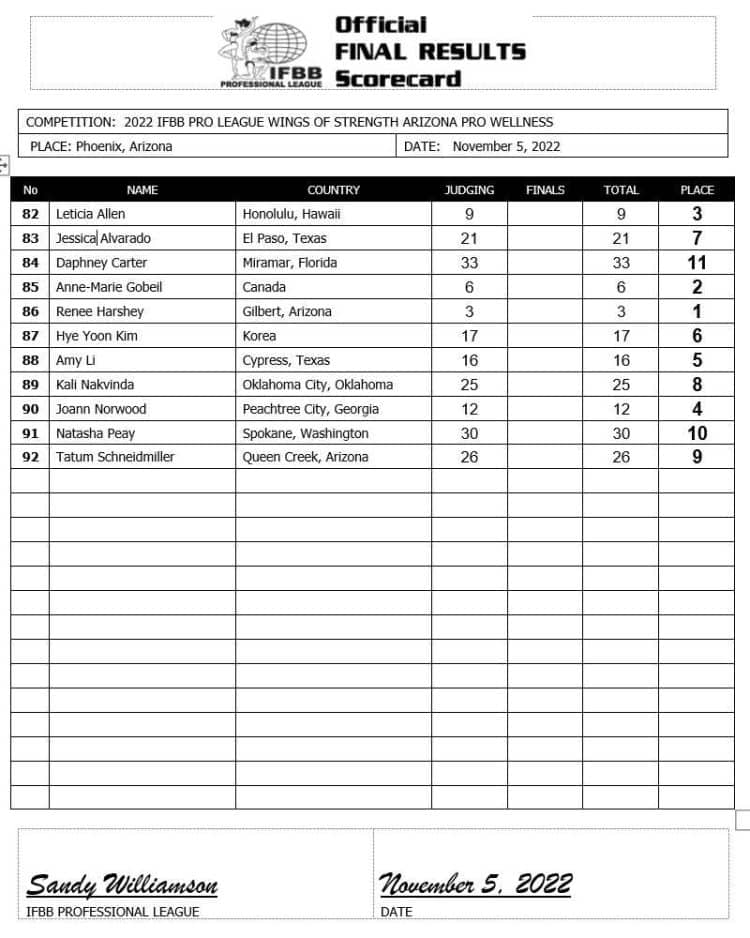 Our staff at Fitness Volt look forward to seeing the winners compete at 2022 Olympia!