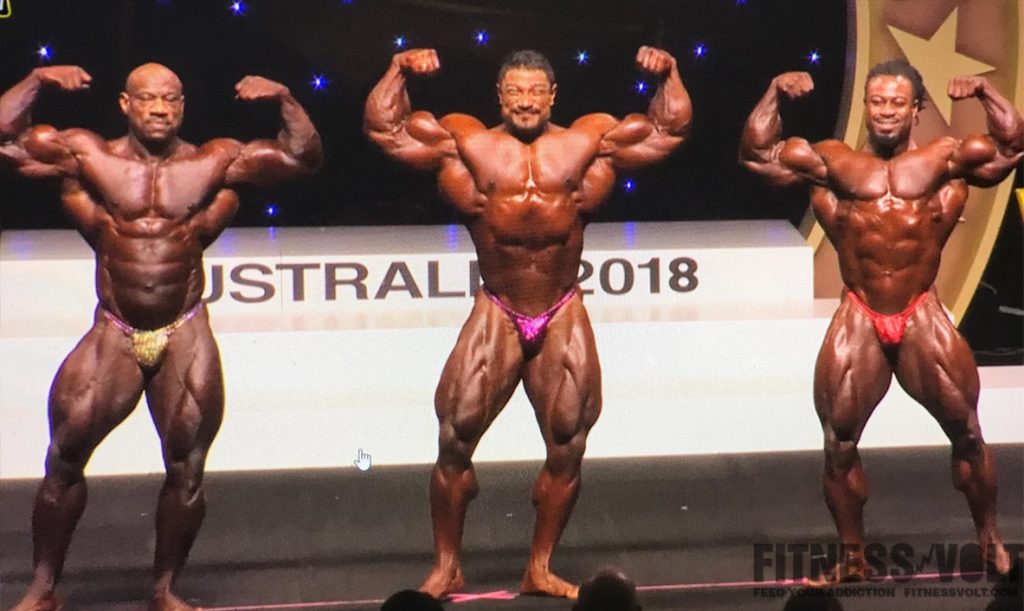 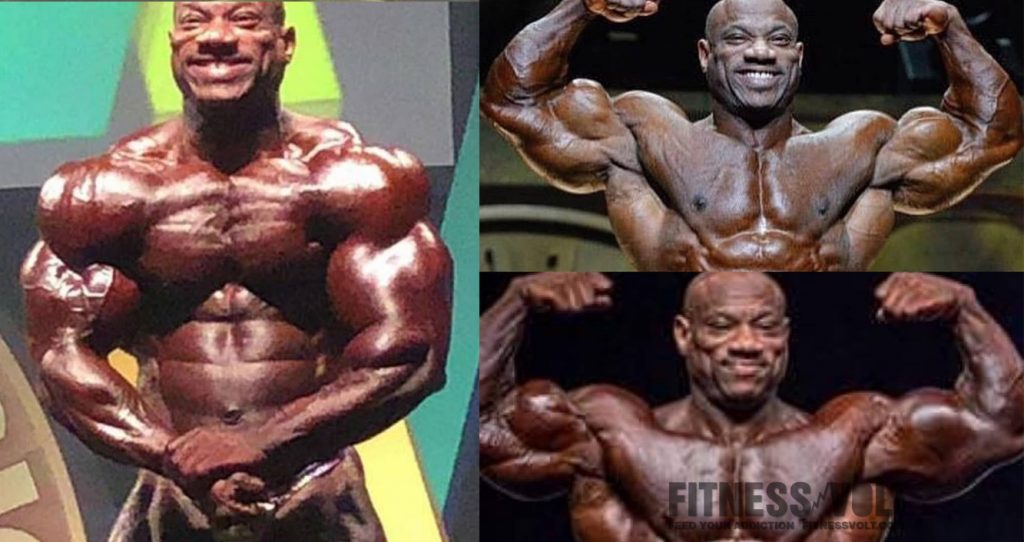 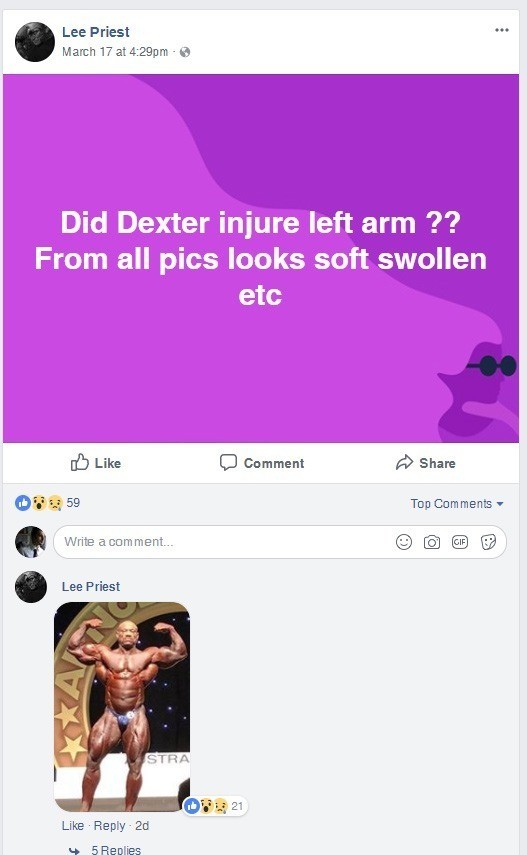 Dexter, 48 has never torn a muscle all these years but maybe his luck finally ran out as he confirmed on social media that he suffered a ‘Fucking Slight Tear’

In a reply to a negative comment on social media about his Arm and possible use of oil/synthol Dexter said:

“I have never used any oil in my arms or shits period for that matter. Get your facts straight before you start running your mouth you really don’t know if all!!” 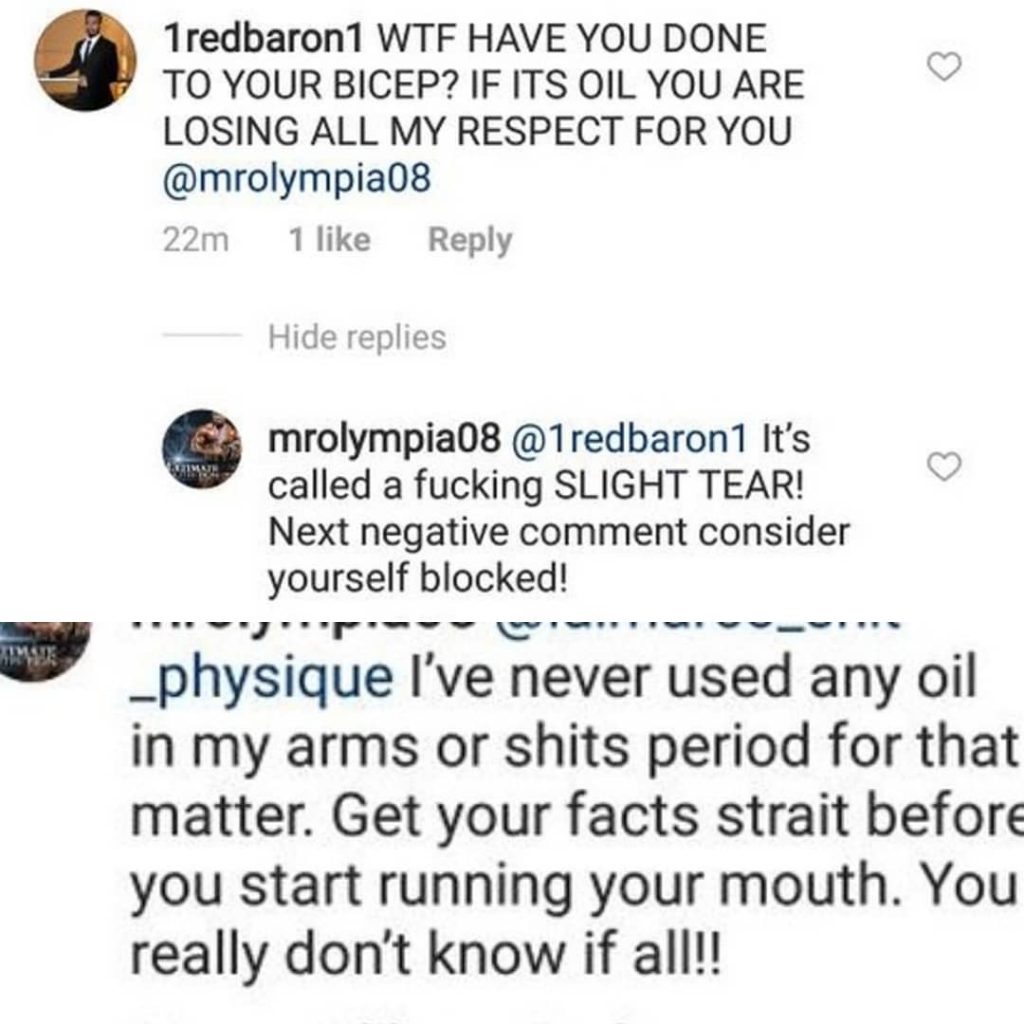 Dexter’s injury looks similar to the one Jay Cutler suffered at the 2011 Mr. Olympia when he passed the title on to Phil Heath. 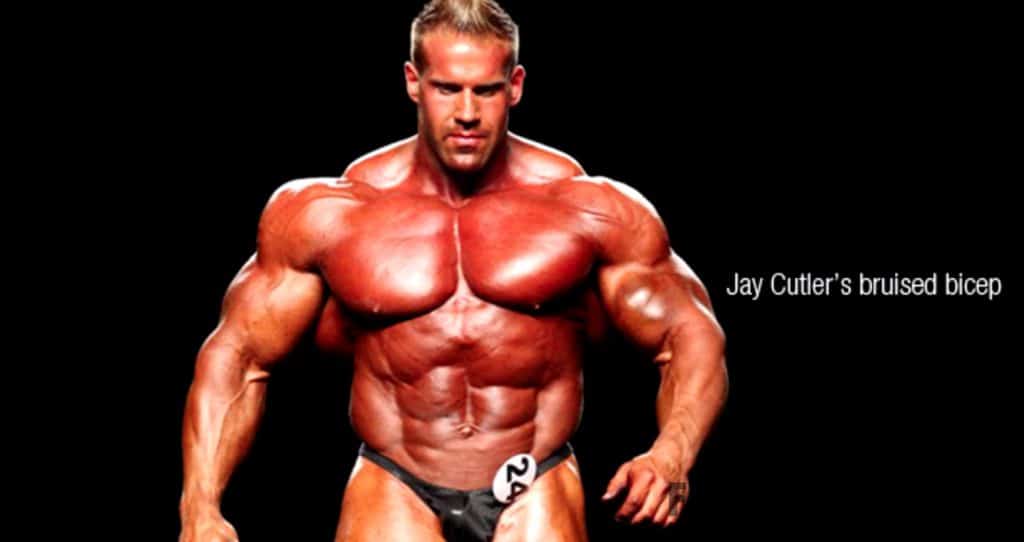 Dexter Jackson is 48-year-old so if this is a serious injury that would need some time to heal! We hope the injury is nothing serious and we wish Dexter a fast & speedy recovery and we love to see him back in action at the Olympia stage.