From a skinny teen to a ripped bodybuilder!

David Laid started his fitness journey at an early age. He is now a global sensation, overcoming many adversities to become a social media personality, sponsored athlete, and fitness model. At only 19 years, David Laid has already made a name for himself in the fitness industry. 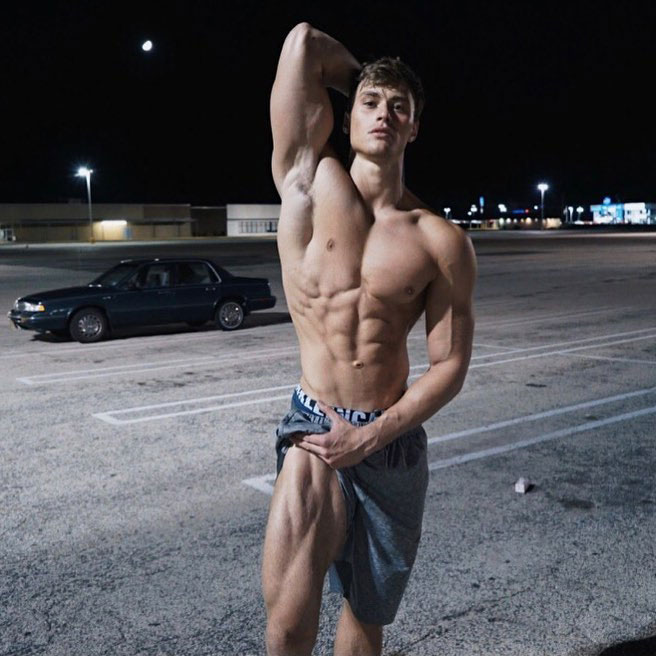 David had many misfortunes growing up, from losing his father when he was just 2 years old to being bullied in school, leading to self-confidence issues. As if that were not enough, David was diagnosed with Scoliosis at 14 years. It was at this point that David decided to start strength training to add muscle. Even though the bullying continued, he was focused on transforming his body. Through a ridiculous work ethic, he eventually built an enviable physique. He has amassed a massive following on all his social media platforms. Laid’s desire to continually improve keeps him pushing forward.

David Laid is currently 24 years old according to his date of birth January 29, 1998. 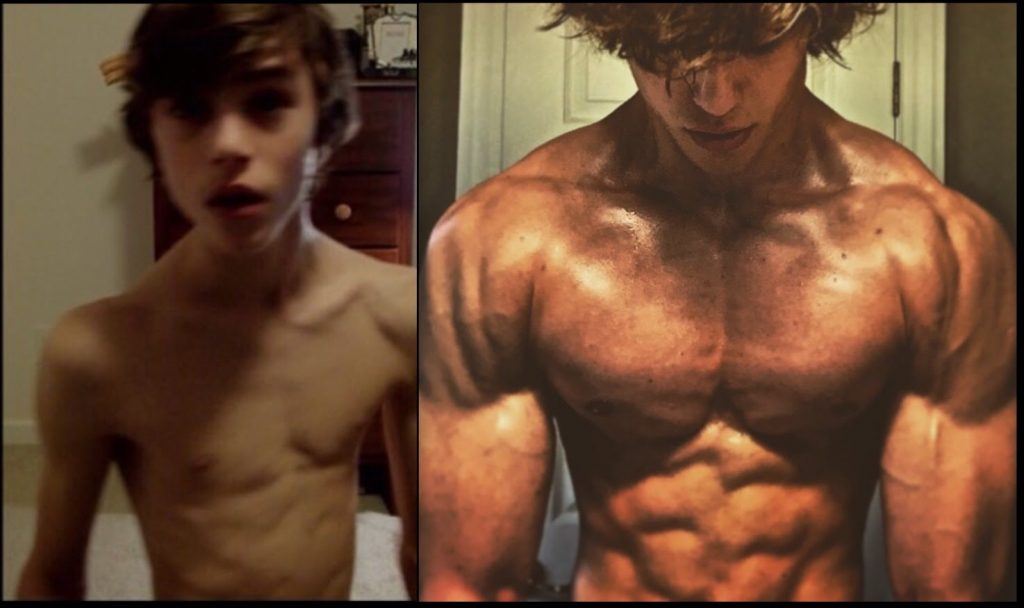 Born in 1998 in Estonia, he progressively transformed from a skinny frame to one of the most enviable physiques in the fitness industry. When he was just 2 years, his father slipped off a docked ship and died. Devastated by the tragic event, David moved to the USA in search of a better life for herself and her son.

David weighed only 98lbs at 14 years. David suffered a lot of ridicule and bullying, especially in school, due to his skinny frame. This made him very insecure about his body. Without a father figure to guide him, Laid’s early teenage life was full of self-confidence issues.

To make matters worse, he was diagnosed with scoliosis. Doctors advised him to hit the gym and start weight training. However, the bullying never stopped, and this had a huge impact on his life. His insecurities affected every aspect of his life. A few years after the diagnosis, he decided to make a positive change in his life. He gained interest in fitness, which would eventually change his life for the better.

David Laid started to consistently lift weights, adopting a fitness lifestyle. He was determined to transform from his skinny frame. 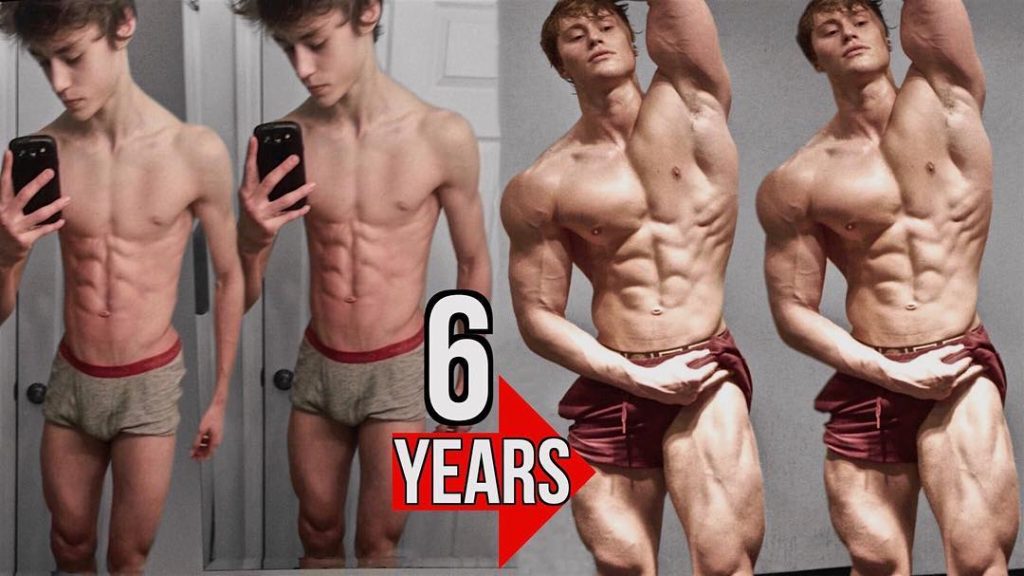 When he started lifting weights, he had zero knowledge about proper diet and training techniques. However, he was very passionate and watched YouTube videos to gain insight into building muscle. He came across many transformation videos, inspiring him to train harder on his fitness journey. Progress was quick, and his physique started taking shape. The body transformation videos also improved his confidence, making him more focused on the prospects rather than past adversities.

Fitness soon became his way of life. Within a few months of lifting weights, David had built a leaned body. He was no longer insecure about his body. There was no looking back for him; he was focused on achieving his dream physique.

David Laid has been gaining many social media followers since he started a fitness lifestyle. He regularly shares awesome pictures and videos of his body transformation to inspire others in their fitness journey. He has earned huge admiration across the world due to his physique. Many people are also inspired by how he was able to turn his life around. He constantly shares his workout routines and fitness advice. 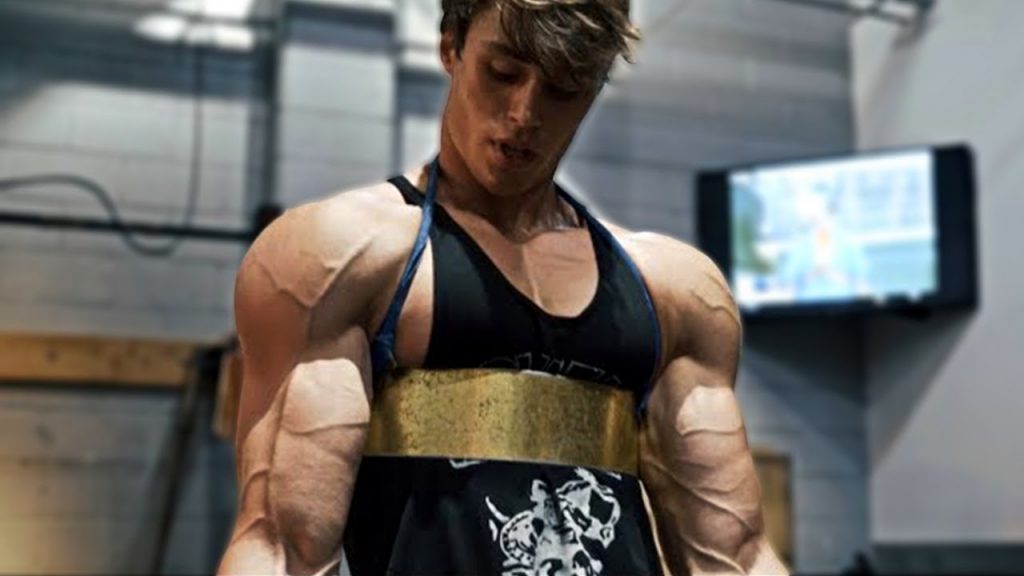 Deadlifts, bench press, and squats are his favorite workouts. He uses the exercises to maintain and enhance his physique. He follows a strict workout schedule, training 6 times per week. His dedication in the gym is unrivaled, sometimes training for up to 6 hours in a day. His work ethic is admirable, he prefers a push, pull, legs split training. He finds the method to be most suitable for his body. 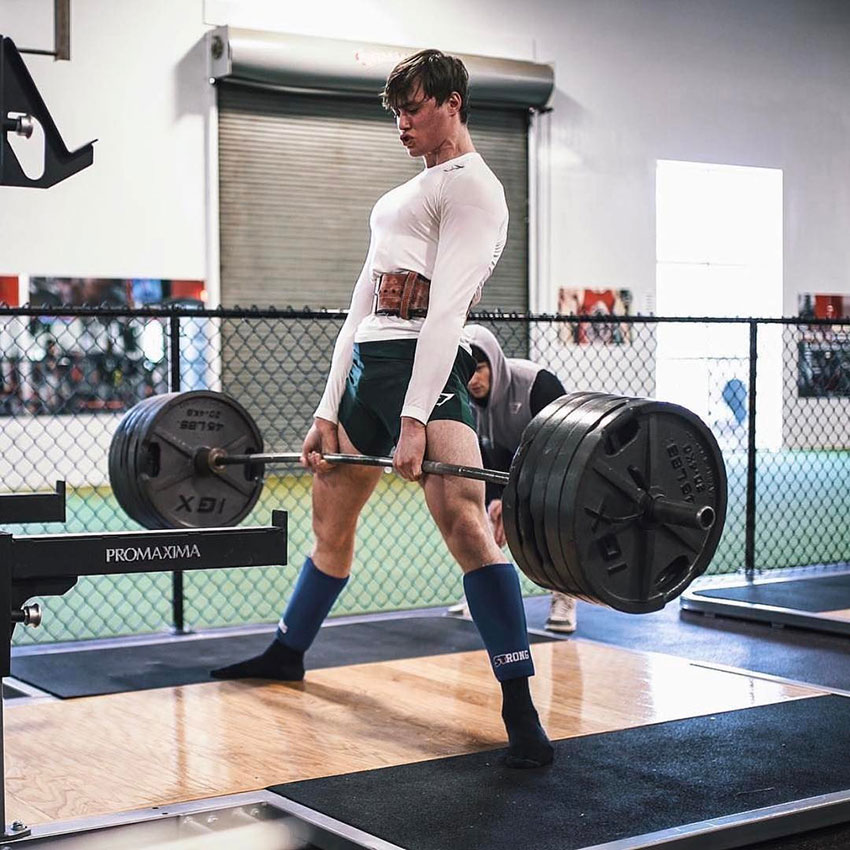 David has a huge challenge when it comes to dieting, he lacks the appetite to eat large amounts of food regularly. This is a huge setback, especially when hitting the gym to build muscle. He was thus eating high-calorie foods, allowing him to gain mass rapidly. He, therefore, can eat a wide variety of foods, as long as he monitors his calorie intake. He adjusts his calorie intake depending on his fitness goals. He thus has different calorie intakes depending on whether he is bulking, cutting or maintaining his weight. 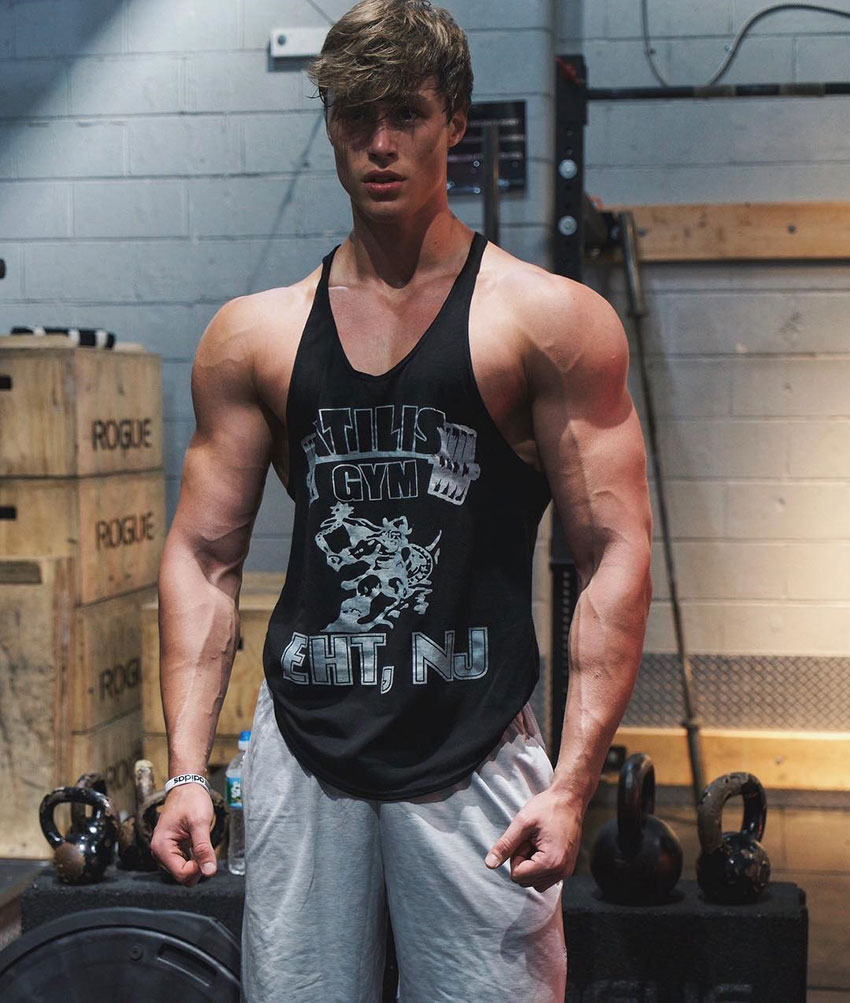 When he started pumping iron, David Laid watched body transformation videos to gain insight and also stay motivated. Hodgetwins Marc Fitt and Jeff Seid had a huge impact on his body transformation. The fitness icons also inspired him to document his progress to help others in their fitness journey. He has also been self-motivated to rise above adversities in his journey.

What we can learn from David

David sought to make a positive change in his life instead of focusing on his insecurities. Through his passion and solid work ethic, he was able to transform his body and achieve his physique. 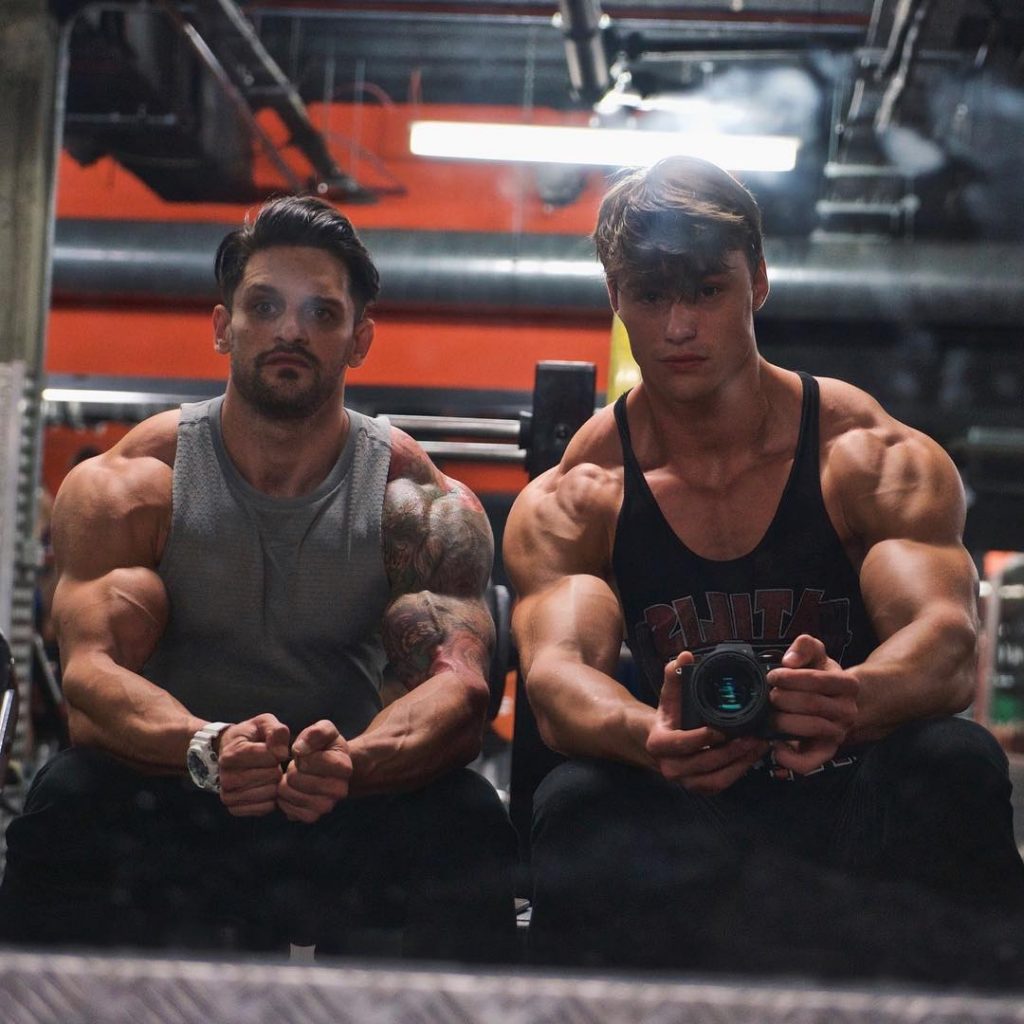 When he was starting out, he acknowledged that he was a newbie and thus sought advice from his idols among the fitness community. He is proof of what a dedicated mindset in the gym can achieve. David Laid has inspired many people, not just in the fitness community, to transform their lives and become better versions of themselves.

David Laid Tries Plant-Based Diet, And He Does Not Plan To Quit

Plant-based diets are quickly becoming one of the hottest trends in the fitness industry. Now famed personality David Laid gives...

Much like their female counterparts, the world's best male fitness models are much more than an impressive physique. They inspire...

Bradley Martyn is an American social media celebrity, bodybuilder and fitness guru. The muscle guy is an internet sensation, especially...

Jeff Seid’s childhood dream was always to pursue a career in sports until an unforeseeable injury changed his life. He...