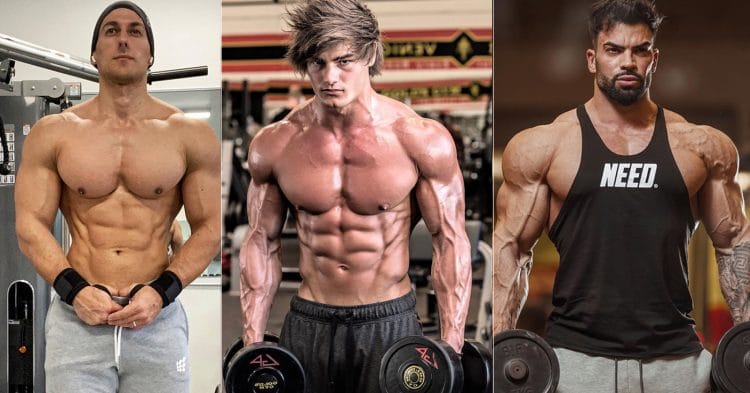 Much like their female counterparts, the world’s best male fitness models are much more than an impressive physique. They inspire millions around the world through their stories and achievements as a result of hard work and relentless dedication.

The following men have truly earned their spot in the following list, although, yours might look a little different. However, most would agree that many of our top picks are entirely justified as they’re very well-known in the fitness industry.

Ulisses Jr. is undoubtedly at the top of the male fitness model heap and an icon. He has the physique of a mythical god and his 8-pack is among his most notable characteristics. But the New York native came along way from being a skinny kid to being one of the most recognizable and in-demand faces in the industry.

He also played sports and was very athletic as a high schooler, before transitioning into bodybuilding where it appeared he had a ton of potential, having competed at many shows.

But fitness modeling and his own personal endeavors such as coaching seemed to offer him more success. Ulisses Jr. has 7.3 million followers on Instagram, his own YouTube channel, and is a business owner.

Besides being one of the most in-demand fitness models in the world, Sergi Constance has had much success as a Men’s Physique competitor. The Spanish model has also graced the cover of many top fitness magazines and it’s no surprise due to his all-around good looks.

Constance is the CEO of his own company and has his 5-year degree in Sciences of Physical Education and Sports.

Besides being involved in the fitness industry, he has appeared in some pretty big films as well such as Justice League (2017) and Summertime (2018).

Hadzovic is originally from Bosnia and had to flee the country as a child during war to relocate to New York. But despite his rough childhood, he rose through the ranks and really made a name for himself.

Jeff Seid started off as an athletic kid, eventually being a highly ranked high school wrestler and track record-setter. However, his athletic dreams came to an end after an injury.

But this was possibly a blessing in disguise because Seid went on to become the youngest ever IFBB competitor in history.

The now 25-year old owns his own apparel line (SeidWear), is a trainer, and wrote his own book, Guide to Aesthetics.

Lazar Angelov is known to have one of the most visually impressive physiques ever. He’s an absolute icon and one of the most well-known male fitness models on the planet. Angelov has 5.8 million followers which shows the dedicated following he has.

The Bulgarian bodybuilder and model played professional basketball for many years but being a prominent figure in the industry, has seemed to be where he has received the most recognition. Angelov’s abs are among his most notable features. He’s also the author of ABS: The Secret Revealed.

Ryan Terry sure earned his acknowledgment as one of the world’s premiere models and Physique competitors. Terry started off as a plumber and gas engineer in Worksop, Nottinghamshire England. But his life went in a different direction after his friend entered a picture of him in a modeling contest of which he won.

Terry then won the Mr. Great Britain in 2010 before winning Mister International. This opened up so many doors and it wasn’t long before he was a high-demand model.

Since then, he has consistently placed high in the Men’s Physique division, having won the Arnold in 2017. His most recent contest was the 2019 Asia Grand Prix Men’s Physique of which he took 1st prize.

Possibly the most legendary fitness model on the list… at age 51, Mike O’Hearn has certainly defied the laws of aging. His physique is iconic and has appeared on literally hundreds of magazine covers. O’Hearn was also named fitness model of the year seven times.

The Washington native is also known for playing a Gladiator for both the original and later series plus he went on to act in a few film and TV roles.

As far as popularity and overall success go, English bodybuilder and model Simeon Panda is right near the top. He was named to Forbes top ten fitness influencers and hosts many events around the world.

He has also appeared on several magazine covers such as Muscle & Fitness, MuscleMag, Muscle-Insider, and Fitness RX to name a few and continues to inspire people around the globe to stay fit. Panda also owns Just Lift, an apparel, gear, and accessories company.

Rob Riches is really an inspirational figure in the industry. The UK-born model and competitor has hosted his own show “The Rob Riches show,” and has been given opportunities within the industry and many could only dream of.

Riches established himself as one of the best personal training in his home country.

Then in 2005, he was offered to model for many top fitness magazines in Europe, and then moved to Los Angeles California after realizing his potential was limitless. So, things just took off for him, and soon he was a recognizable face in fitness.

Steve Cook came from a very athletic family, including a father who was his trainer and mentor. But he definitely had his issues that cut his promising football career short, at age 23. So Cook was convinced to enter the local ‘Boise Fit Expo’s Fit Body Contest,’ of which he won.

This really sparked his interest in competing and fitness in general which led him to win other contests including the 2010 Bodybuilding.com Fit Body competition and the 2011 NPC Iron Man Magazine Natural Bodybuilding, Figure, and Bikini Championships.

He went on to become a spokesperson for several companies and appeared on the cover of magazines such as Muscle & Fitness, Men’s Fitness, and Iron Man.

Cook owns the clothing line Swoldier Nation and his own gym. He also became a coach on USA Network’s “The Biggest Loser.

David Laid started off as a super-skinny teenager who got into lifting to build confidence in himself. He lost his father at 2 years old and learned that he had developed scoliosis at only 14.

But after finding inspiration from the like of Greg Plitt, Jeff Seid, and even Mar Fitt, the 22-year-old took it upon himself to make some necessary changes.

As a result, he inspired others and built a big social media following.

Marc Fitt is another big name in the industry. The Canadian model and entrepreneur has achieved a lot at age 25, becoming a top industry figure.

Fitt is also a trainer, public speaker, podcast host, and his inspirational work has caught the attention of many who’ve found inspiration from his endeavors.

Australian actor and bodybuilder Calum Von Moger had a promising competitive career although injuries and likely other endeavors have prevented him from dedicating himself to the sport of bodybuilding. He announced a comeback last year but due to current circumstances, everything has been put on hold.

Calum Von Moger played Arnold Schwarzenegger in the 2018 film, Bigger. He was also in Generation 2 (2017) and Calum Von Moger: Unbroken as himself in 2019.

Jaco De Bruyn is a successful coach and according to the bio on his website, the “first-ever Muscle Model in the world”. He has helped to transform so many lives and bodies which is truly one of his passions.

The South African began as a model and then wanted to try his hand at bodybuilding of which turned out to be a success, following some significant wins. His first contest was the Mr. Pretoria where he placed 1st and then he went on to place well as many other competitions also winning the 2010 Heat Watch Magazine Manwatch, 2011 Mr. Physique Bodybeatiful South Africa, and the 2012 Mr. Physique, Bodybuilding.

Joey Swoll (Joseph Sergo) is probably the most swole male fitness model on the list. He’s also quite popular with 2.2 million followers on Instagram.

Sergo has modeled for several top magazines and owns his own supplement brand which is not bad for someone who was very insecure at first before finding his passion for bodybuilding and inspiring others.

Anton Antipov is a Belarus bodybuilder and model who had great influence early on with a father who encouraged him to work on his fitness. He and his family moved to the US (New York) in the 1990s where he eventually went on to sign with Boss Models agency.

Antipov then pursued a bodybuilding career, winning the IFBB North Americans in 2012 which also earned him a Pro card. So the Belarussian has done quite well for himself, and especially as a top male fitness model.

Roger Snipes is absolutely yoked and the British model has won some pretty significant bodybuilding shows because of his jaw-dropping physique. Snipes was very active athletically at a young age but was obviously suited for bodybuilding.

He won his 2010 debut (Mister UK), and then in 2013, he competed as a Muscle Model and took first place at the WBFF European Championship to win his pro card. Snipes has received a lot of recognition for his achievements by multiple top magazines.

Fitness model James Ellis is a devout Christian who is very open about his faith. He also has a vlog/blog on being spiritually fit which shows how dedicated he is. Of course, he also has information on his site about being physically fit as well.

Pietro Boselli is an Italian model who was actually an engineer and former mathematics lecturer before his career really took off. Although, he was discovered at 6 years old and became a model for Armani Junior.

When Boselli taught math to Engineer students, one of them posted his physique to Facebook that went viral. So, he signed with a British agency and was deemed, “World’s Sexiest Math Teacher”.

Boselli has appeared in GQ and on the cover of Attitude. He has 2.7 million Instagram followers.

Scott Baptie is a Scottish nutritionist and former fitness model who is known for creating some very delicious protein-focused recipes as he himself does not respond well to high-carb dieting.

He even has books available at thehighproteinhandbook.com. Baptie has also modeled for several high-profile magazines.

We cannot have a best male fitness models list without the iconic Greg Plitt. He made a huge impact on the industry being involved with many fitness companies and appearing on many big magazine covers.

Plitt was an Army Ranger and then went on to become arguably the most famous fitness model of his time.

He was a spokesperson/model for Thierry Mugler’s Angel Men and ICE*Men men’s fragrances. Plus, he appeared in many commercials for Bowflex, Under Armor, Old Spice and he went on to pursue a career in acting as well.

During filming for a self-made energy drink commercial back in 2015, Plitt was killed by a train while running between the rails.

These male fitness models have earned their spots on our list. You may recognize many of these faces and some you may not. But we know for certain you can find inspiration through many of their stories and careers. Your list may look a little different and we’re OK with that. 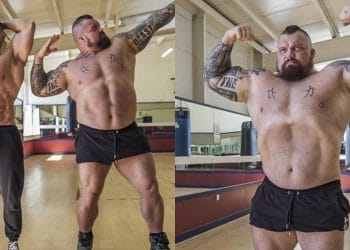 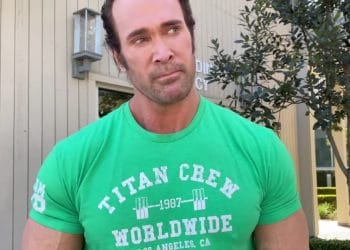 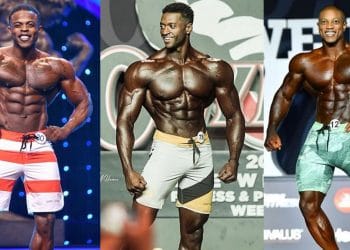 Is Creatine Bad for You?