David Laid Tries Plant-Based Diet, And He Does Not Plan To Quit 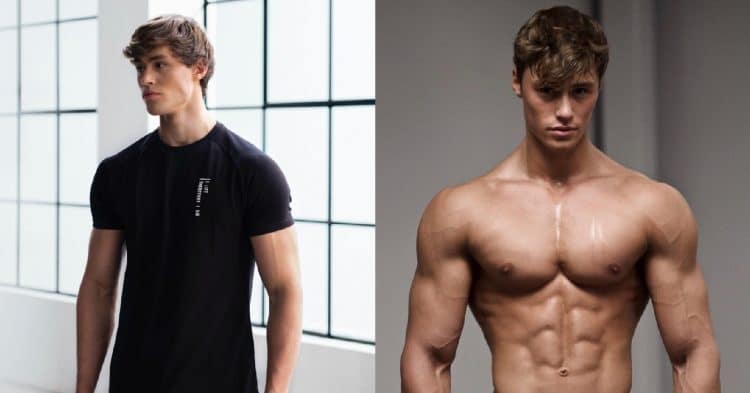 Plant-based diets are quickly becoming one of the hottest trends in the fitness industry. Now famed personality David Laid gives it a try, and he seems to absolutely love it.

Laid has made a name for himself in the fitness world, in large part due to his massive social media following. The bodybuilder and powerlifter has garnered a huge fanbase of people who are blown away by his looks, and ultra jacked physique. This has been enough to earn the model a staggering folloing of 1.4 million on his Instagram alone.

Recently, David Laid decided to use his following to share a positive message of the changes he has made to his diet. Taking to his Instagram, he shared a photo of his already shredded physique, looking particularly cut. At the same time, he explains that the reason he is looking so trim, is because he decided to try a plant-based diet.

“About a month in on a vegan diet, definitely lost some weight but I feel much better and have way more energy, planning on continuing 🌱”

Although he says that he lost some weight, Laid seems overall happy on the diet, which has led him to want to continue with it. He says that it makes him feel better, and more energized. Furthermore he explained the comments that he is using some protein shakes to supplement his protein intake, as well as using smoothies to help balance his essential fatty acids.

Laid is no stranger to trying new things with his diet. Just prior to his turn to vegan, he even did a 72 hour fast. This was more to rid his body of glycogen, but he still trimmed up from it nonetheless.

David Laid is just the latest of athletes making the move to a plant-based diet. He is by far one of the highest profile person to do so, but he joins the ranks of Kai Greene, and Mark Wahlberg. While there is still a lot of debate of the merits of this diet, there is no denying that it works well for some people.

Will Iceland’s Strongest Man Be The Last We See The Mountain In Strongman?