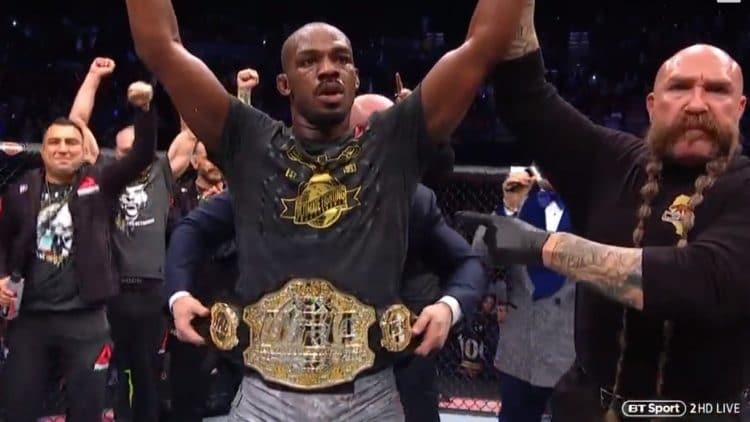 One of the biggest rematches in UFC history will go down Saturday night (Sat., Dec. 29, 2018) in the main headliner of UFC 232 from inside The Forum in Inglewood, California, as former UFC light heavyweight champion Jon ‘Bones’ Jones will clash against formal rival Alexander Gustafsson for the vacant 205-pound title.

The pair fought first time at UFC 165 five years ago; which saw Jon Jones earn the decision to retain his title, however, many fight fans believe that Alexander Gustafsson did enough to get the nod.

Jones recent drug test debacle caused a lot of stir among fans and fighters. After consulting with all the “experts” around the world the promotion and USADA concluded that nothing shady was done on ‘Bones’ end, with many are not-so-quick to buy it. In the wake of this fiasco, promotion relocated the entire fight card from Nevada to California.

Looks like both men are not willing to commit to attack in the opening minutes, Jones lands an early knee which grazes of the chin of Gustafsson.

Jones land an elbow and a string of low kicks to steal the first round. Fairly uneventful round compared to the first fight five years ago.

Gustafsson begins to press forward Jones switches and lands a good kick to the body Gustafsson find his boxing range but nothing of lands so far!

Jones is hitting his kicks with great accuracy Gustafsson is begging to press forward but the leg kicks of Jones may have hurt him.

Again not much to report in the 2nd round.

Jones TAKES DOWN Gustafsson. Jones on top of Gustafsson trying to mount his opponent…. and Jones end the fight, ground and pounds Alexander Gustafsson to a third-round TKO win

Lead elbow lands from @JonnyBones in round 1! #UFC232 pic.twitter.com/iEnromj4vv

Jones gets the takedown in round 3, and starts landing those short elbows! #UFC232 pic.twitter.com/P0wQpABwYr