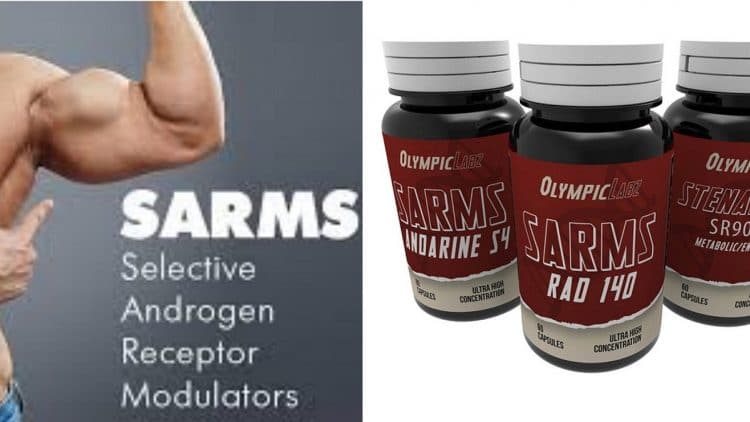 SARMS are the hot new thing on the sketchy supplement market. Chances are you probably saw one of those fitness youtubers talk about this in the last year or so. From what I’ve seen so far the videos come in either of the following three categories; 1. A consumer telling you their experience with SARMs, 2. A critic of unnatural athletes and hidden consumers, and 3. The know-it-all “expert” explaining the science behind the supplement.

For the purpose of this article, I will be the know-it-all explainer. So let’s start from the bare basics, the name: Selective Androgen Receptor Modulators. This means, unlike anabolic steroids, this targets your skeletal muscle specifically. “Wait..what, I don’t get it?” I am glad you are confused, because now I can do my magic and mansplain to you the difference ‘roids and SARMs.

Anabolic steroids like growth hormone have a widespread growth impact on your body. Once you ingest anabolics into your system they go full CT Fletcher mode on you and tell every single cell in your body “I COMMAND you to grow“. That’s also why steroids have so much side effects. They are synthetic hormones that do all kinds of crazy stuff to your body because they force you to grow past your natural limits. SARMs, on the other hand just hit the growth receptors in your muscles, not the entire body. 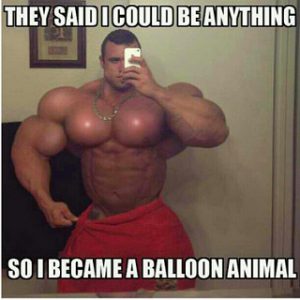 I imagine just from these two paragraphs above you can easily tell why everyone is up in arms talking about SARMs. On paper, they seem like steroids but without all the negative side effects steroid consumption brings. You start juicing harder than a 12-year-old holding a neighborhood lemonade stand, get jacked and have zero consequences. It’s like you find out your favorite video game has some sort of a loophole that allows you to download unlimited DLC and pay nothing for it. Holy shit this sounds amazing!

Well…kinda. Now before I get into the side effects and the functionality of SARMs, let’s first talk a bit about its history. A steroidal version of SARMs was first developed in the 40’s as a form of muscle degenerating preventor in cancer patients. However, these came with the classic steroidal side effects(kidney and liver problems) and were not really used anywhere up until the 90’s when a none steroid version was developed. Then in 2013, some companies started selling what they claimed were SARMs as food supplements. It was later revealed that these companies were selling garbage instead of SARMs.

Today’s market is in a similar situation companies put everything and anything in their product and sell it as SARMs. Now, with all of that out of the way, let’s talk about what kinds of SARMs exist and what are their effects and side effects.

This is a very common SARM and the internet says it promotes fat loss and lean muscle gain. You can take it orally(just like your girlfriend) up to 5mg daily, which has so far proven to be the side-effect free threshold. Anything above that can cause your testosterone levels to drop drastically once you stop taking it. If you are a hardcore sports fan, “Ligandrol” might be ringing a few bells by now, because NFL QB Will Grier was caught with this stuff in his system back in 2015.

This bad boy affects the bone tissue and is currently being used for osteoporosis treatment. Consumers often cite vision blurriness and problems with color recognition as one of the most common side effects of usage. On its own it has a very weak effect on the body so should you decide to use it, you should mix it with one or two other SARMs.

This one is the most commonly used SARM because of it’s “have your cake and eat it too” effect. It promotes fat loss and muscle growth at the same time, thusly allowing you to stay the same weight and get super jacked and shredded. Just like pretty much all of the SARMs on this list, if you take it long enough and often enough your test levels will drop harder than a sick beat at a party.

Now this one is special. Its standard qualities are what you would expect from a SARM. Muscle growth, fat loss, and sick gainz. However, this one might just be the key weapon in battling Alzheimer’s disease as it shows neuroprotective abilities!

Conclusion….listen, SARMs are looking very promising. Not gonna lie, I myself am a bit tempted into going down this path, but let’s all just calm down for a second and take a deep breath. There is nowhere near enough clinical trials to prove the long term efficiency of SARMs. Lawd knows the supplement market is flooded with “legal steroids” and all sorts of crap. Wait and see, maybe this really is the future or maybe all these SARMs users will start morphing into mutants or some shit. If you are a competing athlete considering usage of SARMs, be careful. It’s on the USADA banned substance list and basically every drug tested federation will consider your test a failed one if your test come back positive for SARMs.