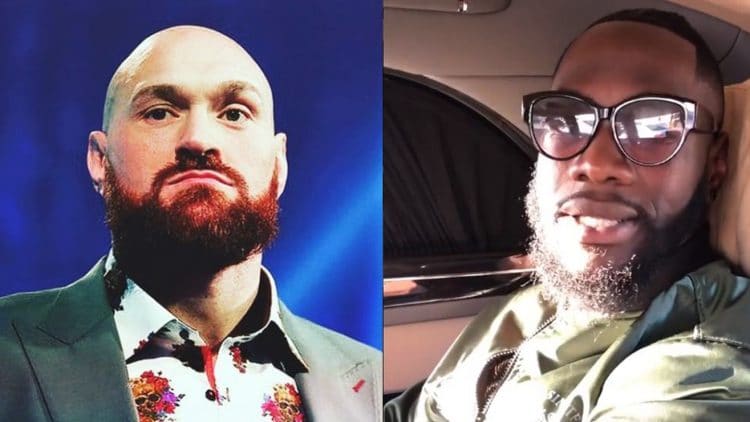 Deontay Wilder Claims He Is Not Using His Arm Injury As An Excuse For His Performance Versus Tyson Fury!

We watched one of the most classic boxing matches ever on Saturday night. Deontay Wilder successfully retained his WBC Heavyweight title. But two big controversies followed this fight.

Controversy 1. The fight ended in a draw (115-111 Wilder (Alejandro Rochin), 114-112 Fury (Robert Tapper) and 113-113 draw (Phil Edwards). But despite Tyson Fury was un underdog, he dominated most of the rounds. Even the two broadcasters expected judges to claim the British fighter a winner!

Tyson Fury was so furious. He even called WBC to sack the judge Alejandro Rochin, who scored the bout in the favor of Deontay Wilder.

Controversy 2. The referee was commended for not stopping the match after Wilder’s brutal left hook which sent Fury to the canvas in the last round. Wilder even posted a video that proves the British boxer didn’t recover on time.

#AndStill
Keep the vids coming for The Sick MFs That hate I won, The Blind MFs that can’t face reality and the MFs that just don’t want to see US Succeed🖕🏿 #BombZquad #YouKnowWhoYouAre #AllTalkGoodTalk pic.twitter.com/xshY9RDgSX

Deontay Wilder also confessed that the match was under a big question mark. Wilder broke his arm only 12 weeks before starting a camp to fight Tyson Fury! “The Bronze Bomber” revealed he suffered arm fracture from the wrist to elbow during a sparring session and had surgery before the showdown. (h/t The Sun)

“A lot of people don’t know, 12 weeks before camp I broke my arm, we kept that a secret, surgery and everything,”

“I broke my arm from my wrist to elbow, I was sparring, getting ready and I was getting the best of my sparring partner, I was going to the body, he turned his elbow out and my bones and his elbow went in like a hammer to a nail. It just broke it.”

Deontay Wilder says the fracture had a monstrous impact on his preparations. Yet, Wilder claims he isn’t using an injury as an excuse for his performance.

“We wanted to keep that sewed up, you know, we don’t make excuses, that whole camp we rallied through and I barely threw any punches my whole camp.”

“So that could also have been another reason, with the being anxious to want to get Fury out so badly, having so much pressure on me with the pay-per-view.”

In the meantime, Deontay Wilder opened up about the possibility of a Tyson Fury rematch.

What took this fool so long? Like we ain’t been interested?!! 🙄Anyway well done Fury! they wanted to get you because they assumed you was finished!! I’ll give you a fair one when your ready! Either one of you! https://t.co/RlytsIrnud

What took this fool so long? Like we ain’t been interested?!! ?Anyway well done Fury! they wanted to get you because they assumed you was finished!! I’ll give you a fair one when your ready! Either one of you!

Let’s remember, IBF, WBA, and WBO champion Anthony Joshua is set to defend his world title on April 13, 2019, on Wembley Stadium in London. But his opponent is unknown yet!

The situation looks so complicated. It is very hard to predict what happens next. Do you think Wilder uses his injury as an excuse for a sloppy performance against “The Gypsy King”? Would you like to see Deontay Wilder Vs Tyson Fury 2 soon? Who will be Joshua’s next rival?

Enhance Your Strength And Gains By Combining Powerlifting & Bodybuilding

Deontay Wilder is one of the best boxers of our time. He has earned the reputation of a knockout maestro...

You are not alone if you thought we were referring to a furious Mike Tyson in the headline. Actually, there...

For those of you that don't know, Deontay Wilder AKA "The Bronze Bomber" is a former WBC boxing champion known...

WBC heavyweight champion Tyson Fury has one of the most inspirational stories in all of sports. That inspiration just continues...