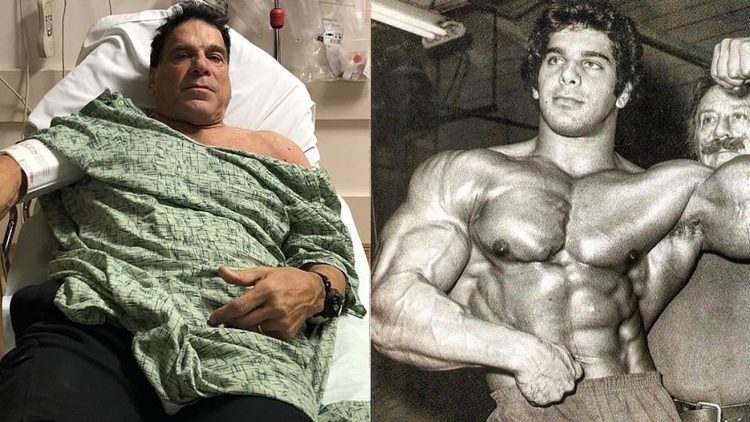 Even the Hulk is not exempt from hospital visits!

A routine Pneumonia vaccination resulted in an unexpected scare for bodybuilding legend Lou Ferrigno after fluid was left in his bicep.

The star of the 1970’s TV series “The Incredible Hulk” and former bodybuilder, Tweeted a picture of him laying in a hospital bed hooked up to an IV.

Went in for a pneumonia shot and landed up here with fluid in my bicep.

I’ll be ok but it’s important that you keep an eye on who’s giving the shot and make sure they not only swab the spot correctly but that you watch the needle come out of the package. pic.twitter.com/ccHiDrY1Po

“Went in for a pneumonia shot and landed up here with fluid in my bicep”.

There are many reasons which could have resulted in a fluid being left in Ferrigno’s bicep. It could have happened from a bad reaction, misuse during vaccination or even neglecting to disinfect the injection site properly. This according to Dr. William Schaffner, an infectious disease specialist at the Vanderbilt University School of Medicine.

Ferrigno had some words to say regarding this…

“I’ll be ok but it’s important that you keep an eye on who’s giving the shot and make sure they not only swab the spot correctly but that you watch the needle come out of the package”.

Fortunately, Ferrigno is out of the hospital now (He’s the Hulk, what did you expect?) as he followed up with another Tweet of him posing with Dolph Lundgren at a Smash Global MMA event in Los Angeles, not too long after he got out of the hospital.

Lou Ferrigno encourages fans and anyone else for that matter to take precautions when getting vaccinations.

Ferrigno’s Twitter was filled with ‘get well’ comments and many were even against getting vaccinations with the belief they are unhealthy and “poison” even.

We would wish Lou Ferrigno a speedy recovery but since the bad vaccination didn’t seem to faze the Hulk (As we’d expect) we hope something like this doesn’t happen again!

Bodybuilding legend and actor Lou Ferrigno is a man of many talents. Recently, the prolific bodybuilding figure shared a tour...

Few bodybuilders will ever be able to have the same type of career as Lou Ferrigno. Now the bodybuilding legend...