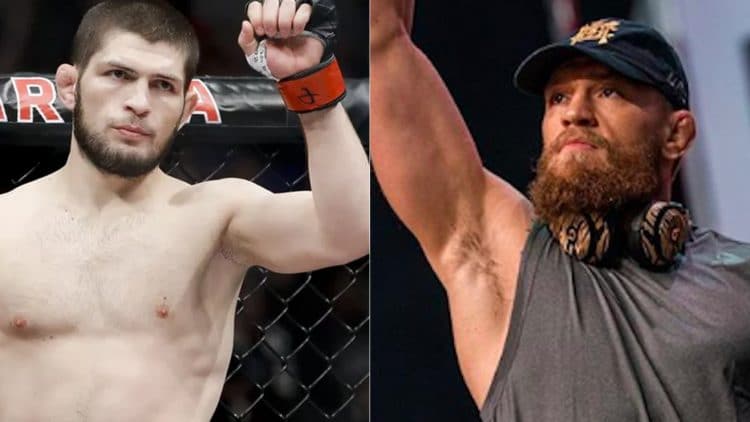 Khabib’s Father Abdulmanap Said, “They Offered $15million To Rematch With Conor, But We Want $30 Million.”

Reigning UFC lightweight champion Khabib Nurmagomedov mauled former two-division champion Conor McGregor via fourth-round submission in the main headliner of UFC 229 back in October. Instantly after scoring a win ‘Eagle’ leaped over the cage into the crowd to attack McGregor’s team member Dillon Danis that ensued riots inside and outside the Octagon. This fight is considered as one of the biggest in UFC history and draw 2.4million PPV buys.

Shortly after, Dana White told ESPN that Mcgregor has already called for a Khabib rematch.

But currently, both UFC stars awaiting Nevada State Athletic Commission penalties for their role in the incident.

Talking about a rumored rematch between Khabib and Mcgregor, ‘Eagle’s’ father and coach Abudlmanap said few other fighters deserve to take on Khabib’s title before Irishman take his chance. However, Abudlmanap revealed that they had received an offer of $15million for Mcgregor rematch, but we wanted 30million.

While the lucrative fight is right on the door, but Khabib’s father believes that Dustin Poirier and Tony Ferguson should be ‘Eagle’s’ next potential opponents and not Mcgregor.

“There are guys who deserve and wait for Khabib. We must respect them as fighters. This point should also be taken into account — both the Dustin Poirier and [Tony] Ferguson. Ferguson, I think it deserves it,” Abudlmanap added.

After UFC 229 win, rumors were circulating that 30-year old will retire soon, to that Abudlmanap poured cold water and simply said it’s just a speculation. Khabib’s father also said he has a dream of his son fighting on Russian soil and hopes UFC will give them what they deserve.

“How it goes, the Almighty alone knows, but the plans are as follows.”

“I always had this dream – one fight (in Russia). Wherever, whenever, whoever. For the UFC to give us that. And I will be fighting for that right. We’ve spent almost an eternity (in the sport),” he added.

“With injuries, and without them, thinking of retiring, thinking of staying, thinking of the health. We came back, we proved our point, we won it. That is it. There is no motivation left. We won the belt, defended it,” he further stated.

Khabib’s father also talked about NSAC and the possible outcome. He speculates his son could face a nine-month ban and $500,000 fine.

“I don’t know how it will end,” Abdulmanap said of his son’s ongoing issues with the NSAC.

“Now we are just looking forward for a bright future and other lucrative fights.”

Share your thought, do you think Khabib Nurmagomedov should accept this offer?