It’s about that time again… we’ll see a real clash of monsters at the 2019 Arnold Classic. Some of the very best IFBB pros will be competing for Arnold Classic champion status and it might be a really close one, seeing the shape these guys are in.

Bonac is quite the specimen to look at and it was evident seeing as he placed 3rd at the Mr. Olympia competition in 2017 and 4th in 2018. No one would doubt his ability to come in looking simply amazing but we will see how he stacks up against the other beasts who will be stepping on stage. He is, however, the reigning Arnold Classic champ, so let’s see if he can bring the same package in 2019.

Curry’s highest placing at the Olympia came in 2018 (5th) so maybe he will impress us all this year with some impressive showings. However, there are some competitors who are just phenomenal and only seem to keep getting better. Brandon Curry won the 2017 Arnold Classic Australia but it’s fair to say that past performances do not mean much at this point, and he will still need to be his best to place well.

A mass monster with crazy genetics, Bekeye, unfortunately, has not done his best as far as bringing the conditioning to significant shows. He is a great athlete but not really someone you’d expect to come in and beat the current top guys. He might have a decent finish but so far his performances have been nothing too impressive. But let’s never count anyone out yet!

Kuclo has some amazing body parts, however, when it comes to the question of whether he can stand against the best of the best… well, we don’t see it happening, at least not at this point in his career. He has great arms and legs but his chest and back need to fill out a little more before he can be a real threat. But at 6 foot and 250 lbs, you can see where it can be difficult to dominate in a sport where the best have stood a few inches shorter. His conditioning needs to be improved and due to his height, it will be tough to bring a winning package against guys like Winklaar and Bonac.

Victor Martinez should’ve won the 2007 Mr. Olympia after placing 2nd and he actually won the Arnold classic the same year. Unfortunately, Martinez does not have time to make a comeback and it has already been pretty apparent. His conditioning is not the same and never will be but he still might look incredible for his age. He did win the 2016 Baltimore Pro and 2017 Muscle Mayhem but each year that goes by is his enemy. We don’t expect him to be near the top 5 but he may place within the top 10.

Brandao has the shape and he has the ability to bring impressive conditioning. But will it be enough to stand on stage with the best in the world? If he brings his best conditioning possible, he might make a name for himself out there on stage. However, the competition will be fierce and the big names who will be competing are not ready to make room for anyone else just yet.

Unfortunately for Josh Lenartowics, his career has been extremely difficult and it has shown through his lack of consistency in competing. in 2017, there was a death in his family during Arnold Classic preparation, while 2018 was tough for him since his training partner Dallas McCarver died. Life has been tough for him but he’s back now to compete in 2019. Lenartowics has a freaky physique no doubt but his conditioning is not exactly up to par when compared to the top pros.

He’s no stranger to the Arnold Classic competition since he did win it in 2017. Cedric McMillan has got the genetics and the potential to win nearly any big show, however, his conditioning may be an issue this year. Legs are usually the first sign of age-related decline in the sport and although McMillan’s has a great physique, he will have to really bring the conditioning concerning his legs, if he wants to place well. Could he make a comeback?

Sandoe has some pretty cool body parts and he seems to have a pretty good balance in his physique. However, for him to come in and look good enough to be talked about as a top finisher, it might be too far-fetched. The freaky guys he will be up against are no joke and are sure to bring an even more impressive package.

Volinkin has time to improve since he recently won the 2018 Arnold amateur and he has promising potential. Chest wise, he can develop more mass and thickness but he will most likely make up for it if he brings great conditioning. It’s too early to tell where he will place in the competition, especially since he will face guys like Winklaar, McMillan, and Bonac. 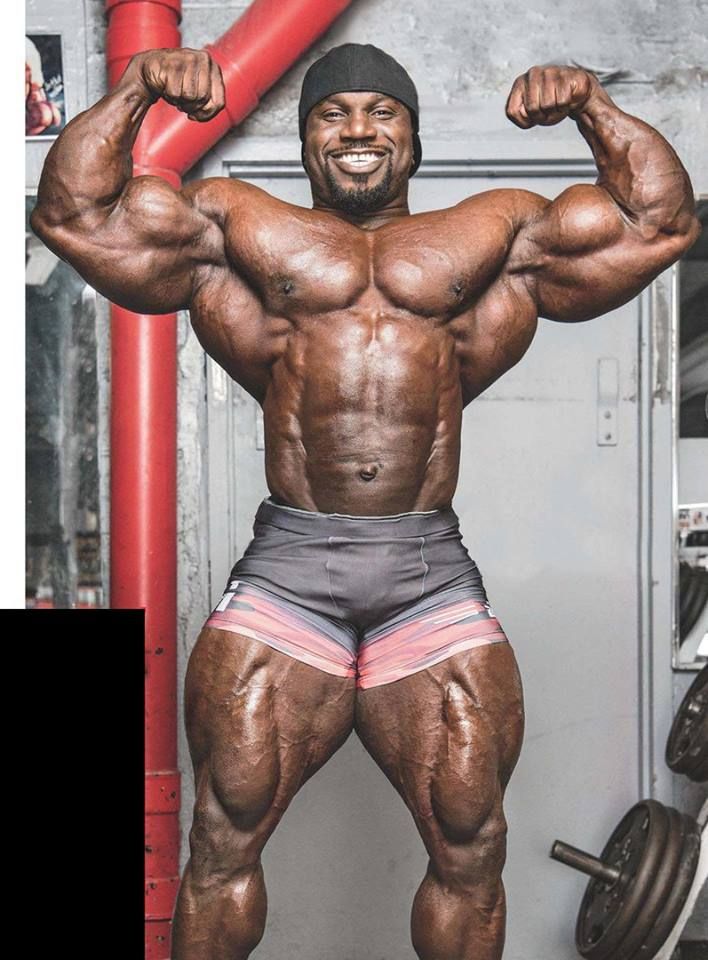 Akim Williams is one of those really monstrous bodybuilders who grace the stage with their large presence. Although he has a great build on him, conditioning is a real concern. See, Ronnie Coleman was massive but he was amazingly conditioned as well. Williams has not been able to replicate this and it could be the one thing that affects his placing.

If there was a bodybuilder who was first in line when genetics were being handed out, that person would be Roelly Winklaar. His third-place finish at the 2018 Mr. Olympia was well deserved and he could have placed even higher based on many opinions. He has an opportunity to extend his amazing 2018 season where he placed first at the 2018 Arnold Classic Australia and finished right behind Phil Heath at the Olympia last year. He’s a fan favorite and can look better than anyone when he’s on point with his conditioning. Hopefully, Roelly Winklaar takes advantage of a potential opportunity to be among the amazing bodybuilders in history to win such a prestigious contest, being the Arnold Classic.

This Arnold Schwarzenegger Commercial for New Company “Ladder” Will Fire You Up!