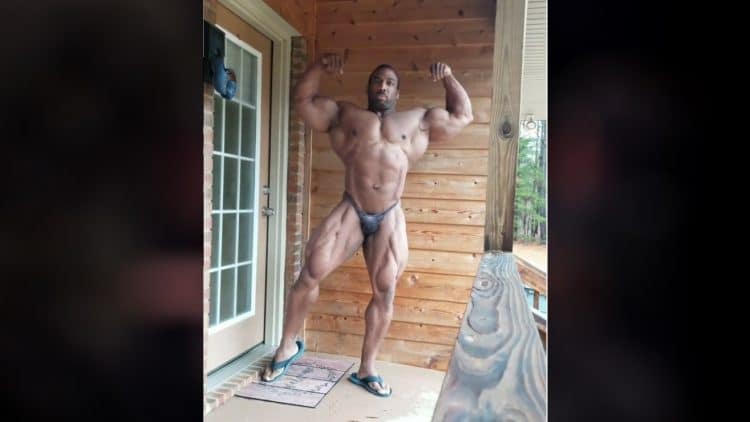 Can he bring his best to the Arnold this year?

Cedric McMillan recently posted an Instagram video of him posing at 290 pounds, 5 weeks out from the Arnold and he’s looking impressive but is he good enough to win?

He definitely has the size which is never a concern but conditioning is usually an issue for McMillan. He has top tier genetics and a huge fan following but sometimes it’s just not enough.

McMillan did win the Arnold Classic title in 2017 so he has what it takes but the only problem is there are a few beasts standing in his way this year.

Check out his posing video:

Now, Cedric McMillan doesn’t post too much on social media but he apparently feels pretty good right now since he decided to share his current physique with the world. But His back, midsection, and glutes have been a weak point for him in the past, so if he can really dial in this year, he has a real fighting chance of winning.

Of course, he will be up against guys like Roelly Winklaar (The favorite to win) William Bonac (2018 Arnold Classic champion) and Brandon Curry who brought his best physique so far to the Olympia in 2018.

Bonac was phenomenal in 2018 and will almost certainly place in the top two with Roelly Winklaar, and Curry is definitely placing in the top four. Which means it’s going to be a battle between McMillan and Curry.

If he can nail his conditioning… 3rd place is not out of the question. However, Brandon Curry is looking pretty awesome right now, so McMillan may have to settle for 4th place if we see a similar version of him from last year.

But at 5 weeks out, Cedric McMillan can make vast improvements so we can’t fully make a guarantee about his potential placing as of currently. He can make it happen if he shows up in better shape and conditioning than he did in 2017 but it’s a tough task seeing the fierce and elite competitors he’ll be facing.

Bodybuilder Cedric McMillan Shows Off Physique Ahead of 2022 Arnold Classic

Inspired by Arnold Schwarzenegger's body of work, Cedric McMillan has established himself as a dedicated bodybuilder committed to success. Looking...

Cedric Mcmillan Opens Up About His Near Death Experience, Reveals Effect of Covid-19 on His Heart

We all are familiar with the more public aspects of an athlete’s life like competition, success, and fame. What we...

Fans were ecstatic at the prospect of seeing Cedric McMillan back on stage, competing at the 2021 Arnold Classic. Unfortunately...