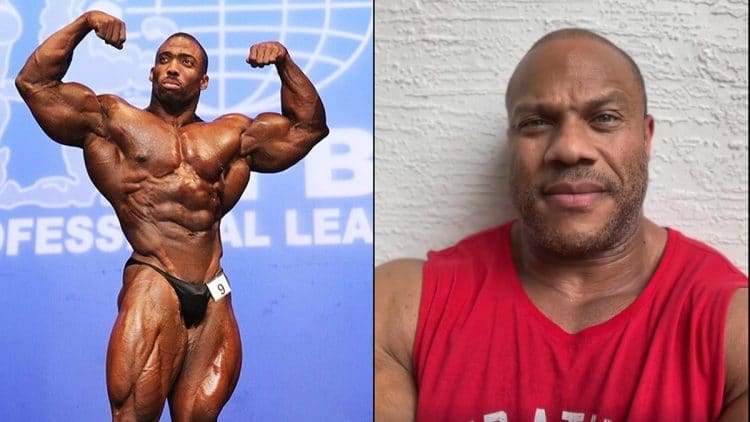 Following the tragic death of Cedric McMillan, the bodybuilding community has been mourning the sudden loss. In a recent Instagram post, Phil Heath shared an emotional tribute honoring McMillan who passed away on Tuesday.

The story is developing but as of this writing, it is suspected that Cedric died of a heart attack. The decorated IFBB Pro had been postponing his return to the sport after a series of health and personal problems impacted his career.

After sustaining a broken collarbone and hand in 2020, Cedric was unable to compete at Mr. Olympia that year. Cedric withdrew from the 2021 Mr. Olympia for similar reasons as well.  In 2021, Cedric contracted COVID-19 and suffered heart problems and had a near-death experience. The heart issues resulted in Cedric being unable to compete at the Legion Sports Fest Pro and the 2021 Arnold Classic.

Fans were excited as Cedric was on the verge of returning to competition. However, stomach issues and chronic hiccups forced him to withdraw from the 2022 Arnold Classic. Given that Cedric and Phil Heath shared the stage during their respective careers, it was emotional to see the seven-time Mr. Olympia paying his respects to the late McMillan.

Phil Heath Honors Cedric McMillan: “I Want To Celebrate Him”

In a recent post to his Instagram page, Phil Heath honors McMillan and explains why the loss has been so tough to deal with.

“I’m still in shock over the passing of Cedric McMillan yesterday. My heart definitely hurts, but I find it important that I celebrate him for the awesome Man he was to me and others.

Meeting Ced back in the day was so cool because I found it so great to see a physique which I felt was worthy of amassing many top championships.

Traveling around the world was always special as Ced would typically be the one who would have no qualms at cracking jokes, making us all lighten up a bit. Seeing him compete and share also the stage together was cool no doubt, but I will remember his positive energy, no matter what adversity he was dealing with.

Ced, my heart aches but I know that God makes no mistakes and although I am upset that you’re not with us, I know you’ve imprinted some positive WITHIN US!!!!

Thank you for your friendship and of course bodybuilding brotherhood.

My condolences out to your family and friends. May we joke, lift and laugh again someday.”

Heath opens the video distraught, reminiscing about a time in which Cedric was on stage at the NPC Nationals.

” So I wanted to come on here and share some thoughts about my brother from another Cedric McMillan. Just found out yesterday, some terrible news that he passed. I can’t. I can’t. It’s very hard to accept to say the least. I want to come on here to celebrate him. You know, questions of why, how, doesn’t really matter. What matters is that, no matter what pain he was going through, he should not of had that any longer. I want to celebrate him because he’s a man who I remember watching at the NPC Nationals. I remember seeing him pose and I was like ‘this guy is going to smoke the whole show’, and countless other IFBB Pros felt the same. It was just him. I don’t remember anyone else in that contest.” Phil Heath shared.

Phil fondly looks back on Cedric’s competitive spirit and underlines how difficult it’s been to come to terms with the sudden loss.

“I remember knowing that I would be seeing him on a competitive stage really soon. I remember him getting with Team Muscle Tech. He came to the Arnold Classic with Jay and myself one year. It was all about being up there with us. I remember having to remind him, I was like ‘bro, take it from me. You got some dues to be paid’ and he didn’t like that so much but he understood what I meant because of what I went through, just climbing up the ranks. He just had a very strong competitive spirit. I really embraced that. Heath said. As you guys know I’m a very competitive man myself. That’s why losing him has been so tough.” 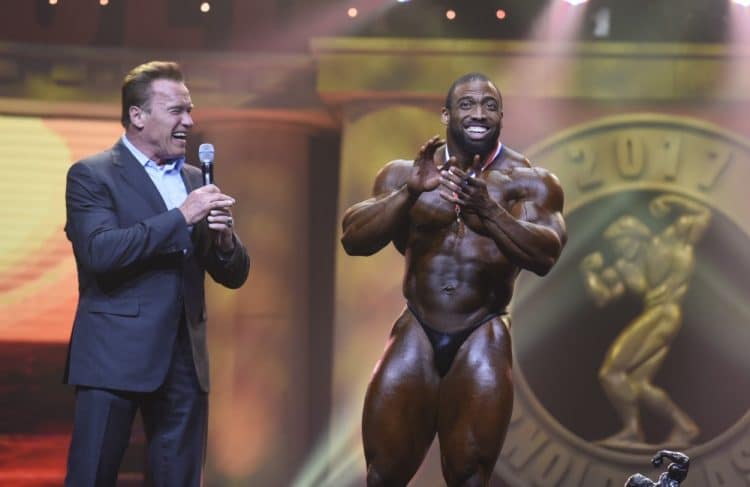 After winning the 2017 Arnold Classic title, Cedric gave a victory speech with Arnold Schwarzenegger that will be remembered for years to come.

“This was a man who was in a role of leadership for our United States Army. Encouraging men and women who defend our freedom to do just that. He was a very hard worker. He went against a tremendous amount of adversity but one of the biggest things I can say about Cedric, is that he did it his way. People would say he needs to be more conditioned, or needs to be this. Phil stated. He’s like ‘man I’m doing what I like, what I feel is real bodybuilding to me. That takes a lot of guts because we are all trying to challenge ourselves to become that vision that judges will appreciate and reward.

He was very much rewarded for his efforts. Winning various contests, including the Arnold Schwarzenegger Classic. People like Schwarzenegger, I mean, I didn’t even win that show in Columbus and him being able to get the respect amongst us all, but especially people like Lee Haney, Arnold, countless times. Anyone that’s a fan of Cedric knows that Arnold loved him. I just want to offer my most sincere condolences to his family. I know you guys are going through it.”

During the emotional video, Phil Heath remembers a time where Cedric would send him DM jokes while they were backstage at Olympia getting ready to perform.

“The bodybuilding community definitely lost someone special. Cedric was a prankster man. This is a guy that would send me DM jokes and stuff and share videos and whatnot backstage at the freakin Olympia. You know I’m going to miss being on tour with him. I’m going to miss seeing those late night gym sessions in different parts of the world.” Phil said.

Phil will always treasure McMillan’s competitive spirit. As Heath continues to mourn, he sends his most heart-felt condolences out to Cedric’s friends and family.

“I’m going to miss that laugh. I’m going to miss…his essence. His competitive spirit. I know he was dealing with a lot of pain and I just pray that his family, his friends, the fans, continue to mourn but to celebrate for the man he really is and that is a champion. That is, a person who loved everybody and he wanted to share his quote on quote gift with the world. We lost a really good one. We lost a lot but I know in my faith, that the lord has someone very, very strong up there. So, rest in power my friend. See you on the other side.” Phil concluded.

RELATED: Bodybuilding Community Reacts To The Passing of Cedric McMillan

Fitness Volt wish the friends and family of Cedric McMillan our deepest condolences.