Roelly will be competing against his younger brother in Australia. 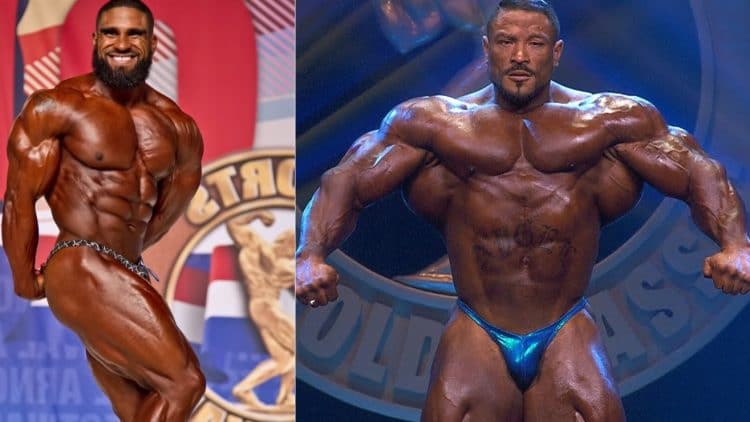 So to make things much more interesting, Roelly Winklaar’s brother will be joining the big boys in the open class at the Arnold Classic Australia competition. Quincy Winklaar, who is Roelly Winklaar’s younger brother generally competes in the 212 division but now he’s moving on up.

Now, Roelly Winklaar won the Arnold Australia last year and is looking to defend his title after a disappointing Arnold Classic USA showing but if his conditioning is off, he’ll likely blow this contest as well. However, Roelly has the ability to make necessary changes and take the title for the second time.

His brother Quincy has a great physique like his big brother but he’s a little small to really compete with the super heavyweights in open bodybuilding. Now, even though Quincy will likely not place in the top 6, he still has a few years to get bigger and improve to his big brother’s level (Quincy is 36 years old and Roelly is 41  years old).

But recently he took some time off and maybe he has put on some serious size but since he was a 212 competitor, it would take a while for him to develop mature muscle mass at and still be competitive at the highest level.

Either way, it will be exciting to watch two brothers competing in a big competition such as the Arnold Classic Australia. Hopefully, Roelly Winklaar comes back looking impressive enough to repeat his title reign.

Also, the current Arnold Classic USA champion Brandon Curry will most likely not be competing in the AC Australia this year to spend more time with his family before his trip back to Kuwait for training. If Curry was competing, we could argue that he’d be a big threat for the title seeing as he looked amazing this year.

But it’s likely we could see Roelly Winklaar, William Bonac and Luke Sandoe finishing in the top three.

4 Reasons Why You Should Be Doing Glute Ham Raises

For the past few months, bodybuilding fans have wondered about Roelly Winklaar's retirement status after noticeably downsizing. Recently, Winklaar underwent...

Dutch bodybuilding veteran Roelly Winklaar was a proven force during the height of his IFBB career. Similarly to 7x Mr....