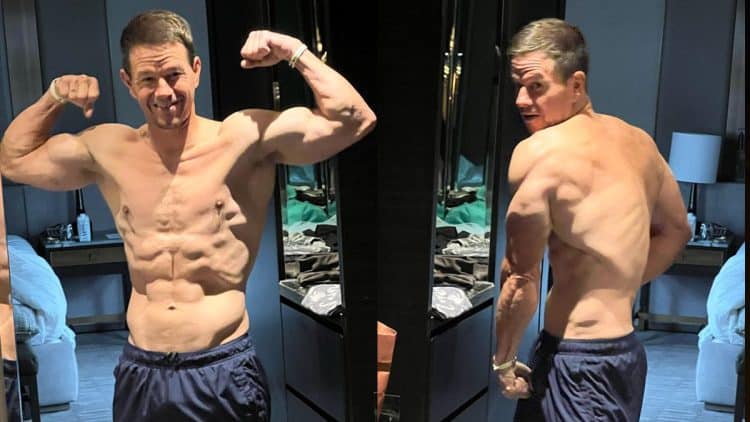 Hollywood superstar Mark Wahlberg is renowned for sporting one of the best physiques in the entertainment industry. In a recent Instagram post, Wahlberg showed off his shredded and lean physique at the age of 51.

Wahlberg gained recognition for his impressive physique through his partnership with the brand Calvin Klein in 1992. His modeling work for the fashion company elevated him into stardom overnight, making him a fitness icon among actors. Being a man of many talents, Wahlberg is a true entertainer that has experience in music, television, and feature films.

Mark is known for his dedication to fitness and has maintained his muscular build for over three decades. He likes to wake up early to pray and get his first workout in before sunrise. Wahlberg packed on the pounds for his starring role in the movie Pain & Gain alongside the ultra-popular Dwayne ‘The Rock’ Johnson, one of the most followed men on social media with over 335 million Instagram followers.

Wahlberg has shown no signs of slowing down. He regularly shares workout tips with his fans and gives insight into the life of an A-list actor. Mark had shared a leg day workout in June, showing off his insane quads. He wore blood flow restriction (BFR) straps at the top of his hamstrings to emphasize blood flow restriction tactics to boost lower body gains.

In a recent post made on Instagram, “Marky Mark” shared his physique, showing off his shredded back and defined abs.

Wahlberg can be seen flexing in the first snap to highlight the detail of his muscles. He also turns to the side to showcase his chiseled back and aesthetic frame. The 51-year-old still sports a six-pack that would make the younger lifters at the gym jealous.

Mark Wahlberg also turned heads after recently performing two workouts in one day. He showed off his jacked biceps while doing bicep curls in a warmup before the proper workout, which he completed at F45, a fitness franchise that he bought shares in.