Mark Wahlberg Talks Challenging 11,000 Calorie Diet “It Was Not Fun”

Actor Mark Wahlberg discussed the challenges of having to gain a ton of weight fast for his latest film Father Stu. 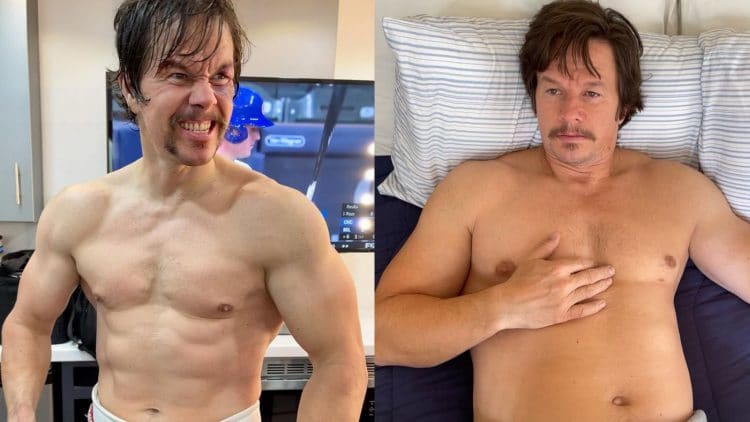 Talks Mark Wahlberg and fit are two words that have always been associated. But this changed for his most recent and upcoming film Stu, a true story about a boxer-turned-priest. The A-list actor had to eat an insane amount of food to gain twenty pounds in less than a month.

The Hollywood star was on The Tonight Show (via video conferencing) with Jimmy Fallon recently where he talked about the process for his role and another one of his upcoming films Joe Bell.

To play his role in Father Stu, he had to eat 7,000 calories a day for two weeks and then 11,000 calories for another two weeks which would have anyone dreading having to eat another meal.

“Unfortunately, I had to consume, for two weeks, 7,000 calories, and then for another two weeks, 11,000 calories,” the star shared. “And it was fun for about an hour. It’s such a hard, physical thing to do.

Losing weight, you just kind of tough it out—you just don’t eat, and exercise. And this, even when you’re full, I would wake up after a meal and have another meal. I was eating every three hours. It was not fun.”

Wahlberg explained that he’d wake up, eat a meal and then have another meal and he’d have to eat every three hours.

But turning 50 recently, it’s not as easy to put the body through those changes, especially in such a short time period.

Fallon asked him if it’s harder at age 50 to gain and lose weight.

“Yeah absolutely”. “You know once the metabolism starts to slow down it gets really difficult.”

Read: A Complete Guide to Understanding Thermic Foods: Eat to Rev Up Your Metabolism!

Wahlberg said he’s been trying to get the movie made for six years and he only had thirty days to shoot it. Not to mention, he put a lot of his own money into the movie which gave him a sense of urgency to get it done.

He also shared a three-week before and after post to his Instagram back in early May and the transformation will be evident when the film releases.

Mark Wahlberg is most likely very relieved to not have to scarf down 11,000 calories a day anymore but hopefully, it was worth the pain and discomfort.

There’s not been a release date for Father Stu but Joe Bell is set to hit theatres on July 23, 2021.