Singerman, founder of the successful supplement giant RedCon1, has been released from prison after serving a fraction of his sentence. 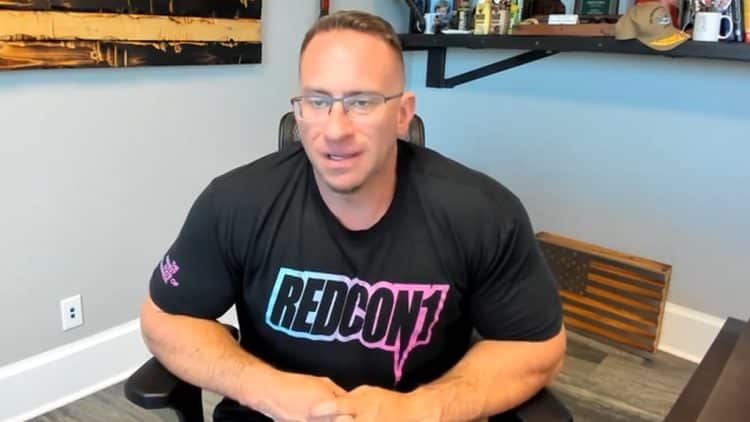 According to the Federal Bureau of Prisons, RedCon1 founder Aaron Singerman has been released from prison following 11 months served as part of a 5-year sentence. His release stemmed from pleading guilty to mislabeling nutritional supplements under the company Blackstone Labs LLC. The co-founder of the company, TJ Braun, also pleaded guilty.

As part of the plea agreement, Singerman was ordered to forfeit the proceeds of his crimes, which totaled $2.9 million. In addition to the hefty fine, the judge ordered that he serve 56 months behind bars. At the time of his sentencing, the U.S. Justice Dept. released a statement regarding Singerman’s supplement case.

“According to court documents, Aaron Singerman, 41, of Delray Beach, Florida, founded and operated Blackstone Labs LLC, a Boca Raton-based sports and dietary supplements retailer. Singerman is the former CEO of Blackstone. U.S. District Court Judge William P. Dimitrouleas of the Southern District of Florida sentenced Singerman to 54 months in prison and ordered him to forfeit $2.9 million.”

During the Jan. 2022 trial, Singerman and co-founder of Blackstone Labs LLC TJ Braun plead guilty for conspiring to sell illegal anabolic steroids and other unlawful substances marketed as dietary supplements. After the Singerman trial, Guy Cisternino took over as the acting president of the supplement brand.

Months ago, it was revealed that Singerman’s sentence was changed from 56 months to 36 months. A federal magistrate reduced the sentence back in February after the lengthy trial.

The Federal Bureau of Prisons shows that Aaron Singerman was released on December 1, 2022. During his prison stint, Aaron connected with bodybuilding fans online. He described his experiences in prison as ‘pretty terrible,’ but went into the institution with the goal to come out as a better person. At the time, he mentioned that it was ‘likely’ that he would serve less time than what was initially thought.

He was optimistic in June about his situation despite the troubling circumstances.

“I feel very fortunate for the life I have, and all I have waiting for me when I get out. I’m currently in Pensacola at a prison camp, but it took MONTHS to get here, and they were pretty terrible. For 28 days I was in an 8’x10′ for 23 hours out of the day,” Aaron Singerman shared.

While Singerman has publicly stated he wishes he could go back in time and correct his mistakes, he believes effective leadership starts with taking accountability.

As a Florida native, Aaron Singerman owns a house in the West Delray Beach community of Seven Bridges, where he’s likely to return. Should he make an announcement or provide further details regarding his release from prison, Fitness Volt will keep you updated on this developing story.