Marcello De Angelis, popularly known as Horse M.D. has been hospitalized ahead of next week's Expo Supershow in Rio de Janeiro, Brazil. 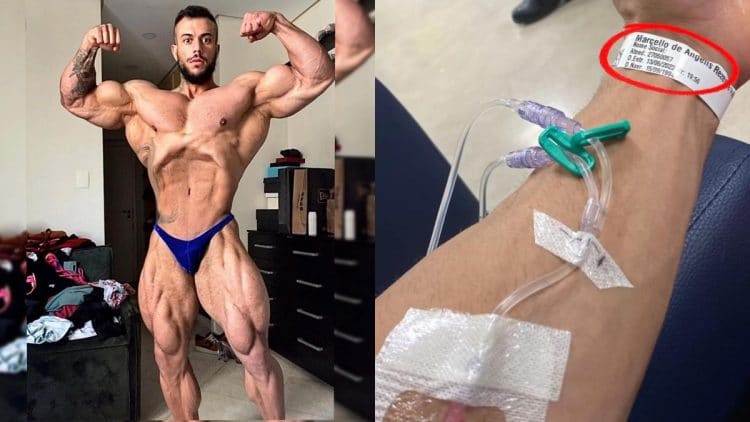 A rising talent of Brazil’s bodybuilding scene, Classic Physique standout Marcello De Angelis has reportedly been hospitalized after a virus left him incapacitated. In a recent social media post made on Wednesday, De Angelis revealed that he contracted a virus last week and has lost over 9 kilograms (19.8 pounds) due to severe dehydration.

Fans were counting down the days until they could see De Angelis finally grace some of the sport’s most prestigious stages. Last year, De Angelis competed at the 2021 Expo SuperShow in Men’s Open, an event that saw him dominate en route to earning his Pro card. Following the victory, he left the bodybuilding community in a state of shock over his sharp conditioning and tight waist. However, one of the biggest takeaways from the Brazilian star last year was his ability to hit vacuum poses on stage with relative ease.

Expected to compete at a Pro show imminently, De Angelis is one of many athletes hoping to earn their qualification to compete at 2022 Mr. Olympia later this year. De Angelis isn’t qualified to compete at the event, which takes place from Dec. 16th to Dec. 18th. Considering he’s lost a lot of weight, it’s not clear as of this writing, if De Angelis will do a bodybuilding show anytime soon.

Marcello De Angelis Issues Statement Regarding Hospitalization: “Everything Will Be as God Wants It to Be”

According to De Angelis, he is taking a Saline drip to aid him from dehydration. He has already lost over 9 kilograms (19.8 pounds) and intends to inform his fanbase as soon as his health is back in good standing.

“EVERYTHING WILL BE AS GOD WANTS IT TO BE. I’M GOING TO REST AND TAKE SALINE UNTIL THE DEHYDRATION STOPS. WHEN I’M OKAY, I’LL POST IT HERE. THANKS FOR EVERYONE’S CONCERN.” Marcello De Angelis wrote. [translated]

Should Marcello De Angelis recover in time, he has a chance to compete and make his Classic Physique debut at the 2022 Expo Supershow, the same annual event that saw him earn his Pro card in Men’s Open bodybuilding last year. In addition, the 2022 Musclecontest Brazil Pro is rapidly approaching, and many fans were excited to see how De Angelis would fare in his first year as a Pro taking on other big names in the division.

Despite earning his Pro card in the Men’s Open category, it appears De Angelis has the physical attributes and tools necessary to contend with Classic Physique competitors. He has garnered a lot of hype since last year, but unfortunately, will have to wait before resuming his bodybuilding career.

Once De Angelis can regain the muscle mass lost from being sick, he will no doubt be a huge threat on any Classic Physique bodybuilding stage. After losing nearly 20-pounds from an illness, De Angelis will continue his Saline drip treatment while healing at the hospital.