Aaron Singerman to forfeit a sum of 2.9 million dollars as a part of plea agreement 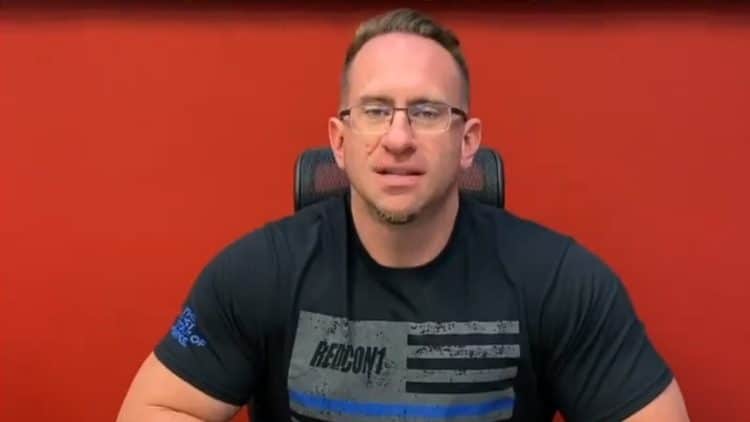 Redcon1 founder Aaron Singerman has been sentenced to 4.5 years in a federal jail in the Blackstone Labs case. Back in November 2021, supplement company Blackstone Labs LLC along with its co-founders Aaron Singerman and PJ Braun pleaded guilty to conspiring to sell illegal anabolic steroids and other unlawful substances marketed as dietary supplements. Braun and Singerman had entered plea agreements with the prosecutors to plead guilty to federal charges.

However, the Court postponed the Blackstone Labs case hearing to February 17th and PJ Braun still awaits his hearing. As a part of the plea agreement, Aaron Singerman agreed to forfeit the proceeds of his crime, a sum of 2.9 million dollars before the sentencing.

In their official statement about Aaron Singerman’s sentencing, the U.S. Department of Justice stated:

“According to court documents, Aaron Singerman, 41, of Delray Beach, Florida, founded and operated Blackstone Labs LLC, a Boca Raton-based sports and dietary supplements retailer. Singerman is the former CEO of Blackstone. U.S. District Court Judge William P. Dimitrouleas of the Southern District of Florida sentenced Singerman to 54 months in prison and ordered him to forfeit $2.9 million.”

A few weeks before the sentencing, Aaron Singerman shared his thoughts on the entire situation in what he claimed to be his last social media post for a while. In the video, Singerman admitted to his wrongdoings and also stated that he wished to go back in time and correct his mistake. Courtesy of Aaron Singerman’s Instagram account, you can watch the full video message here:

As he waited for the sentencing, Aaron Singerman got himself into legal trouble for two instances of DUI. Back in November, within two weeks of pleading guilty, Police arrested Aaron Singerman for allegedly boating under influence. The arrest resulted in the cancellation of his driving license. Compliance with that, new restrictions on his Florida driving privileges were added to his bond conditions.

A few weeks ago, Court ordered Aaron Singerman to appear for allegedly crashing his car while being under the influence of sleeping medication. In their letter, the prosecutors appealed to the court to revoke Singerman’s bond conditions. They also raised concerns over Singerman’s behavior and speculated that Singerman might have a substance abuse problem. The prosecutors appealed to the court to hold him in custody until his hearing on January 27, 2022.

Before starting RedCon1, Aaron Singerman served as the CEO of another supplement company Blackstone Labs LLC until May 2016. After that, co-founder PJ Braun took over the charge as the CEO and served until 2018. However, Singerman continued to receive income as the co-owner during Braun’s tenure.

Based on the affidavit from a special agent for FDA’s office, the authorities secured a warrant and searched the premises of Blackstone Labs LLC and Ventech Labs (Blackstone Labs’ contract manufacturing partner). Based on the findings of this search operation, the U.S. Department of Justice filed a 14-count grand jury indictment against Aaron Singerman, PJ Braun, Blackstone Labs LLC, and others for selling illegal substances.

Aaron Singerman, REDCON1's former CEO, broke his silence to the public as he shared an account of his transition from...