Egyptian Preacher Abdullah Rushdy has spoken out against bodybuilding, saying that it goes against Islamic religion, amidst Big Ramy defending his Olympia title 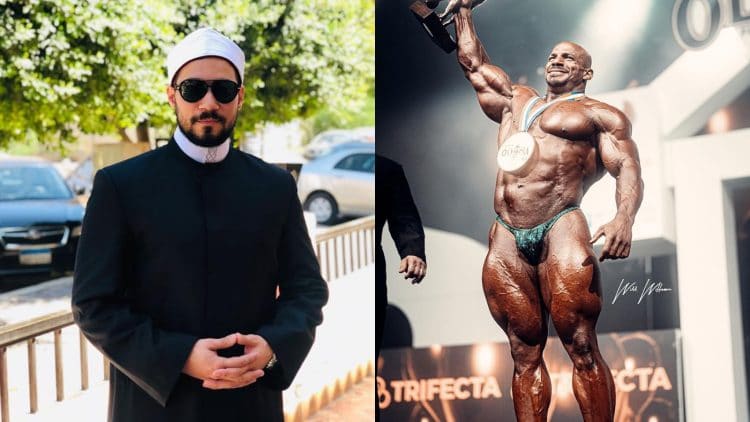 While there is no doubt that Big Ramy is a big star in Egypt for his bodybuilding ways, this does not sit well with some people. Recently a cleric by the name of Abdullah Rushdy spoke out, issuing a fatwa against the sport of bodybuilding.

A fatwa is a ruling made by Islamic legal scholars, which interpret rules that would go against Islam. While this is not something that is considered legally binding, it can oftentimes be a big deal when someone in the position that Abdullah Rushdy finds himself in, sets one out.

In this case, his fatwa is concerning the sport of bodybuilding, ruling that it goes against the rules of the Sharia. He explained on Twitter that bodybuilders like Ramy show sensitive parts of their bodies, known as Awrah, which is interpreted as anything between the naval and knees for men, so bodybuilding should not be practiced by Islamic personnel.

“Men are prohibited from participating in bodybuilding championships and showing intimate parts, which should be covered according to the Sharia,” Rushdy wrote.

This ruling comes just a few short weeks after Big Ramy was able to defend his Olympia title, winning his second Sandow earlier this month. While the Egyptian star was certainly given a hero’s welcome, it appears that this does not apply to everyone in his home country.

Abdullah Rushdy followed up his tweet with a post to his Facebook, where he explained in more detail why he feels like bodybuilding goes against their religion. He went as far as to explain that men should not do anything that exposes their aforementioned sensitive areas, and women should do nothing that shows anything other than the hands and face.

“I am not saying no to sports, but the rules of the Sharia ought to be respected when doing so… Awrah for men includes the body parts between their navel and knees, and it’s the entire body for women, except for their face and hands,” Rushdy said.

“I advise young men not to practice bodybuilding because of this and women should not participate in any competition that requires them to show parts of their bodies.”

That being said, there are a lot of other people who do not agree with Abdullah Rushdy. In fact, this is not the only time that he has said some things that other Egyptians have found to be outrageous, most notoriously pinning sexual assaults on the clothing that women wear.

“Rushdy is so narrow-minded that he chose to speak about awrah and ignored the fact that [Big Ramy] won a world championship, as well as he left out the importance of sports and a healthy body,” Egyptian writer Bahey Eldin Morsi told Al-Monitor.

“The Egyptian people were so happy for Big Ramy for winning Mr. Olympia 2021; his achievement has brought them pride.”

It is good to see that despite the pushback from some like Rushdy, there is still a considerable amount of support for Big Ramy. Of course, that is not surprising when you look at his social media and see the warm welcome he got from fans after arriving back in the country.