VIDEO: Ahmad Ashkanani Jacked And Ready 4 Weeks Out From 2019 Olympia! 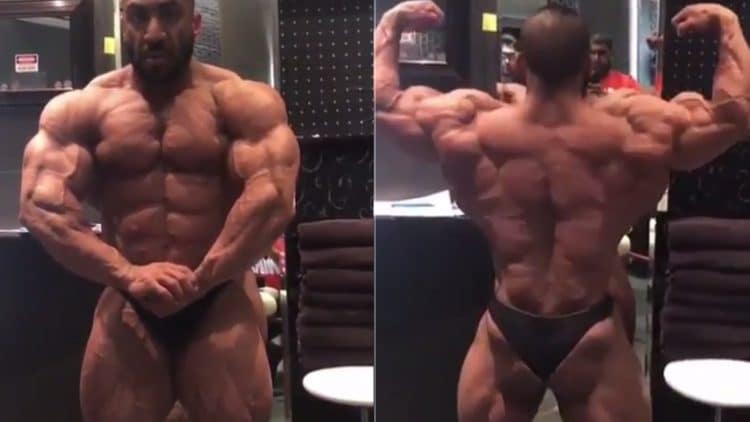 With all the craziness surrounding the upcoming 2019 Mr. Olympia competition, it is easy to forget that a new 212 champion would be being crowned this year. One person who did not forget is Ahmad Ashkanani.

The 2019 season will see a new Mr. Olympia champion crowned, as last year’s champ, Shawn Rhoden, is ineligible to compete. However, that is not the only division that will see a new king. Long-time 212 Olympia reigning champion Flex Lewis decided that last year would be his final time competing in this division. Lewis mentioned the weight as part of the reason why stating that it is tough for him to maintain that size.

This leaves the door wide open for all the other athletes who had been trying for seven years to earn that spot. One such athlete is Ahmad Ashkanani. Ashkanani, who competes out of Kuwait, has been near the top of the 212 rankings since turning pro in 2016. While his efforts last year only earned him fourth place, the other two years he attended the Olympia saw him walk away in second.

So headed into this year’s Olympia, Ashkanani is incredibly motivated. He sees the opportunity to step up, and win over the division, so he is trying to take it. Additionally, he looked stunning at the New York Pro, earning first place earlier this year. So four weeks out from the competition, Ashkanani is training hard.

This hard work is made clear, in a recent Instagram post. Here, you can see Ashkanani posing, and he is looking beastly.

His back is huge, and it is very obvious how hard he has been working, in the lead up to this event. Clearly, he knows how big of an opportunity he has. Therefore, Ahmad does not want to waste the chance.

Although things may not be over for Flex Lewis, it is exciting to see that a new challenger will be victorious this year. Time will tell whether or not that athlete will be Ahmad Ashkanani.