Life and accomplishments of Chrysti Ane 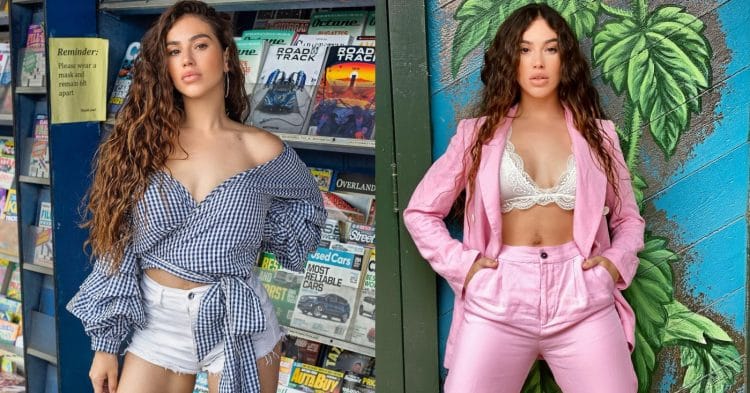 Chrysti Ane Lopes was born in Brazil but arrived in America with a dream to make a difference in her life. Today, she is a beautiful actress, fitness model, coach, and mom of two with an inspiring figure.

Chrystiane Lopes comes from Rio de Janeiro, Brazil where she was born and raised. When she was just six years old, her parents moved to America to find a better life. They found home in Redondo Beach, California, where Chrystiane Lopes began her dream of acting. In high school, she attended Redondo Union High School, after which she moved to Los Angeles to take acting classes at Aaron Speiser Acting Studio.

While in L.A., Chrystiane Lopes kept her full name but adopted the stage name Chrysti Ane. By the age of 23, she was appearing on both television and the big screen. Her most notable acting credits include Nickelodeon’s Power Rangers and A Housekeeper’s Revenge.

As Chrysti Ane’s acting career grew, she found enough notoriety to be able to take her work more public. She specifically wanted to work more as a fitness model and online coach. Now, at the age of 27, she is a married mom of two and teaches women how to look fabulous. Inspiring women is something she enjoys doing, and she will celebrate her supporters any time to let them know how special she thinks they are.

On International Women’s Day she sent a special message on Instagram to “all the warrior ladies out there.”

“Happy international WOMENS DAY to all the warrior ladies out there. We are light, we are strength, we are perseverance, we create and give life. WE ARE DIVINE 🤍 sending so much love to the women out there who are handling life like the bosses we are. It isn’t easy to be a woman, yet we do it with grace and in heels.”

Chrysti Ane does not have an extensive filmography, but she was cast in a few projects. In 2013, she appeared in Malhacao Casa Cheia as Meg in Season 21. Then in 2016, she played Kayla in A Housekeeper’s Revenge, a TV movie. In 2017 and 2018, she was Sarah Thompson the Ninja Steel Pink Ranger for the Power Rangers Ninja Steel, her first major role.

One look at Chrysti Ane’s physique and you know she is not slacking in the fitness department at all. She takes this very seriously. After having two children, she has shown her Instagram supporters she has a high level of commitment to her fitness work. She’s not just committed to fitness and training, she loves it.

Her second child was born in January 2021. Within minutes it seemed her physique was back to its best shape. She posted on Instagram, “It’s been heavenly getting back to training.”

Some reports indicate that Chrysti Ane did not like to use scales to measure her fitness success before she had children.  She does now though, as she is working on showing her supporters that you can bounce back after two babies.  Chrysti Ane mixes a variety of methodologies into her training program and loves boxing. In one Instagram post, she says,

“Kickin’ it! My very own bob to beat up. I’ve partnered up with Century Kickboxing and couldn’t be happier!!”

One look at Chrysti Ane’s Instagram reveals a woman that loves every kind of fitness. She once focused on the standard levels of weight-lifting that most people start out with, and that included squats, deadlifts, and the bench press. This is when Chrysti Ane began developing her love for honing her physique.

With training, Chrysti Ane began to learn new moves and performances. She advanced her strength workouts to include hip thrusts, dragon flags, the reverse crunch, and pistol squats. She continues this even today. When talking to her Instagram supporters, Chrysti Ane lets them know what her technique is, or how she accomplishes certain goals. On Instagram, she is proud to show the results “two kids later” and says the “Waist: Peach” ratio is what I’m focusing on now.”

In her posts, Chrysti Ane will also say how much she is loving what she does. It’s inspiring how she does it. In another story after she had her second child, she said,

“Loving my mom of 2 bod!! I’ve been a lot more forgiving with myself this time around and it’s making my journey much more fun. What is something you wish to do differently (mentally) when trying to refine your body? What’s stopping you? What’s the first step to achieving that mental block?”

Chrysti Ane tells her supporters how to eat healthy as well. Her Instagram is scattered with a lot of healthy eating choices. She wants their responses as well. In a breakfast post Chrysti Ane asks, “For those of you who work out in the morning – do you eat breakfast before or after lifting?”

Related: How Long Should You Wait to Workout After Eating?

Chrysti Ane takes a simplistic approach to food and eating, and it shows. When she wants to lose some fat, she will cut her calories until her desired weight loss has occurred. She will go below maintenance level when counting calories until the numbers go her way. To lose weight, Chrysti Ane will eat:

She will also take in some sweets when she can though, and said once, “It’s Friday Friday, gotta get down Friday. Down to the kitchen to get some chocolate and back to bed.”

Chrysti Ane also has partnered with some companies to promote healthy eating choices. But, she says, she doesn’t, “partner with brands that I don’t believe in or haven’t tried personally.” She also takes apple cider vinegar and talks about the benefits.

Those can include apple cider serving as an antioxidant and prebiotic that’s rich in Vitamins B9 and B12, and that it is good for weight management as it helps to reduce appetite. Chrysti Ane will take one shot of that as often as she can to reap those benefits. She does “crave sweets” on occasion though.

Chrysti Ane’s personal life comes off as magical. She is married to actor Ryan Guzman from 9-1-1 and has two children with him. Their first, Mateo, was born on January 24, 2019. Their second child was a girl, Genevieve Valentina, who was born in January 2021.

Not long after their second child was born, Chrysti Ane posted about some weight loss goals, “Another gym pic. Weighed in at 113 this AM. Goal is 107! Ask me any postpartum/fitness questions I’ll answer later!”

At the time of press, Chrysti Ane is still focusing on being a wife and mom of two very small children. It’s clear this dream of hers is looking well on her.

Chrysti Ane’s life is one that breathes passion. Her love of helping others while putting her best face forward as a mom of two is palpable. We will keep you posted on what is next for Chrysti Ane.