Jacked is looking “flatter than pancake” ahead of his pro debut 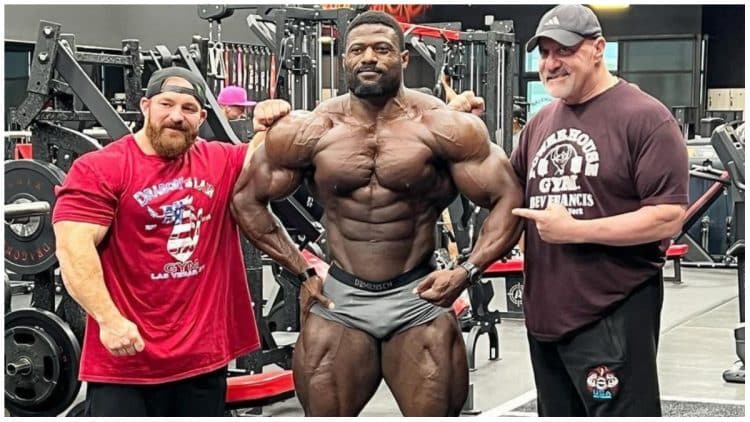 Andrew Jacked is set to make his highly-awaited debut in Men’s Open at the 2022 Texas Pro. One of the sport’s most exciting prospects recently shared a physique update in which he looks absolutely shredded ahead of the show.

Jacked already developed a reputation as a serious contender after being victorious in his amateur debut at the EBBF Ajman Bodybuilding and Physique Competition in April 2021. He boasted a great physique with a slim waist and tons of muscle mass. He won another Elite Pro League event before taking a few months off to build his physique. With more than 380 thousand followers on Instagram, the bodybuilder patiently waited for several years before earning his IFBB Pro card in Ohio in March earlier this year.

Although technically still a rookie, Jacked caught the attention of fans for his incredible build and conditioning that made him stand out from the rest of his counterparts. He was able to generate a lot of buzz around his arrival on the big stage and even before that with his presence online.

Featured in a recent Instagram post, Jacked looks diced to the bone ahead of his debut at the 2022 Texas Pro.

“Flatter than Pancake 🥞 😎
Awesome blessing and pleasure to have an encounter with the Big Steve @bevsgym , thanks to @flex_lewis and @milossarcev for the introduction 🙏🏾.

He was posing with the legendary 212 Olympia champion Flex Lewis at The Dragon’s Lair in Las Vegas in the latest physique update post.

It’s evident that he’s refined his physique more for the first professional competition of his career. He will certainly pose a real threat with his naturally great symmetry on top of a small waist.

Andrew has been putting in the work alongside acclaimed bodybuilders, such as Flex Wheeler and George Farah in the build-up to the contest. His work with Wheeler reaped beneficial results for him as he went on to win the overall 2022 Arnold Classic Amateur title in March.

With just two weeks out from the show, Jacked will be looking to polish the final touches for the competition which will be hosted from Aug. 12-13.

The Men’s Open competitor recently shared a high-volume chest and triceps workout in preparation for his first pro show. He shared seven of his favorite exercises that he utilizes for a higher rep range of over 15 for each set. Jacked also detailed his plans for the rest of the year expressing his ambition to compete at the stacked Arnold Sports UK show, but only after the Texas Pro in a couple of weeks.