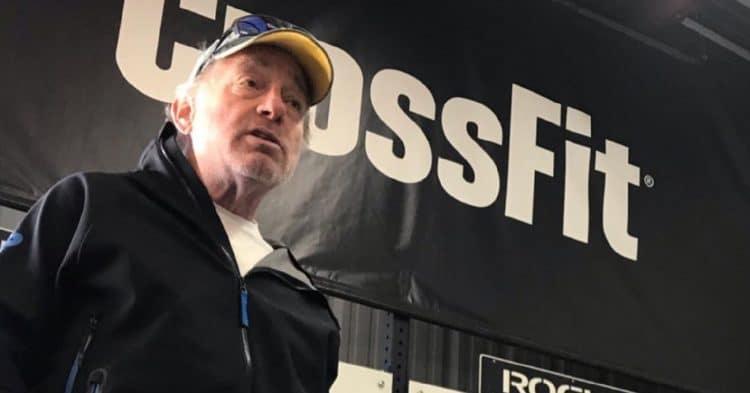 It may be true that Greg Glassman no longer stands as CrossFit CEO, and will soon no longer be the owner. However that has not stopped a bevy of details from emerging even still, painting such a negative picture of the 63-year old.

The sports world was up in arms, following some tasteless comments, regarding racial tensions in the United States. This only amplified when it was revealed that he was also involved in some pretty rampant sexual harassment with employees and athletes. As a result, the brand was hit was some serious blowback, with athletes boycotting, as well as affilates and sponsors distancing themselves from the organization.

Since this situation, Greg Glassman has stepped down as CEO, with Eric Roza set to take his place as CEO and Owner. However that has done nothing to stop what is already in motion, as more and more people have begun to speak out against him. Most recently, a 50-minute phone call was obtained by Business Insider, that seems to show an even uglier side to Greg.

In the audio, a man and woman can be heard speaking to one another. The woman has come forward and identified herself as former CrossFit employee Lisa Lugo, who apparently had a relationship with Glassman for many years. As for the male in the clip, he was identified by multiple sources as being Greg, although it should be noted that he has denied making the comments heard in the clip.

This leaked audio is apparently from an argument held in a hotel room in 2011, between the man thought to be Glassman, and Lugo, after she discovered that he was having an affair with another female. The man can be heard threatening her. In addition to that, he admits to having broken a lamp that was on the wall in the hotel room.

“You told me you’re tired of my lies,” the man said. “It’s enough for me to slit your f—ing throat, is the truth.”

From there things only get worse, as Greg Glassman allegedly tells Lugo that she is an “evil whore” alongside some other insults. Moreover he reportedly accused her of “betraying him endlessly” with two men and “that other n—-r.” Eventually he would be heard offering to sleep somewhere else for the night, which was an offer that Lugo reciprocated, offering to sleep downstairs. In response, he eerily warns her to be careful.

“Careful what you do right now. It could just go horrible. I f—ing need you and I get nothing. I have nothing.”

Obviously, if this truly was Greg Glassman, this is beyond troubling. It should be noted that, along with denying saying what was heard in the audio, Greg also said that the two did not share a room at this event in 2011. Moreover a representative from CrossFit declined to comment on the situation.