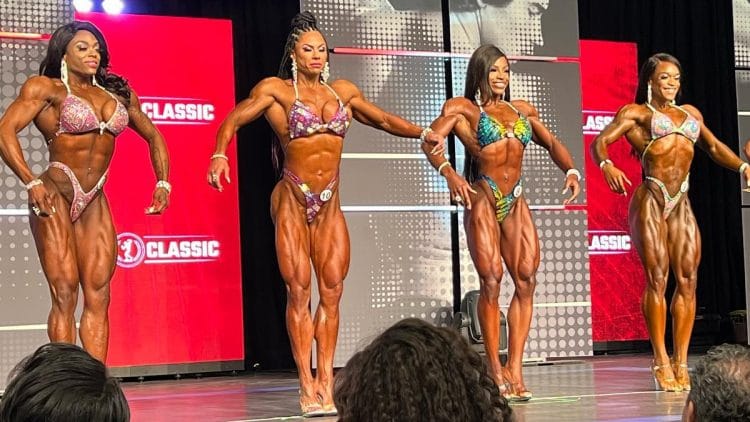 The Figure International division will kick off at the 2022 Arnold Classic with two past champions looking to reclaim gold. A total of ten competitors will compete for a chance to take home a title at the second biggest show of the year.

Before her 2020 season, Natalia Soltero struggled at some of the bigger shows. After placing in sixteenth at Olympia in 2019, the performance seemed to be a turning point in her career.

Soltero won the Arnold Classic Figure International title in 2020. Natalia is determined to return to the top of the podium this year. She had an impressive season in 2020. After winning the Arnold, she followed it up with success at Mr. Olympia where she placed in second. Then in 2021 placed second again at Olympia. Fans are excited to see what improvements Soltero has made to her physique to win her second Arnold trophy.

In addition, Cydney Gillon is back and competing in the Figure International division. Ever since placing in third at 2016 Mr. Olympia, the bodybuilding juggernaut has worked relentlessly to make sure that doesn’t happen again. Gillon has won Mr. Olympia Figure a total of five times (2017, 2018, 2019, 2020, and 2021). Given the dominance she’s displayed in the sport, it will be interesting to see how opposing physiques compare to the package she plans to bring to the Arnold this year.

The last call out saw Nicole Zenobia Graham, Cydney Gillon, Jessica Reyes Padilla and Lola Montez take the stage. It looks like the division’s conclusion will be decided in the finals. Gillon is still considered a massive favorite, but the other three athletes who made the final call out could steal some headlines when all is said and done.

After all, these call-outs who you think will walk away with the Figure International Title? Be sure to check back FitnessVolt.com/arnold-classic/ for the finals which take place on Friday, Mar 04, in the evening.