Bodybuilding legend Arnold Schwarzenegger shares some valuable advice, tips and anecdotes on how to ignore your haters 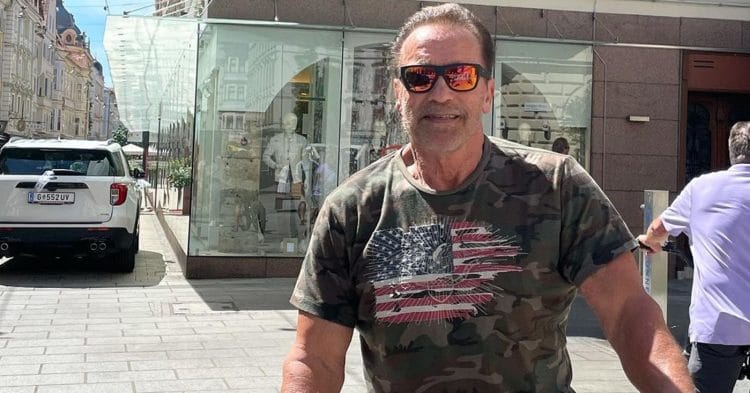 Arnold Schwarzenegger is probably one of the greatest celebrities that have ever lived. Arnold got his fame through his unique career, as he was an amazing bodybuilder, a movie star, and a politician. Going through his life and trying to be the best in everything he did, Arnold accumulated a lot of experience, and he is sharing it in his newsletter.

In the latest edition, Arnold is hoping to help people get into 2022 with a new and improved mindset. Arnold talked about a few motivational stories, and encouraged people to stop listening to the naysayers. Furthermore, Arnold explained that it is never over unless we accept defeat.

Arnold points out that it is a necessity to take the matter into your own hands. Everyone has some talent to help them achieve their goal, it is just a matter of realizing what it is and using it. It doesn’t matter if other people don’t believe in you.

“I want to tell you the story of Dick Fosbury, an engineer who once broke his hand trying to jump over a chair, then won an Olympic Gold medal in the high jump. He was probably the least athletic guy out there, but he used what he knew, which was engineering, to find a way to beat the competition. He learned that if he arched his back and flopped over the bar in a certain way, he wouldn’t touch it. This became known as the Fosbury Flop, and every single high jumper uses it today.”

“Think about that the next time that someone tells you that you aren’t good enough. There is always a way for all of us to make the most of what we have.” wrote Schwarzenegger.

Related: Arnold Schwarzenegger Shares Tips To Get Started With Weightlifting

Don’t listen to anyone trying to diminish your success, it does not matter if it is a small win or a big breakthrough.

“The bottom line is, as always, to not listen to the naysayers and keep fighting for your dreams. If we all listened to everyone that told us no, we would never get out of our bed and our biggest accomplishment would be finding a new Netflix show. It just takes one small victory to get us on the path of success, just like I talked about in my last newsletter. Don’t wait for the big thing, or you might be waiting forever…” wrote Schwarzenegger.

Don’t Let The Setbacks Stop You

Maybe you made some poor choices, which brought you some life problems that you did not want, or maybe you had some hardships that you could not have influenced in any way, like a bad childhood. You shouldn’t blame anyone, and just look forward, find a way to make your life better. Arnold points out that he learned all his lessons through sport, because every athlete had some setbacks in their life.

“Fosbury could have quit when he broke his hand jumping over the chair, but he went on to be an Olympic gold medalist. Tyson Fury could have kept drinking and feeling sorry for himself, but he got back to training and became one of the greatest heavyweight champions ever.”

“If any of you are struggling to find your passion in life, look to them for some inspiration. Even at your darkest points, there is always a light at the end of the tunnel.” wrote Schwarzenegger

Arnold Schwarzenegger is most definitely the person to listen to when it comes to dealing with haters. Arnold came from Austria and became one of the most dominant figures in bodybuilding, a world-famous movie star, and a governor of California. All while facing haters and setbacks on every step of his journey.

The 7 Most Intense Bodybuilding Methods