After a short career as a bodybuilder, Ben reflects on his decision to step away from the sport to preserve his health. 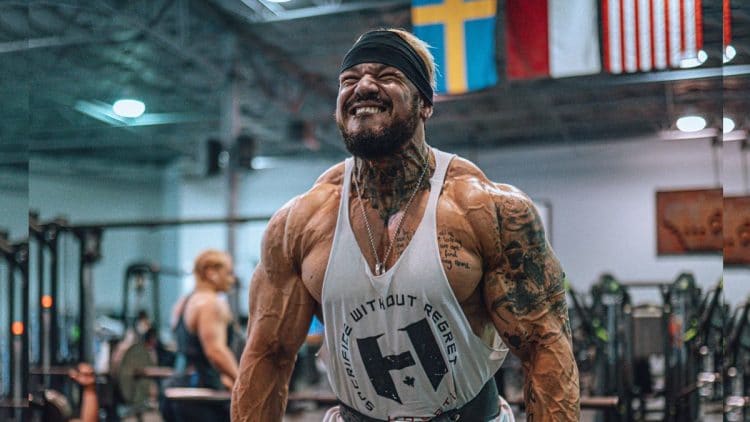 Bodybuilder Ben Chow emerged onto the scene in 2020 and made a lasting impression on the sport despite only performing at a few shows. In a recent Instagram post, Ben Chow reflects on his decision to retire and explained some of the struggles he’s delt with throughout his career.

Recognized for his even proportions, Ben quickly made a name for himself in the sport of bodybuilding. He competed at his first NPC show in 2020 at the Texas State Championships where he placed in second. Following his runner-up performance, Ben competed at two more NPC shows the next year. Chow earned the biggest win of his budding career when he took first place at the 2021 Lee Labrada Classic. Before sailing off into retirement, Ben placed in third at the 2021 Texas Classic.

Between 2017-2018, Ben battled a kidney infection that led to sepsis. The road for Ben Chow hasn’t been without its challenges. These obstacles largely factored into his decision to step away from actively competing in bodybuilding.

Ben Chow on Retirement: “Redlining My Body Is Just Not A Sensible Strategy”

In a recent post made on Instagram, Ben Chow discussed at length his decision to step away from competitive bodybuilding.

“My time on stage is done.

Something I have spent the last 6-8 months deliberating hard and something that I’ve battled back and forth with. My love for Bodybuilding and challenging myself burns brighter than ever, but I have to be realistic and honest. I have to recognise where I am at in live, what is important in the long run and where I can add value to those around me.
As many of you know I had a Kidney infection in 2017/18 which progressed to sepsis, this caused a lot of stress and some damage to my Kidney function, which I have spent the last 4 years being very cautious to my approach in Bodybuilding to allow me to continue to push without regressing further. The reality is, being 290Lbs+, taking PEDs and redlining my body is just not a sensible strategy or something I NEED to do. I am in an incredibly fortunate position in both Life and Business and I am now able to accept this and embrace this new path in my life.
This is of course very bitter sweet for me, but I am excited to redirect my time and passion to my Family and clients and be the best man, Husband, Father and coach I possibly can.” Ben Chow posted.

According to Chow, he’s spent the better part of eight months battling with himself to retire. After healing from a kidney infection, Ben has taken the last four years to cautiously approach the sport again. However, the idea of weighing 290 lbs while taking PEDs isn’t something Chow feels he needs to do.

Given the dangers of the sport, Chow is ready to embrace a new path in life. There has been a growing number of deaths in bodybuilding recently. Last year, 2018 Mr. Olympia Shawn Rhoden died from a heart attack and George “Da Bull” Peterson passed away just days before competing at the 2021 Olympia. Tragedy struck again earlier this week as the untimely passing of the late Cedric McMillan sent shockwaves through the bodybuilding community.

Chow’s window as an active competitor was short, but he walks away from the sport with his health intact. After a brief career as a bodybuilder, Ben Chow is enjoying retirement and will redirect his focus on his family.