After the family of Luke Sandoe explained that he died of a heart attack and not suicide, his best friend Ben Chow and IFBB Pro Fouad Abiad made a response video to clear up a few things. 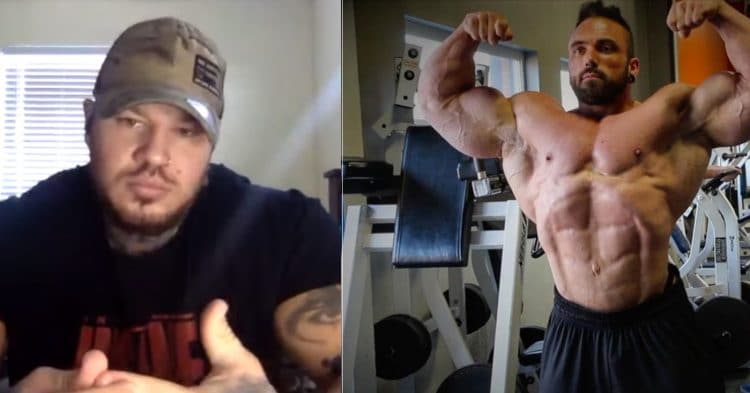 The untimely passing of Pro bodybuilder Luke Sandoe hits even harder today, on the day that he would have turned 32 years old. Initially, his death was believed to be caused by suicide and his best friend Ben Chow made a video explaining why the promising bodybuilder likely took his own life not long after.

But then today, a family member, according to the details in the post, shared a message on Luke Sandoe’s Instagram which you can read below (scroll through Inst post to see the entire message).

This individual explained the suffering Sandoe’s family has been going through with all of the speculations and rumors about his death and they revealed the cause as heart failure and not suicide.

Read more: Family of Luke Sandoe Reveal More Information About Cause of Death

So in response to this post, Ben Chow and IFBB Pro Fouad Abiad (also a good friend of Luke Sandoe) had a discussion remotely where they shared their thoughts. So, seeing as Chow was Sandoe’s best friend who knew intimate details about the latter, spoke first. He wanted to discuss the situation in a way that is not disrespectful in any way, however, he wanted to share details he believed were important for everyone to know.

“I find the timing of it strange but that’s kind of irrelevant I guess,” he explained.

“I’m not retracting what I said originally, at all, and I never will. I stand by everything I’ve ever said about Luke.”

Chow explained how careful, conscious, and sensible Sandoe was about his career and that he never jeopardized his health for the sport. “One thing that Luke was passionate about was taking care of his health“.

“Luke was putting his body under stress but from other areas in his life. To say that the pressures of bodybuilding and the requirement to look a certain way is what led him down this path is insane. I promise you this, that is not Luke, that was never him.”

Chow allowed Abiad to speak after this point as it seemed to be a bit much for him at the moment.

“I think I’m pretty upset about what I saw today,” Abiad explained. He was also upset about the reactions of other people who were quick to say that Sandoe died from all the drug use, etc.

Abiad said that he and Luke’s other friends didn’t set out to mislead anybody.

“If it was something bodybuilding related that caused Luke’s death, I wouldn’t dance around it, and I wouldn’t run away from it.”

“We made the proper videos in accordance with what we knew took place. I’m not sure what motivations anybody has to put out the statement they did put out but whatever they are that’s their business. All I can say on my end and I’ve come to known Ben very well now is we have no reason to lie both of us are honest people”. “We don’t bullshit people.”

Abiad felt that it was an invasion of privacy to have access to Sandoe’s account. “We don’t even know who has the account, to begin with.” He suggested that people consider what he and Chow know based on their close relationship with Sandoe as opposed to immediately believing what someone unknown at the moment wrote on his page.

Chow wanted to add a few things in at this point of which he talked about protecting Sandoe and understanding that not everyone knows exactly what someone’s going through which can lead to assumptions.

“Take heart failure on paper in black and white looking through a keyhole, if you see heart failure on a post mortem or autopsy and you see a 300lb bodybuilder there’s a natural assumption, it’s very easy to connect those two dots. What’s happening here is that people are getting 2 + 2 and they’re getting 20. There’s a big difference in looking at it through the keyhole vs looking at the entire picture.”

Abiad ended by explaining that people should really think about the fact that both stories could be true (referring to the other story). Chow added in that heart failure can occur intentionally or intentionally which should give everyone an idea of what may have likely happened.

Watch the discussion below…

Bodybuilder Ben Chow emerged onto the scene in 2020 and made a lasting impression on the sport despite only performing...