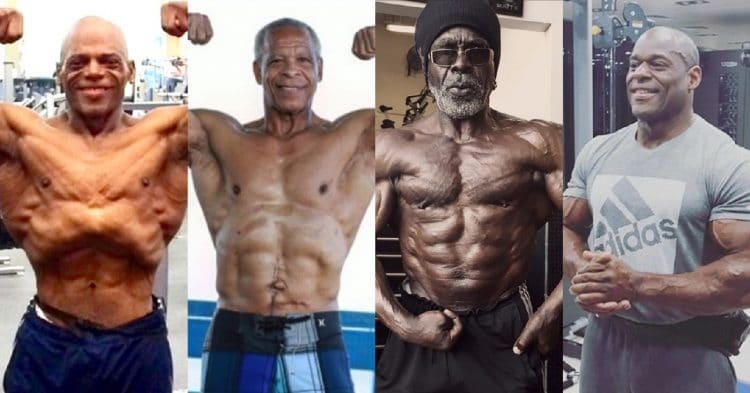 As bodybuilders age, their bodies oftentimes begin to break down. However there are a select few athletes who can keep things up, and even thrive, well past their 60’s. Today we take a look at some of these genetic specimens, who are still in great shape.

Let’s face it, even though bodybuilding is not a contact sport, it is extremely hard on your body. The older you get, the more difficult it is to push your body’s limits. The end result of a life of elite bodybuilding is usually more surgeries than you can count; just ask Ronnie Coleman.

That being said, there are some incredible men who have been able to defy the aging process. These bodybuilders have managed to stay in unbelievable shape, well into the middle age portion of their life. Today we take a look at these such athletes, and break down the best of the best.

Former Mr. Universe winner Tony Pearson began his career among bodybuilders in 1976 as a teen competition. He would go on to win the aforementioned NABBA Mr. Universe title in 1980, and have several respectable performances at the sport’s biggest contests all the way until 1994. However he would shock the bodybuilding world when he came out of retirement in 2014, to compete at 57 years of age.

When he made that comeback, it was clear that Tony was in unbelievable shape, especially for his age. He says that his secret is just continuing to work out in the same ways he did during competition. Even still, he is rarely ever missing more than a day or two or working out every week.

Earning the nickname the “Man of Steel,” Bill Grant was wildly successful in his prime. Starting weight training at nine years old, he was basically groomed to be one of the best bodybuilders in Earth. That is precisely what he was too, winning the Mr. World and Mr. International titles throughout his career that spanned 44 contests and over two decades.

Even after his final bodybuilding show in 1994, Bill has managed to stay in unbelievable condition. Now, well into his 70’s Bill is one of the most jacked grandparents alive. His physique at 74 is enough to make some 24 year olds envious.

During the prime of his career, Robby Robinson was easily one of the best bodybuilders in world. This was made evident by his multiple wins at the Olympia, Mr. Universe, Mr. International, and Mr. World contests. The latter half of 1970’s was practically ruled by the Georgia native.

Despite the fact that he has not competed since 2000, Robby has kept himself in impeccable shape. He credits this to the unique style of training he has, which is less strenuous on his muscles, resulting in fewer injuries over the years. Whatever it is, there can be no denying that it works for him, as he looks unbelievable for his age.

There was once a time that Vince Taylor held the record for the most IFBB wins out of all the bodybuilders at that point. His 22 pro wins were eventually surpassed by the aforementioned legend Ronnie Coleman. However it is safe to say that Vince has been able to maintain his body a lot better than Ronnie, in his later years.

While he spent the early years of his career lifting heavy, Taylor would change his approach in his 40’s. He began to realize how important it was to focus on conditioning and avoiding injuries, rather than adding mass. This switch has allowed him the longevity to win several titles in the Master’s division of the Olympia.

What do you think of our list? Were there any bodybuilders that we missed?