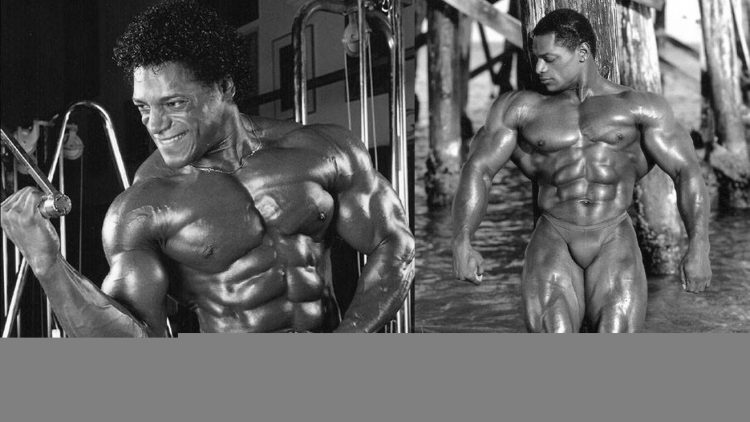 Tony Pearson (born January 11, 1957, in Memphis, Tennessee) grew up in St. Louis, Missouri is an American bodybuilding champion. In 1976 at the age of nineteen, he moved to California to fulfill his dream of becoming a professional bodybuilder.

He headed straight to the “Mecca of Body Building” Venice Beach where he was discovered by Arnold Schwarzenegger, who became his mentor. Later Arnold featured him in his first Encyclopedia of Bodybuilding. Pearson was known to have the best shoulder to Waist ratio in bodybuilding.

His Bodybuilding career began to take flight as he worked his way through the Amateur Competitive ranks in 1978 Winning the (AAU) Mr. Los Angeles, Jr. Mr. USA, Jr. Mr. America, Mr. California (short) and (AAU) Mr. America, the second youngest to win Mr. America. Other bodybuilding competitions that he has won during his career the 1979 (WBBG) Professional Mr. World, (WABBA) World Championships, the 1980 Universe (Professional).

After conquering the individual aspect of competition, the more dramatic style of couples competition appealed to his artistic side. Combining his stage charisma with the dance of two finely tuned physiques worked well to his advantage. In an unprecedented winning streak, he won six IFBB Professional World Mixed-pairs titles with four different partners in 1982 and ’83 (Shelley Gruwell), ’84 (Carla Dunlap), ’85 (Tina Plakinger), ’86 (Juliette Bergmann) and ’88 (Carla Dunlap).

In 1991-92, he competed in the (WBF) World Bodybuilding Federation shows launched by Wrestling mogul Vince McMahon. They dubbed him the “JETMAN”. In 2007 he was inducted into the Muscle Beach Bodybuilding Hall of Fame.

In 2010 at the age of fifty-three, he made a return to the Stage Guest posing with his former Mixed Pairs partner Juliette Bergmann at the “Juliette Bergmann BodyBuilding Classic” in Holland.