Big Ramy looked to be in tremendous shape, until three months before the 2021 Mr. Olympia 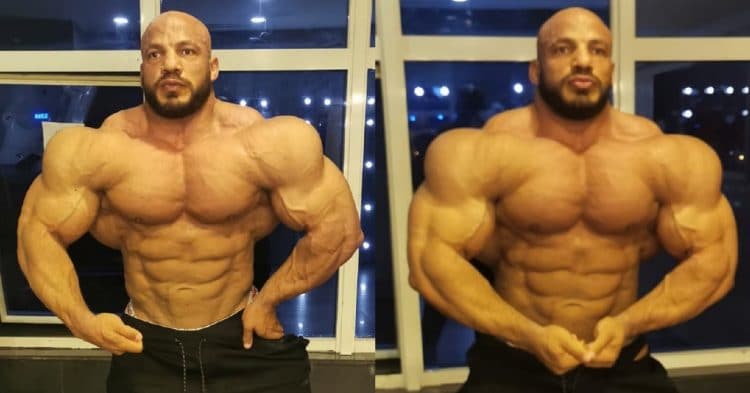 Big Ramy was able to capture his second Mr. Olympia title a few weeks ago, beating a variety of competitors to do so. However a recent post from his coach has revealed that he did not even start training for the Olympia, until about three months out.

Fans had no idea what to expect from Ramy heading into this year’s Olympia, in large part due to the fact that he did not really share much in the way of physique updates leading into the contest. In the end, he brought a hefty, over 300lb package to the stage, which was enough to secure him a second straight Sandow.

With that type of showing, you would think that he was training all year long for this show, but that was apparently not the case. According to an Instagram post from the champ’s coach Chad Nicholls, he did not even start his prep until he was about three months out, but as displayed with the brand new pictures that had never been seen before, his 327lb frame was already in great shape.

“Here are 3 never before seen pics of 2x Mr. Olympia @big_ramy – these were check-in pics taken August 1, 2021 – after only one month of training – his weight is approximately 327 – we started this year‘s Olympia prep July 1 – up until this point he had not trained since the Olympia on December 19, 2020 – let that sink in for a minute – in my opinion it was one of the most amazing preps I’ve ever seen for what he was able to accomplish in a short period of time,” Nicholls wrote.

It is crazy to think that Big Ramy did not train at all in between winning the 2020 Olympia, and starting prep for this year. This also somewhat explains the fact that he did not look as good as the year prior.

When asked why things happened like this, Chad explained that Ramy had to take care of some things last year, but that this year would be different. So it will be interesting what they are able to do in the coming year.